LAFC has had trouble finding the net early, which will prove even more difficult against the Union's legendarily stingy defense. See why our MLS picks like the tense tempo of a championship to prevail Saturday.

For the first time in almost 20 years, the top team in the Eastern Conference will match up with the best team from the Western Conference as LAFC hosts the Philadelphia Union in the 2022 MLS Cup on Saturday.

A rematch of a 2-2 draw in May, this matchup is one of contrasting styles and team compositions. LAFC are a flashy team with big stars that likes to control the game, while the Union like to play direct and rely on their extremely stingy defense.

It should be an entertaining matchup, we break it down in our LAFC vs Philadelphia Union picks and predictions for the MLS Cup Final Saturday, November 5.

The Union set the MLS record for fewest goals allowed in a 34-match season this campaign, recording a club-record 15 clean sheets in the process. Through their two playoff matches, they’ve conceded just once.

That goal was a 57th-minute tally from NYCFC last weekend. It was the ninth conceded goal over their last 10 matches — but four of those came in one match. They’ve kept five clean sheets in that span. Andre Blake might be the best shot-stopper in the league — a huge benefit were this match to head to penalties — and he made a massive one last weekend to keep them in the match while down 1-0.

During the regular season, the Union allowed just 26 goals in 34 matches. Just seven of those came in the first half of matches.

No, that’s not a typo. The Union allowed seven goals before halftime. In 34 matches. They’ve not conceded one in their last seven outings including the playoffs.

But for all their second-half dominance, they’ve struggled at the outset of matches. In their 17 home matches, LAFC scored just 15 goals. While they’ve done better of late — they’ve found the back of the net before halftime in three of their last four at home — they’ve failed to score multiple goals in the opening 45 in six of their last seven at home, and in 12 of their last 13 overall.

This all brings us back to Saturday. The Union aren’t conceding before halftime, and LAFC aren’t scoring before halftime. Now you’ve got a final, where things get cagey and teams tend to not take many risks, especially in the first half. When these two teams squared off in May, only one goal was scored before the break — and it wasn’t by the home side. Bet on the same thing happening here, with LAFC going into the break with a bagel by their name.

Looking to bet on MLS action? Here are two of the best bonuses* available:

Since the line opened last weekend, the home side has been strongly favored. It was set around -135 at most books, and while early money came in on the Union, the lines quickly moved back to the -140 range for LAFC.

LAFC have won four of their last five matches in regulation, and have lost just twice at home all season. In fact, just four times in 19 matches this season have they dropped points at home.

The Union come in having won eight of their last 10 matches, with one draw and one defeat. They have also won both of their playoff matches in regulation. However, their road form has been shaky. They’ve won just two of their last six away from home, tasting defeat three times. That includes a shocking 4-0 loss at Charlotte nearly a month ago, the last time they played on the road.

The last three times these teams squared off, the spoils were shared after 90 minutes. That includes the last two matches which were both played in Banc of California Stadium. However, Philadelphia could be without captain Alejandro Bedoya, who will be a game-time decision due to injury.

The Total is an intriguing market for this one. LAFC’s 66 goals were second in the league this season, trailing only…the Union. Defensively, LAFC allowed just 38 goals all season. Which trailed only Dallas and…you guessed it, the Union. That’s probably why the Over total opened at 3.0 and 3.5 at most books, before quickly getting brought down to 2.5 with the Over still being favored at the moment.

LAFC have kept four clean sheets in their last seven matches at home, but just one in their last six matches overall. They’ve conceded multiple goals just once in that span, against rivals LA Galaxy. Their match total has seen three or more goals scored in four of the last five, and in three of the last four at home.

You couldn’t ask for better weather for the final on Saturday. Temperatures at kickoff will be in the low 70s, with no rain and no wind. 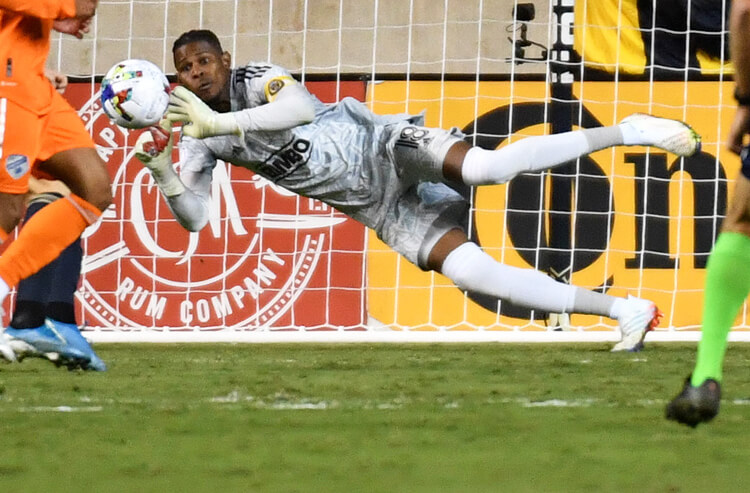