LAFC have been outstanding from start to finish in 2022 and MLS Cup betting odds have Los Angeles among the favorites for the 2022 postseason. Check out the full MLS Cup odds board and favorites below.

MLS betting odds for the 2022 MLS Cup are down to two teams, with the regular season in the books and the final in Los Angeles set.

Left standing are LAFC, the Supporters' Shield winners in '22, and Eastern Conference champions the Philadelphia Union, who finished the season level on points with LAFC.

Odds to win the MLS Cup

Live odds courtesy of FanDuel. Be sure to compare MLS odds before placing your bets.

Favorites to win the MLS Cup

LAFC have been one of the league's premier franchises since joining the league. The 2022 season was a new, second chapter for them in MLS, however, as the only coach in franchise history, Bob Bradley, moved on to Toronto FC.

Despite a poor end to the season, they did enough to clinch this year's Supporters' Shield and advance past cross-town rivals L.A. Galaxy and then Austin FC to reach MLS Cup.

Leading NYCFC and the rest of the Eastern Conference into the playoffs is the Philadelphia Union, who ended the season tied with LAFC on points and got a meeting with FC Cincinnati as a result.

After knocking off Cincy, the Union ended NYCFC's title defense to move to MLS Cup.

What is the format for the MLS Cup Playoffs?

When is the MLS Cup Playoffs?

The MLS Cup playoffs will get underway in mid-October and run for three consecutive weeks until the MLS Cup final on Saturday, November 5, ahead of the 2022 World Cup in Qatar.

How to bet on soccer futures odds

MLS futures odds are constantly adjusted throughout the offseason due to player transfers and injuries. Once the season begins, title odds will change as teams win and lose games and as more players get hurt or suspended. Sportsbooks will also adjust MLS odds based on handle and liability to certain teams.

This means that on a $100 bet, you'll stand to win $500 if Seattle wins the MLS Cup. If it's close to the end of the competition, or a club has been particularly dominant, you might see them with a minus sign (-) ahead of their odds.

Above we have posted the American odds for MLS. However, these are easy to convert to decimal odds or fractional odds with our odds converter tool.

The L.A. Galaxy have won an MLS record five championships, with DC United just behind with four.

In total, 14 different teams have won MLS Cup including first-time winners NYCFC in 2021. 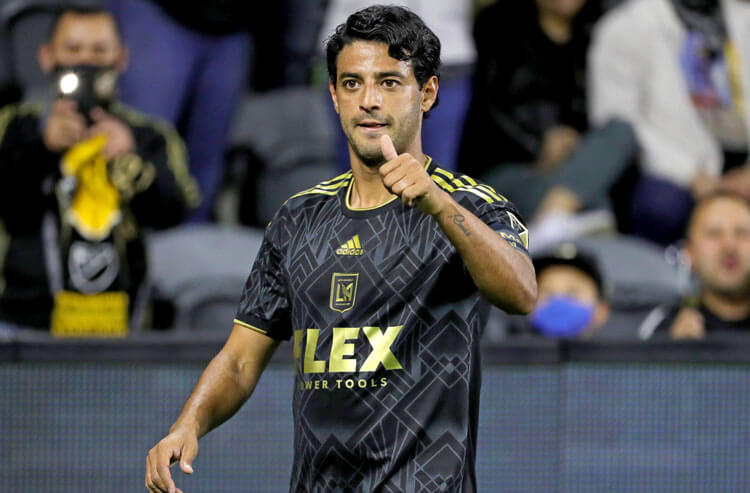