Both the New York Yankees and Toronto Blue Jays have gotten off to slower than expected starts this MLB season and are looking up at the Boston Red Sox in the American League East standings.

The division rivals begin a series in Dunedin, Florida where the Yanks hand the ball to ace Gerrit Cole, who will be out for some revenge after Opening Day loss to these Jays, while Robbie Ray makes his first start of the season for Toronto.

Check out our free MLB betting picks and predictions for Yankees vs. Blue Jays on Monday, April 12, with the first pitch scheduled for 7:07 p.m. ET.

Gerrit Cole (1-0, 1.46 ERA): Cole has looked every bit of the American League Cy Young betting favorite that you would expect him to be through two starts. He has allowed just two runs on nine hits while punching out 21 batters in just 12 1-3 innings pitched. That includes eight strikeouts against this same Jays team on Opening Day.

Robbie Ray (2020: 2-5, 6.62 ERA): Ray is looking to resurrect his career in Toronto and there were some glimpses of that last season when he came over from Arizona. The lefty dropped his ERA to 4.79 with the Jays and had a solid showing for the Jays in the postseason. Ray uses mostly a four-seamer and a slider to get batters out.

The temperature is expected to be 73.4 degrees Fahrenheit for first pitch, with northwest winds of 6 mph and wind gusts of 10 mph. Be sure to monitor the gametime conditions with our MLB weather info.

The Under is 4-0 in the last four meetings between these teams.  Find more MLB betting trends for Yankees vs. Blue Jays.

Both of these clubs are 4-5 on the season but at least they come into this one off a convincing win. The Yankees closed their series with the Rays with an 8-4 win Sunday, while the Jays hammered the Angels 15-1 on Saturday before Sunday’s finale was postponed due to rain.

Both teams are hoping these offensive outbursts are a sign of things to come because neither of these AL East teams have been potent at the plate to start the season.

That said, New York will be happy to lean on Cole in this one. The Yanks’ ace has looked fantastic so far this season, even in the Opening Day loss to the Jays, and has owned Toronto. Since coming over to the American League, Cole has a 2.13 ERA and a 0.87 WHIP in four starts against the Jays.

That doesn’t bode well for a team that hasn’t been scoring much outside of that 15-run outburst against the Angels, is hitting .213 vs. righties, and is striking out 10 times per game.

Simply put, the Blue Jays have been able to win games to this point thanks to their pitching but, unfortunately, they go up against one of the best in baseball. Look at the Yankees on the runline and maybe take a look at Cole’s strikeout prop as well.

When it comes to the total, it is a little surprising that two teams known for bashing the baseball have actually played to the Under in their last four meetings, with all three games in their season-opening series falling below the number.

But it’s a little less surprising when you consider each team’s slow starts on offense. The Yankees are scoring just 4.12 runs per game this season and while the Jays are a little better at 4.56, but again the bulk of that scoring came in their onslaught last time out against the Angels.

While the Yankees have hit lefties fairly well, the Blue Jays can back up Ray with a bullpen that ranks fourth in ERA at 2.25. In the other pen, Aroldis Chapman is back to anchor a bullpen that already has a 1.73 ERA and is limiting opponents to a .152 average. This should be another close contest that falls below the number. 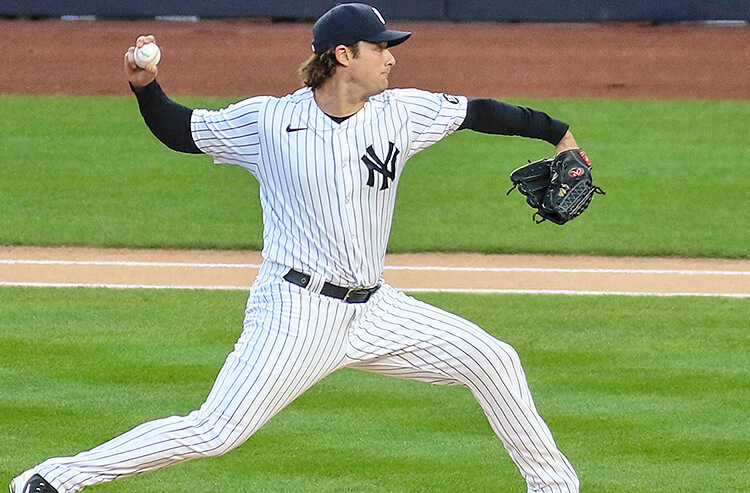