Philadelphia's looking at a do-or-die Game 6 in Houston tonight and we can expect a tense battle between two stud starters. Our World Series picks highlight both starters' strong play and more for the Phillies vs. Astros from Houston. 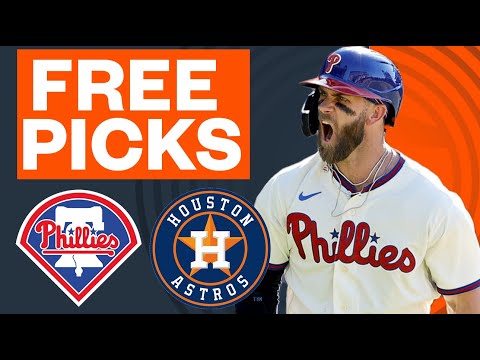 It all comes down to this for the Phillies in a win-or-go-home Game 6.

The 2022 World Series is on the line, as the Astros hold a 3-2 lead and can become champions with just one more win. The series returns to Houston for the final two games after Games 3-5 were held in Philadelphia.

Check out our MLB picks and predictions for the Philadelphia Phillies and Houston Astros on Saturday, November 5 to find out — and check out our Phillies vs. Astros play props for more.

Phillies vs Astros picks and predictions

It’s said that Game 5 is the most important game in a series, and the Astros held on for a 3-2 win on Thursday night to move one game away from becoming champions for the second time since 2017. After falling just short as the runner-up in both 2019 and 2021, will they get back in the ultimate winner’s circle in 2022?

The Phillies will send out Zack Wheeler as their Game 6 starter, a trusted arm that they’ll rely on to force an all-deciding Game 7. Wheeler has been superb this season with a 2.80 ERA and 0.99 WHIP. He was hit hard in Game 2, surrendering four earned runs across five innings while allowing six hits and three walks. It was the first time he’d allowed more than three earned runs in a game since August 20.

I will be betting on a return to form for Wheeler in this spot, as his numbers on the season do not point toward a sudden regression. He has a 26.9% strikeout rate and 5.6% walk rate, making batters whiff while also refusing to allow too many free passes. That’s a recipe for success, and Game 2 seems like an aberration. His postseason ERA is still only 2.67, as he’s been a trusted arm that the Phillies will not hesitate to turn to in a time of need.

Game 6 figures to be a pitcher's duel as the Astros send Framber Valdez to the bump. Valdez had a 2.82 ERA in the regular season and has only gotten better in the postseason, allowing just two earned runs across 19 innings for a sterling 1.42 ERA.

Neither lineup has been setting the world on fire, as the Phillies have a .702 OPS in the postseason and the Astros have a .694 OPS. The Under has cashed in three straight games in this series and I will be betting on a fourth Saturday night.

Wheeler and Valdez are both top-notch pitchers, and both bullpens have been highly effective — Philadelphia has a 2.45 ERA in relief this postseason, while the Astros have a minuscule 0.88 bullpen ERA.

Give me the Under in Game 6.

Looking to bet on some World Series action? Here are two of the best bonuses* available:

A) Zack Wheeler and Framber Valdez to combine for Over 13.5 strikeouts BOOSTED to +200 at BetRivers! Bet Now

Oddsmakers have established Houston as the favorite to bring home the World Series in Game 6. Depending on the book, the Astros range from -140 to -154 favorites. That comes as no surprise considering they have been favored in every game except for Game 4 — which they won 5-0.

It’s splitting hairs when talking about who has the starting pitching advantage. Both have been fantastic this season and effective in the postseason, although Wheeler might have more question marks, considering his less-than-stellar performance in Game 2. The bullpens have been phenomenal for both sides, although Houston gets the edge there thanks to its terrific form in the postseason (0.88 ERA, 0.78 WHIP).

At the plate, Houston once again has a slight advantage. Including both the regular season and playoffs, the Astros rank four in wRC+ (119) and fifth in wOBA (.331). Philadelphia isn’t far behind in either category, ranking eighth in wRC+ (109) and seventh in wOBA (.327).

All in all, it seems correct that the Astros are favored to win Game 6. Any price below -150 still seems like value considering an argument can be made that Houston holds an advantage in starting pitching, relief pitching, and hitting — and it’ll be playing at home, where it’s 5-1 in its last six playoff games.

The total is set at 7 across all books at the time of this writing, with the most common odds being +100 to the Over and -120 to the Under.

Game 1 hit the Over as the Astros grabbed an early 5-0 lead only to see the Phillies mount a furious comeback and win 6-5 in extra innings. That was the last game to go Over, as Game 2 was a push while Games 3 through 5 all cashed Under tickets.

Betting the Under in Astros games has been one of the most profitable angles in the MLB all season long, going an absurd 101-64-9. With two great starting pitchers on the mound and a quality bullpen behind each of them, I don’t see a reason to hop off the train at this juncture.

The Under is 21-8-3 in the Astros’ last 32 games following a win, which will be the case again on Saturday. The Under has been a good bet in home games, too, going 6-2-2 in their last 10 playoff games at Minute Maid Park.

Phillies vs Astros trend to know

The Under is 21-8-3 in the Astros’ last 32 games following a win. Find more MLB betting trends for Phillies vs. Astros

Zack Wheeler (13-9, 2.80 ERA): Wheeler has been terrific in his third season in Philadelphia. He’s been tremendous in general for the Phillies, maintaining an ERA below 3.00 for three straight seasons. He’s been much more effective at home (1.85 ERA) than on the road (3.84 ERA), which is unwelcome news in this contest at Minute Maid Park. Can he get past his Game 2 performance when he allowed four earned runs in a loss?

Framber Valdez (19-6, 2.70 ERA): Valdez has been one of the best pitchers in the major leagues in 2022. Oddly enough, he actually has reverse home-road splits, posting a better ERA (2.27) in away games than at Minute Maid Park (3.54). Nonetheless, he’s been fantastic in the postseason with a 1.42 ERA across three starts. 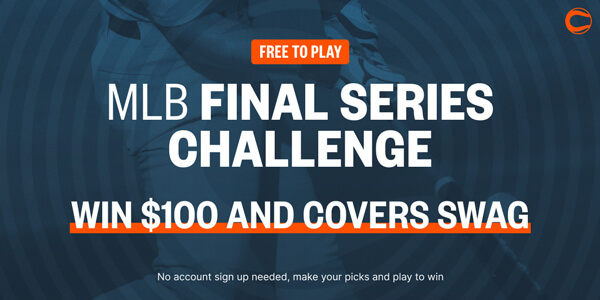