The odds board at The SuperBook at Westgate lights up Thursday night with more than 400 Super Bowl proposition bets. Jay Kornegay said prop bets will account for 60-65 percent of Super Bowl handle. 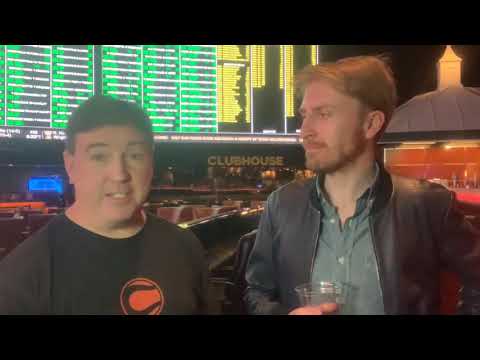 For many years, Super Bowl proposition wagers were seen as sucker bets, a way to separate more of the public bettors from more of their money. But that perception is becoming more and more divorced from reality with each successive Big Game. **video

Proof of that can be found at The SuperBook at Westgate, on the Thursday night following the NFL’s conference championship games. That’s the traditional night – heading into the bye weekend before the Super Bowl – on which The SuperBook posts its Sears catalog of prop bets, again numbering more than 400 this year.

As the prop bets spill onto the massive digital odds board – so many props that it takes three cycles or more to list them all – there are plenty of casual bettors eager to have some fun and be among the first to place wagers. But make no mistake, there are several sharp bettors on hand, doing the serious work of quick calculations to see where early opportunity exists.

Jay Kornegay, who oversees The Superbook as vice president of race and sports for Westgate, can vouch for that fact.

“We certainly see that,” Kornegay told Covers on Thursday, a few hours before the props posted. “Just going back through the history of prop bets, there was a lot of talk years ago – even from older, educated bettors – that these were sucker bets. But over time, players realized there was value across the board. There’s a lot of perceived value now. Props went from a sucker bet to an opportunity.”

Rufus Peabody, a renowned professional bettor and sports analyst, is among those who find that opportunity. As has been the case for several years, Peabody was on hand Thursday night, when props were revealed for the Feb. 2 Super Bowl LIV clash between the San Francisco 49ers and Kansas City Chiefs.

And a lot of Peabody’s work was completed well before the props went up.

“I’ve been doing this since the Super Bowl in 2009, between the Cardinals and the Steelers,” Peabody said. “I have many of the proposition sheets from previous years, from all the books, that I keep in a file. So I know almost all of the props. I have all these models I’ve developed over the years, so I have all these projections and game props pretty well organized.

“I take a lot of info and put it into a framework where I can analyze it quantitatively, and put a number on it.”

So when the props cavalcade opens for betting, the sheer volume becomes much less overwhelming. Peabody advised that if you know what you’re looking for, the process isn’t nearly as daunting.

“At openers, I’ll bet the stuff that I know isn’t going to last,” he said, specifically noting Over/Under offerings in which he likes the Over, since the public almost always fires on Over and Yes options. “If I like Over on a prop, or there’s a prop with a ridiculous amount of value that I don’t think is gonna last, I’ll play that, as well as props that won’t generate a lot of interest from public bettors.”

Indeed, when the props first go up, a battle of the brains begins between The SuperBook’s oddsmakers – who huddled up for two full days this week to hash out all the options and odds – and the sharp players.

“It’s our analytics against theirs. If we’ve got something at -140, and their analytics say it should be -160 or -170, then that’s what they’re gonna play,” Kornegay said. “If a prop is 30 cents, 40 cents, a dollar higher, they’re gonna bet on that particular prop until the value is gone. You see that the first couple of days, not just tonight.”

Peabody expanded on that back-and-forth: “There will always be props that I make a different projection on or that are priced differently. When you’re getting lines that are the opinion of one bookmaker, you’re going to have more differences of opinion, and the function of the markets is to close those differences. That’s the value of hitting the openers.”

In this year’s case, one of the props Peabody hit right away was on 49ers running back Raheem Mostert’s longest rush, betting on Over 16.5 yards – based on his aforementioned premise of an Over number that he expects to grow.

That said, there’s some longer-term strategy going on here, as well. Peabody is not only looking for props that require immediate action; he’s also filing away some props for future use, closer to or on game day, after the public has had their fill and he can get a friendlier price on the opposite side.

“I’m not blasting everything at openers. If I blast too much, I’ll be hurting my value on later bets. You don’t want to influence the markets too much. So I’ll wait on a lot, as well,” Peabody said. “My calculation comes down to, by betting a prop early, will it hurt my value later? And, is this the best line I’m gonna see? It’s not a scientific calculation. It comes from years of experience.”

And from years of seeing the public pound all the popular plus-money plays, looking for small risk/big reward. One of the props Peabody will wait on is Chiefs quarterback Patrick Mahomes total rushing yards, which opened at 30.5. He already likes the Under, but knows the public will drive that number up, giving him more yards to work with come game day.

“The public loves betting Yes and Over, and the weekend of the Super Bowl, what I find value on is very different. The books are rooting for the same things as I am – Unders and for things not to happen,” Peabody said. “Certain game props are always bet by the public. But they’re paying a premium on these lottery-type tickets – will there be a safety or will the game go to overtime?

And he’ll likely get No at a much better price than was available when the prop first went up. Understanding that the public is looking for entertainment value and a bigger win, Peabody said there are ways to have fun and still sprinkle in some wagers – at shorter plus money or with some reasonably priced favorites – that stand a much better chance of returning a few dollars to your pocket at game’s end.

“There are certainly things that don’t need math skills. Just notice a team’s tendencies. If you’re a football fan, you can analyze those things,” he said. “No sharp will bet that there’s gonna be a safety. But people will have differing opinions on the ability of San Francisco’s defense to cover tight ends, or how the Chiefs will game-plan to stop the 49ers’ running game.”

Then he proffered a great example, a wager the public loves that could be worth a shot on the predictable play of Yes.

“Some bets are harder to calculate mathematically, like the number of players to attempt a pass. The Over/Under is 2.5, juiced to the Under,” Peabody said. “Will a team run a gadget play? Will a wide receiver throw a pass? Or will there be a fake punt?”

The probability of Yes on props such as that expands when one considers there are no more games after the Super Bowl. The championship is on the line. Unique or desperate times can call for unique or desperate measures.

“This isn’t just any game, and it does seem like teams run trick plays in the Super Bowl,” Peabody said, alluding to the Philly Special that the Eagles ran two years ago in their win over the Patriots, and even a couple of plays called during this season’s playoffs.

So that’s one of the more fun props where the public might land on the same side as a professional such as Peabody, though he understands such alignment doesn’t happen often when it comes to the Super Bowl.

“Most of the bets I have are not fun to root for!” Peabody said with a laugh. “I would say just remember that, in general on the big plus-money props, bettors love the lottery mentality. If that makes it more fun to watch, then so be it. It’s entertainment, after all.”

But if you want to heighten your chances of winning a few bucks, then perhaps stretch your brain a bit and look at a couple options more likely to have you cashing tickets.

As Peabody summarized: “The best thing about sports betting is you can test yourself, and see if you’re right.” 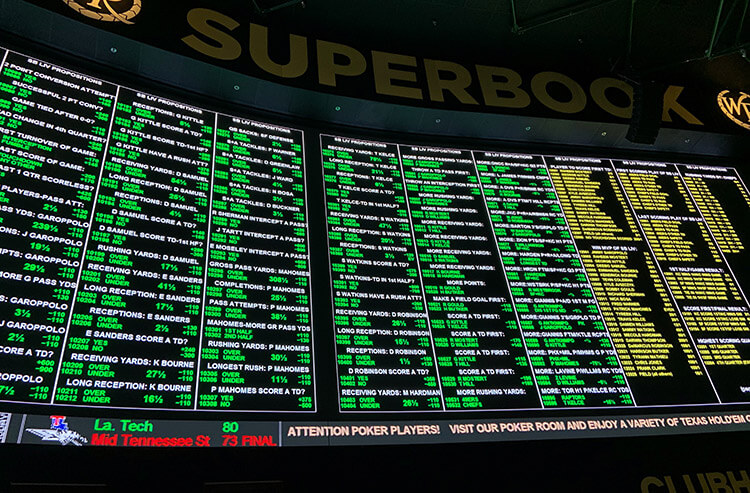