The Mohawk Council of Kahnawà:ke says their gaming business is being threatened by Ontario's iGaming market, which launched in April and is the first of its kind in Canada.

A new lawsuit is seeking to shut down the competitive market for online sports betting in Ontario, as an Indigenous government organization says the regulatory scheme is illegal and that it threatens their gaming business.

The Mohawk Council of Kahnawà:ke (MCK) said in a press release Monday that it authorized a law firm to file a notice of application with the Ontario Superior Court of Justice in connection with the province’s market for online sports betting sites.

That legal action is aimed at the Attorney General of Ontario and iGaming Ontario, a relatively new government agency. The MCK says it challenges “the legality and constitutionality of Ontario’s unilateral re-interpretation of the ‘conduct and manage’ provisions of the Criminal Code on which Ontario has based its new iGaming scheme."

Ontario launched an iGaming market in April that allows private-sector operators of online sports betting and casino gaming sites to take bets. More than 30 operators have since launched in that regulatory framework, which is the first of its kind for Canada.

However, Ontario’s iGaming market is unique because no other province is using the federal law that governs gambling in the way that Ontario is — and this is what the MCK is challenging. Depending on the outcome of the Mohawk challenge, there could be serious consequences for the gambling-related status quo in Ontario, Canada’s most populous province.

“The plain facts are that Ontario has implemented an iGaming scheme, which is based on a very tenuous legal foundation, that is causing a significant loss of revenues for our community,” Ratsénhaienhs (elected Council Chief) Michael Delisle Jr. said in a press release.

It’s a disagreement rooted in the unique nature of Canadian gaming law, which is different from how legal sports betting functions in the United States.

Moreover, Ontario had been warned that its interpretation of the law could open it up to legal challenges, although the province was confident it complied with the rules.

To begin with, the legal foundation for gambling in Canada flows from the federal Criminal Code. The code has a blanket prohibition on gambling, but through the years, that ban has been whittled down with several exceptions. One is pari-mutuel wagering on horse racing, and another is for a province to “conduct and manage” certain forms of gambling (which in the code are called "lottery schemes").

Using the “conduct and manage” provisions of the Criminal Code, Ontario has been able to allow lottery games, casino gambling, and iGaming using the government-owned Ontario Lottery and Gaming Corporation (OLG). However, in 2019, the Ontario government signalled its plans to develop a competitive iGaming market that would also allow private-sector providers of online gambling to do business in the province.

Ontario has implemented its regulated market by creating iGaming Ontario (iGO) and requiring operators to sign contracts with the government agency. Ontario says it is iGO that is conducting and managing this iGaming, from which the province receives a share of the revenue (which is reportedly 20% but may be lower due to promotion-related deductions).

“Gaming Operators that have successfully registered with the [Alcohol and Gaming Commission of Ontario] and have executed an operating agreement with iGO can offer their games to players in Ontario,” iGO says on its website. “Operators offer gaming sites in the market on behalf of the Province in accordance with these agreements.”

But, again, no province has ever done this in Canada. The Ontario government was also warned last year by the province’s auditor general that iGO’s business model could be subject to legal action, as there have been similar efforts mounted in the past challenging whether a province allegedly delegated their “conduct and manage” powers in an illegal way.

“While certain details of Ontario’s Internet gaming initiative have yet to be finalized, there are indicators that a significant amount of decision-making power and business risk will rest with private operators,” the AG wrote in her annual report. “As a result, there is legal risk with respect to whether iGaming Ontario meets the ‘conduct and manage’ threshold set out in the Criminal Code.”

The MCK appears to be making the sort of arguments the auditor general warned about, saying that private operators, not the province, are conducting and managing the iGaming going on in Ontario's market. Among other things, the MCK notice of application alleges it is private operators that are responsible for key decision-making activities and that it is the operators, not the province, getting the lion's share of iGaming revenue.

Now, the MCK wants the iGaming market shut down "in its current form," the council said in an email to Covers.

The MCK's notice of application (a copy of which was viewed by Covers) asks the court to declare the Ontario government does not "conduct and manage" the iGaming in the province's new market as is required by federal law. It also asks the court for an order "quashing" Ontario's iGaming scheme, claiming it is beyond the power of the provincial legislature "to the extent it permits online lottery schemes which are not conducted and managed by the Ontario government."

Failing that, the notice seeks an order declaring the iGaming scheme "inoperative or otherwise without effect to the extent it permits online lottery schemes which are not conducted and managed by the Ontario government."

The MCK said in an email on Tuesday that if they are successful, "Ontario will be forced to return to the drawing board and adopt an online lottery scheme that is consistent with the Criminal Code."

Still, Ontario moved forward with its plans for the regulated iGaming market, and told Covers last year it had “carefully designed the online gaming model so as to achieve that objective in compliance with the requirements of the Criminal Code that apply to Ontario."

The iGaming market launched in April and more than $10 billion in wagers have already been taken via the framework. Some of the operators that have launched in the market are major sportsbook operators, such as FanDuel, DraftKings, and BetMGM.

Players in Ontario can #PlayWithConfidence.

Look for the iGaming Ontario logo to know if the site you're playing on is offered by a legal and regulated Operator.#PlaywithConfidence pic.twitter.com/RhcxlI7Zaq

But this has not sat right with the MCK, which has deep roots in the iGaming industry.

The MCK established the Kahnawà:ke Gaming Commission (KGC) in 1996, and the commission has been licensing and regulating online and land-based gaming within and from Kahnawà:ke (which is located south of Montreal, in Quebec) ever since.

A company owned by the MCK was also the sole operator of Sports Interaction in Canada, although it is now partnered with Entain PLC, which acquired the company that owns the SIA brand. The Mohawk gaming business includes Mohawk Internet Technologies, too, which hosts online gaming operators licensed by the KGC.

This means MCK is very interested in any gambling-related legal developments in Canada. One, of course, is Ontario’s new iGaming market. Another, though, was the decriminalization of single-game sports betting in Canada last year, about which the Mohawk had serious concerns.

The MCK told federal lawmakers that they have a constitutional right to conduct, facilitate, and regulate gaming-related activities, noting they had engaged in wagering "from time immemorial,” including before the arrival of Europeans in North America.

Yet the MCK was worried that single-game sports betting, in the way that it was ultimately passed by Parliament, would undermine its gaming business and pose a threat to the economic well-being of its community, among other things.

“MCK takes no issue with the Code being amended to permit provinces to facilitate sports betting,” the council said in a submission to a House of Commons committee. “MCK does, however, take issue with the ongoing failure to amend the Code to reflect and accommodate the Aboriginal right held by the Mohawks of Kahnawà:ke.”

Nevertheless, the single-game sports betting bill was passed in the summer of 2021 without any explicit mention of Indigenous governments or gaming rights, just that the provinces would be permitted to conduct and manage single-game wagering. Ontario then launched its iGaming market in April 2022 with online sports betting included.

The MCK now wants to test the legality of Ontario’s market. And part of the rationale for the lawsuit is that Ontario's regulatory scheme is harming the Mohawk gaming business. This is because the council alleges the iGaming regime blocks all other gaming regulators and gaming operators licensed by the KGC from taking bets in Ontario unless they are also registered with the AGCO.

“Until Ontario sought to impose its ill-designed reinterpretation of ‘conduct and manage’ on operators and service providers, Kahnawà:ke was able to successfully operate across Canada in a regulated manner,” Delisle said in the release. “The… iGaming framework will have devastating effects on a source of income that has supplemented programs and services in our community for the last two decades.”

The MCK said it has made “numerous attempts” to discuss Ontario’s iGaming scheme with both provincial officials and Canada’s justice minister.

“However, neither has been prepared to engage in meaningful discussions with the MCK to reconcile and accommodate Kahnawà:ke’s unique interests in the gaming industry,” the release added.

The council has now launched what could be the first lawsuit challenging the province's iGaming scheme. None of its claims have been proven in court.

In response to questions from Covers, iGO said it can’t comment on the case as it is now before the courts. The Ministry of the Attorney General said it had been served with a notice of application but that it likewise couldn't comment. 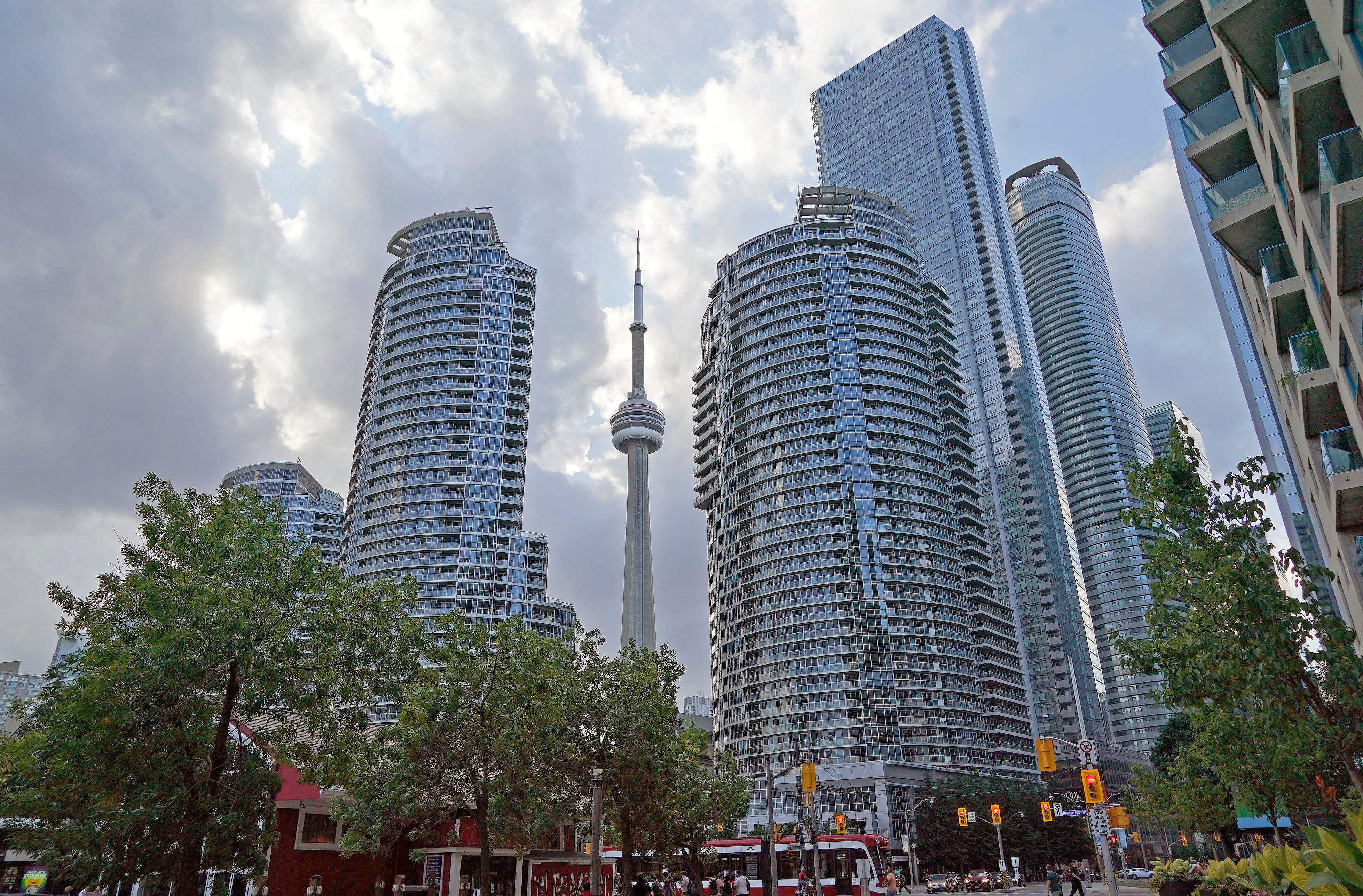