OLG is set to face a whole new kind of competition in 2022, when a host of online sportsbooks are expected to enter the Ontario market and compete with the government-owned operator.

Ontario Lottery and Gaming Corp. has a sizable to-do list for 2022 that includes offering more sports, props, and a standalone mobile app to users of its PROLINE+ online sportsbook — which is expected to face a lot more legal competition in the coming months.

First, though, the government-owned entity wants to ensure loyal customers in Ontario can make single-game bets at the hundreds of lottery retail locations around the province.

OLG’s customers have for decades been making the trip to stores to fill out paper slips and get their betting tickets. However, until relatively recently, Canadian law required those wagers to be parlays. The requirement was only officially eliminated in August after federal legislators legalized single-game sports betting offered by the provinces.

Now, the question OLG is asked most often by customers is when single-game wagering will be available at lottery retailers, according to Pridmore.

“So that has been really our focus, is to make sure our retail customers have the ability to place a single bet at retail,” he said.

The new retail capabilities, including a “bet builder” mobile app to help with the placing of in-person wagers, are expected to launch in the New Year. OLG is the owner of more than two dozen casinos too, and the company is talking to their private-sector service providers about how to get brick-and-mortar sportsbooks up and running at those facilities.

Also on OLG’s list is a spring launch of a digital version of its “POOLS” game, in which players wager $5 each to see who can most correctly predict the outcome of a slate of games, such as this weekend’s NFL action. The winners receive the pot of wagered money.

There are a variety of tweaks coming for OLG’s PROLINE+ as well. The online sportsbook launched on August 27 and remains the only legal outlet for wagering on sports over the internet in Ontario.

It is online where OLG could soon face intense competition for the betting dollars of Ontarians.

That’s because the Ontario government is trying to put the finishing touches on a new market for internet-based casino gambling and sports betting. The market envisioned by the province would allow private-sector operators of online sportsbooks to compete with each other — and OLG — to take wagers from Ontario gamblers. In return for access to the provincial market, operators would give the government a cut of the revenue generated.

Several big names from the sports-betting industry have voiced an interest in bringing their business to Ontario. Some of those operators have deep pockets and haven’t been afraid to spend huge sums on advertising and generous sign-up offers in the U.S.

OLG has never had to face the kind of legal competition that the Ontario government is aiming to encourage with its iGaming framework, which would also be a first for Canada.

So, since the new market was announced in 2019, the provincial operator has been working to close the “product gap” it may have compared to potential rivals, Pridmore said. Those efforts have included the launch of PROLINE+ and the recent addition of live dealer casino games on OLG's website.

PROLINE+ is accessible only via a website at the moment, but OLG is aiming to launch a mobile app for the book by around the middle of 2022, Pridmore said.

Adding more sports and more props is a priority as well, as PROLINE+ is mostly a meat-and-potatoes operation at this point. For instance, a PROLINE+ bettor can wager on a football game but not on a NASCAR race, and on whether there will be missed field goal during an NFL game but not on how many passing yards a quarterback racks up.

“Our focus is to continue to add more sports progressively throughout the year,” Pridmore said.

While OLG anticipates having more game props available for the Super Bowl, the broader assortment of player props isn’t expected to be in full swing until around mid-2022, he added.

In general, though, OLG is trying to control the things that it can control, such as offering the best betting markets and odds it can on the events that locals care most about, such as Toronto Maple Leafs games. The company is also making sure customers know that they can wager online with it and that proceeds will help fund hospitals and other provincial responsibilities.

“From a strategy perspective, I would say that we're not really creating any kind of hyper-competitive tactics to try to push out any of our competitors,” Pridmore said.

Waking up to two NFL games on a Tuesday like: pic.twitter.com/XgZOmauX3H

OLG's gambling website has already amassed around 1.1 million customers and about a quarter of all new users are arriving to bet on sports, according to Pridmore. Approximately 70% of sports wagers are single-event ones, he noted.

There have been growing pains, however. Opening up the province's only legal online sportsbook means having to manage the risk that comes with the arrival of sharp bettors and their potentially hefty wagers. PROLINE+ does cap single bets at $20,000 but those limits can be lowered for several reasons, such as a player's activity.

Moreover, OLG's online sportsbook has only been live since late August, and "stake factoring" is something the company is still grappling with, Pridmore said.

"The policy will continue to be assessed as we grow and take on more bets," he added.

There will likely be betting limits at the other books that open in Ontario's new iGaming market too. The internet gambling provided by private operators in that market will technically be conducted and managed by iGaming Ontario (iGO), a recently created government agency.

"iGO expects Operators to run their business in a prudent manner which may require business decisions to limit player activity in certain situations," iGaming Ontario spokesperson Lindsay Rennie said in an email. "iGO Operators must have processes in place to respond to customer concerns."

And there is a non-zero chance that OLG will have to contend with a barrage of bonus offers from new kids on the block when Ontario's iGaming market opens. That poses a different kind of challenge for the company because it has to answer to its shareholder, the Ontario government, which has to answer to its bosses, the voters.

“We'll continue to be as competitive as we can on a bonusing front, within what OLG’s comfortable with,” Pridmore said. “We balance a few different areas that we want to make sure that we're providing the right offers from a customer and from a return to the government perspective.” 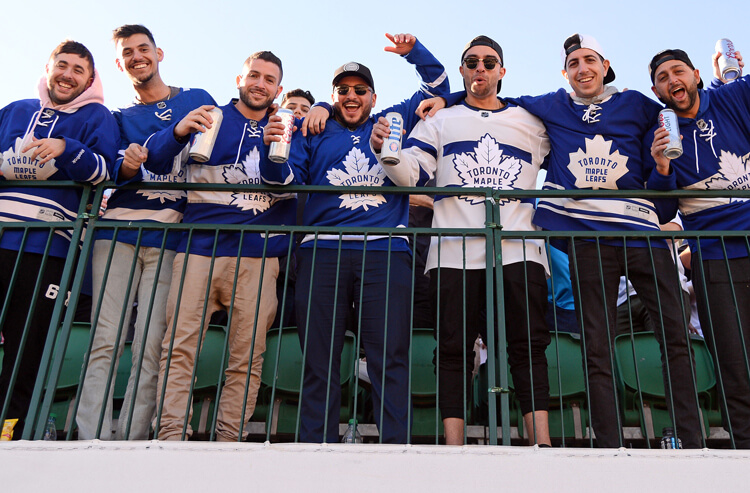