Single-Game Sports Betting to be Legal in Canada on August 27: Justice Minister

Bill C-218, the Safe and Regulated Sports Betting Act, was passed by Parliament in June, but left the date it would come into force up to Prime Minister Justin Trudeau and his cabinet.

Single-game betting will be legal in Canada starting on August 27, which is when the country’s provinces will finally be able to offer parlay-free sports wagering to punters.

Justice Minister David Lametti made the announcement on Thursday in Niagara Falls, Ont., more than a month after Parliament passed Bill C-218, the Safe and Regulated Sports Betting Act, and its tweak to the country's Criminal Code.

The legislation, when it comes into force in about two weeks, will end Canada's longstanding ban on single-game sports wagering and leave it up to the provinces to decide how they want to implement and offer it to bettors.

“With these amendments, provinces and territories will be permitted to conduct and manage single event sport betting in their respective jurisdictions and offer Canadians an opportunity to place bets in a regulated and safe environment either online or in physical facilities, with the exception of betting on horse racing, which will continue to be regulated by the federal government,” a press release stated.

Punting it to the provinces

Now, for many Canadians, the first chance they’ll have to place a single-game bet will be through websites, apps, or kiosks run by a government-owned provincial lottery corporation.

Today, the federal government announced Bill C-218 will come into effect August 27. At that time, players will be able to place single-event bets and bets on racing and fighting on @PlayNowSports! 19+ (1/2)

In Ontario, Canada’s most populous province, Ontario Lottery and Gaming Corp. looks like it will be the first place bettors will be able to turn to for legal single-game wagering.

The Crown agency announced Thursday its new "PROLINE+" product will be launched on August 27, the same day single-game betting will be allowed. The platform "will enable its players to place a legal bet on a single event from their mobile device, tablet or desktop device for the first time ever in Ontario," the lottery corporation said.

However, the Ontario government is also developing a competitive market for internet gambling that is scheduled to launch by December and will include sports betting. It’s in that market private-sector operators could offer their own products to sports bettors.

"The plan all along was to have it (single-game betting) as part of the framework," Ontario Attorney General Doug Downey said in an interview with Covers on Thursday.

Downey added that single-game sports betting now doesn't need to be an "add-on module" to the iGaming market. Instead, it could just be part of the market as it is being rolled out.

Single-game wagering at casinos or other retail settings could be possible in the future as well. Downey said the Ontario government is still consulting and receiving advice about potential in-person betting, but the focus at the moment is more on the general conducting and managing of single-game betting in the province.

"In terms of the speed of change, and particularly with governments, we're going 90 miles an hour, and it's a top priority," he said. "Even when I say December, that's pretty fast for government."

The only restriction for provinces is they won't be able to offer single-event betting on horse racing, as the sport and its pool-style pari-mutuel betting will remain under federal oversight. C-218 was amended during its legislative journey to keep that status quo in place.

"The government believes it is important that we ensure minimal disruption to the Canadian horse racing industry," Lametti told reporters on Thursday.

A decade of work

C-218 was sponsored by Conservative MP Kevin Waugh, but it wound up garnering broad political support in the elected House of Commons and the appointed Senate.

At one point, even Prime Minister Justin Trudeau voted in favor of the private member's bill, which mirrored separate single-game sports betting legislation the Liberal government had itself proposed. C-218 was ultimately passed by Parliament near the end of June.

However, the text of the bill states the legislation will come into force on a day to be set by an order-in-council, which is a recommendation from Prime Minister Trudeau and his cabinet that is signed by Canada’s Governor General. The delay between Parliament passing C-218 and the legislation coming into force has grated on some opposition politicians and representatives of the Canadian gaming industry.

After urging the government to get on with it, New Democratic MP Brian Masse put out a press release on Wednesday saying he'd been informed Bill C-218 “will finally come into force as the law of the land on Thursday, August 12 with its proclamation by the government.”

First, the Liberals tried to prevent C-208 from being implemented and now they are doing the same thing to @KevinWaugh_CPC's legislation on single sports betting.

The Liberals need to immediately enact this legislation. They must respect the will of Parliament.

The legislation will take a bit longer than that to actually come into force, but it is definitely coming.

Thursday’s news nearly puts the final nail in the coffin of Canada’s longstanding ban on single-game sports betting. While initially put in place to prevent match-fixing, the prohibition, changing consumer preferences, and the onset of the internet all contributed to a situation in which it's estimated billions of dollars in bets are being placed by Canadians with offshore and illegal sportsbooks.

Moreover, the spread of legal sports betting in the United States has led to more gambling advertisements and content turning up in the sports consumed by Canadians. The situation has also created competitiveness concerns for Canada's gaming industry, including for its casinos in Niagara Falls and Windsor, as they can't offer all of the same products as their rivals to the south.

Provinces can soon try to pull that single-game betting business towards channels they regulate and tax. And depending on what provinces ultimately allow, the addition of single-game betting could serve as a pick-me-up to the COVID-19-hit gaming and hospitality industries, as well as to the Canadian Football League and other sport-related businesses.

“I am pleased to announce that single event sport betting will be legal in Canada on August 27th," Lametti said in Thursday's press release. "Canadians will have the opportunity to participate in single event sport betting in a regulated and safe environment, at the discretion of the provinces and territories. The Government of Canada will continue discussions on the future of gaming, collaboratively with provincial and Indigenous partners.”

The justice minister suggested there could be progress made in the future with regards to the government's Indigenous partners, as he said their inclusion, or lack thereof, was the "missing part" of the sports-betting discussion.

During debate on C-218, there was a failed attempt to amend the bill to specifically allow for an Indigenous council or government to run a “lottery scheme,” including sports betting, under an agreement with the federal government. Someday, Ottawa may revisit the issue.

"That's still a missing component," Lametti said on Thursday. "I'm consulting on that and hopefully we will move forward in that part of the file as well." 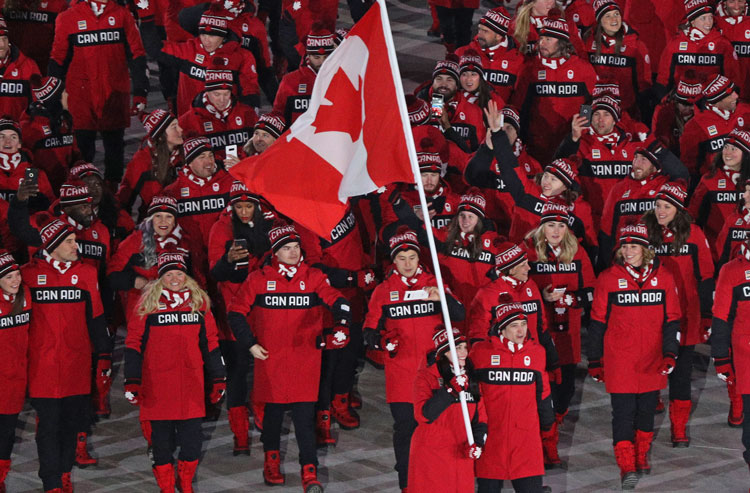 Single-Game Sports Betting to be Legal in Canada on August 27: Justice Minister
Provided by