An early snapshot of the new market for online casino gambling and sports betting in Ontario suggests a few familiar faces are leading the pack but that the competitive landscape could be shifting already.

The April 20 report from Morgan Stanley analysts Ed Young and Thomas Allen updates a previous analysis and shows Penn National Gaming Inc.’s theScore Bet with 35% of the app-download share in Canada this month among sports betting and iGaming operators.

Penn acquired Toronto-based theScore for around US$2 billion last year. Before then, Canadians were well acquainted with the popular sports-media app provided by the Toronto-based company, which also ran a pre-registration campaign for theScore Bet before the April 4 launch of Ontario's competitive iGaming market.

Yet the report from the investment-bank analysts found daily downloading of theScore Bet has declined since April 4. On that day, theScore's share of gambling app downloads in Canada was 65%, but it fell to approximately 18% on Monday and Tuesday of this week. Over the same period, bet365 has seen its share of daily downloads grow to 34% from 14%.

"Given that not all major US operators are live in the Ontario market yet (for example DraftKings), we expect to see further share shifts over the coming months," the stock analysts wrote. "However, taking first mover advantage has proven a successful strategy in most US markets so an early lead is a positive read-through for the top 5 operators which account for 92% of April [month-to-date] downloads."

The report gives an early idea of the competition in Ontario’s iGaming market, where names like theScore and bet365 have a bit of a head start on U.S.-based brands just now starting to offer sports betting and iGaming in the province. It also shows the situation is fluid, as it hasn’t even been a month since the new regulatory framework launched.

Ontario’s iGaming market is the first of its kind in Canada, allowing private operators of online sportsbooks and online casinos in Ontario that have received all the necessary regulatory approvals to legally take action in the province. Before the market's launch earlier this month, there was only one legal provider of internet gambling in Ontario, the government-owned Ontario Lottery and Gaming Corp.

No numbers have been published yet by iGaming Ontario (iGO), the government agency legally responsible for the new iGaming market. Operators that wish to launch in the regulated market must receive a registration from the Alcohol and Gaming Commission of Ontario and execute a commercial contract with iGO.

“Though players are not required to register directly with iGO we are in regular conversation with operators and are encouraged by the consumer interest in our first week,” iGaming Ontario told Covers in an email on April 12.

Further complicating the picture is that Ontario had a robust “grey market” for online sports betting before the April 4 launch of its new iGaming framework.

Provincial punters were estimated to be spending hundreds of millions of dollars every year with bookmakers operated and regulated offshore or outside the province. Some of those previously accessible names are now joining the new regulatory regime.

Bet365 launched in Ontario's regulated iGaming market on April 4, but it was accessible and popular in the province well before then. The Morgan Stanley report shows bet365's monthly share of sports betting and iGaming app downloads in Canada as 27% or higher going back to January 2021.

Furthermore, the Morgan Stanley report put bet365's app-download share for March at a whopping 77%. No other operator made it into double digits for the month.

The boom was likely related to the fact that bet365 was directing users in March to a new app for Canadian customers — and warning them their existing app would not be usable in April.

On Wednesday, bet365 was atop the Canadian rankings of free mobile apps for Apple devices in the “sports” category, according to research firm Apptopia. Second in the rankings was FanDuel, while theScore Bet and BetMGM were fourth and fifth, respectively.

Dale Hooper, general manager of FanDuel Canada, said on April 7 that the first week of Ontario’s iGaming market was “fantastic” for the company, which launched its online sportsbook and casino on day one in the province. That was even with a few bumps on launch day, as well as the requirements of the new regulatory climate, such as geolocation software that bettors must contend with before they can wager.

“There's been a learning curve, and we've hopefully tried to be as transparent and timely with our communication as we can be,” Hooper said in an interview with Covers.

But downloading an app merely suggests someone is interested in a company’s online sportsbook (theScore Bet is also unique in that bettors must download the app to wager; other operators offer a way to do so using just a web browser). It doesn’t necessarily mean a user will deposit or wager a lot of money either, or that they will use the app for a long time.

More companies continue to go live in Ontario’s iGaming market as well, such as bwin, meaning it may take a bit longer to sort out the winners and losers.

A registry maintained by the Alcohol and Gaming Commission of Ontario shows that an iGaming operator registration was issued on Tuesday for Betway, suggesting the bookmaker could soon launch in the province's regulated market.

The Morgan Stanley report suggests Betway's app has drawn considerable interest from Canadians, with the operator's monthly download share as high as 51% in January and February of 2021. It has since shrunk in the run-up and launch of Ontario's iGaming market.

“We are only four days in, but for sure that will be a very competitive environment we'll see in Ontario,” said Jette Nygaard-Andersen, CEO of bwin-owner Entain PLC, during a conference call for analysts and investors on April 7.

This story has been updated from its original version, after the Morgan Stanley analysts published a subsequent report that included more recent data and fixed "Fanduel/PointsBet/BetMGM mapping issues we found with our data provider." There had previously been no data for FanDuel in the Morgan Stanley analysis, the latest version of which revised figures for other operators as well. 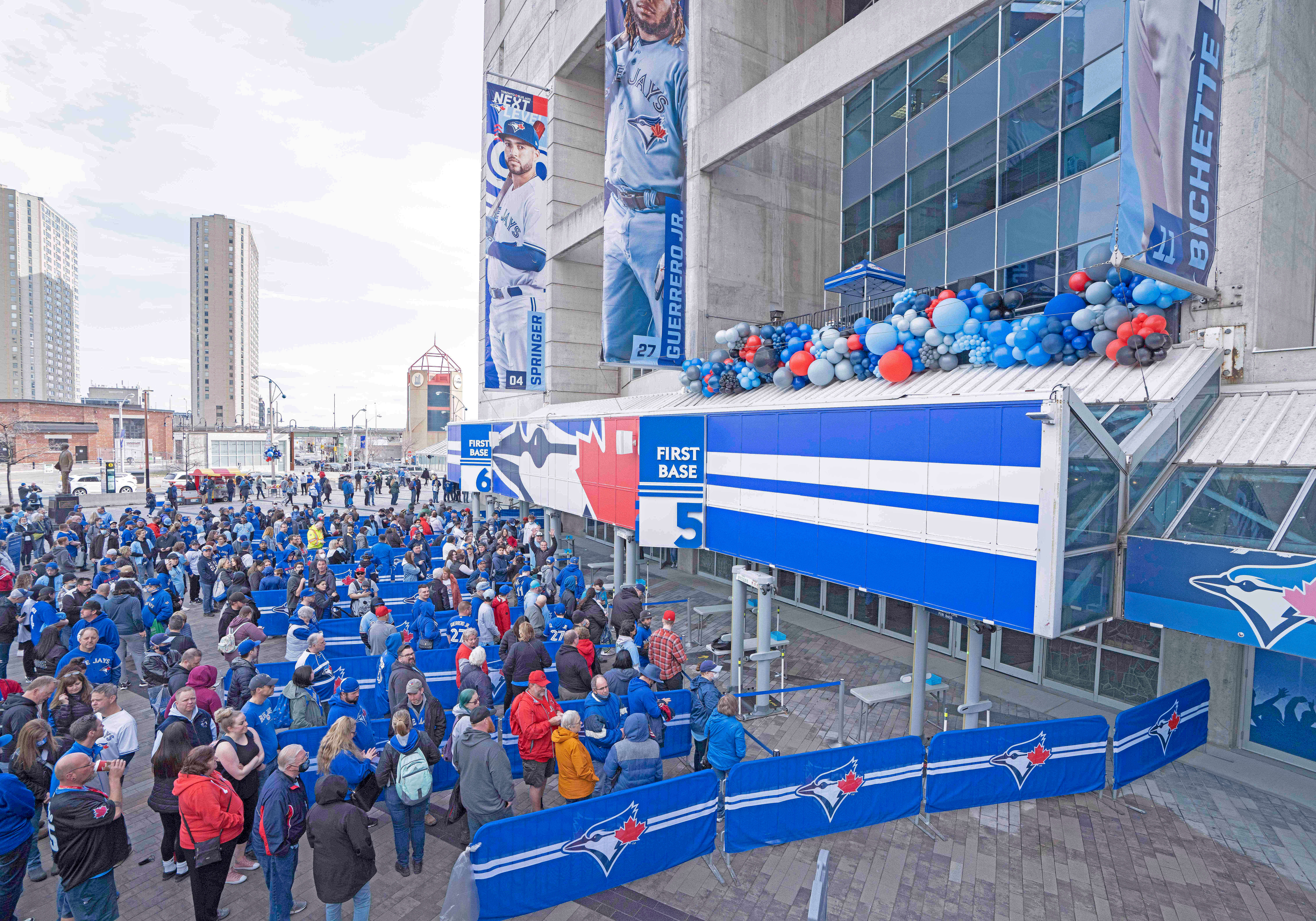