What was reported in October — that ESPN and DraftKings were close to a partnership that would get the "World Wide Leader" involved in the legal sports betting realm — has now turned into "nothing imminent," according to recent comments made by ESPN brass.

ESPN’s Chairman of Sports and Content, Jimmy Pitaro, said Wednesday that while his network (and parent company Disney) are exploring concepts, there is currently no deal in the works that would connect them with any online sports betting sites (or turn them into a betting entity) at this time.

In October, it was reported that @espn was nearing a deal with @DraftKings.

Changes at the top

DraftKings’ stock rose 14% the day of Bloomberg’s October report, and it would’ve been a huge coup for the Boston-based sportsbook to land a deal with ESPN (especially over rival FanDuel), but recent changes at the top of ESPN that could alter the direction the network chooses.

Two months ago, Bob Chapek, then the CEO of Disney, made comments to Bloomberg that suggested Disney was "working very hard" on a sports betting app that could have potentially been linked to ESPN.

Chapek was fired on November 20, however, with former Disney CEO Bob Iger returning after a three-year hiatus, leaving work ahead for Pitaro and Iger to figure out what role the Disney-owned sports company ultimately wants to take in the sports betting industry.

"The idea of leaning in a bit more here, creating a more seamless experience is something that’s definitely on the table again," Pitaro said. "For the third time, I apologize for repeating myself, but Bob’s ultimately going to have to dig in with me. We’re going to have to sit down. I’m going to have to walk him through this.

"He doesn’t just look through the ESPN lens. He looks through the, of course, the Walt Disney Company lens.”

ESPN owns a 5% stake in DraftKings and features its daily fantasy content on the site — while also having a partnership with Caesars Sportsbook.

Despite Bloomberg describing the potential October deal as "large" nearly two months ago, expansion appears to have halted for ESPN.

That said, Pitaro admits the sports-betting audience is "very attractive" — but we will have to wait and see where Iger stands and what he and Pitaro are willing to do with ESPN and its sports-betting interests. 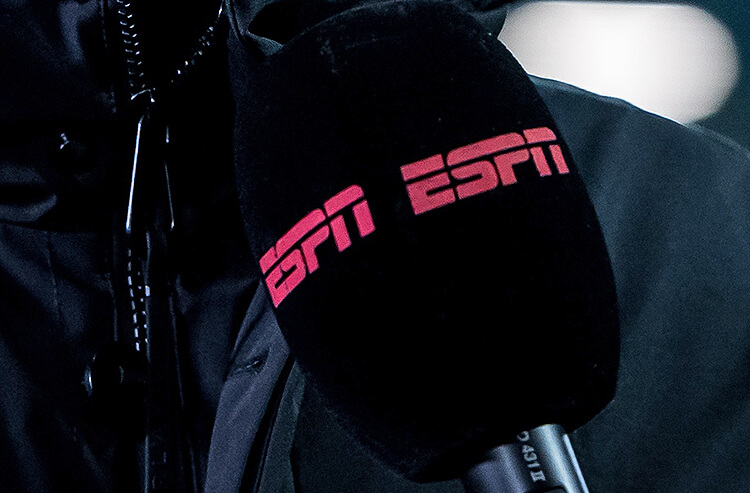