Senators on the committee will hear from witnesses during the meetings about the potential merits and concerns related to C-218, which was passed in April by the country’s elected House of Commons.

A bill that could legalize single-game sports betting in Canada will go under the microscope of a Senate committee Wednesday, as the upper chamber of the country’s Parliament begins a deeper study of legislation that has the potential to shake up the gambling status quo.

The Senate of Canada's banking, trade and commerce committee will hold its first meeting involving Bill C-218, the Safe and Regulated Sports Betting Act, on Wednesday evening. The bill was referred there by senators last week, and additional committee meetings regarding C-218 are already scheduled for June 4 and June 9.

Senators on the committee will hear from witnesses during the meetings about the potential merits and concerns related to C-218, which was passed in April by the country’s elected House of Commons with broad political backing.

Those currently slated to testify include the Canadian Football League's commissioner, Randy Ambrosie, and Gina Deer, a chief of the Mohawk Council of Kahnawà:ke, which is the owner of online gaming service Sports Interaction.

“The bill is widely supported in all of the constituencies to which it is relevant, and it was supported almost unanimously by our elected representatives in all political parties in the other place,” said Sen. Brent Cotter, the bill’s “critic,” during a debate last week on C-218. “We should support the bill and unlock its benefits for Canadians.”

A nation of parlays

Canada currently has legal sports betting, but only in the form of parlays. While there have been attempts in the past to overturn the decades-long ban on single-game bets, they have all fallen short.

Now, however, the rise of legalized sports betting in the United States, the embrace of gambling by professional sports leagues, and the potential for a new stream of revenue for governments are helping to drive another effort to allow single-game betting in Canada.

Bill C-218 would make that happen. The bill would end the ban on single-game betting by amending Canada’s Criminal Code and making it legal for the country’s provinces or their licensees to offer single-event sports betting on everything but horse racing, which would remain under federal oversight.

First, though, the bill has to clear Canada’s appointed Senate, its chamber of “sober second thought.”

The Senate committee hearings on C-218 will go a long way to determining its passage. When the committee is done hearing from witnesses, it will begin a clause-by-clause review of the bill, which is only a few paragraphs long.

Amendments to the bill could be proposed by senators during the committee stage before they report the legislation back to the 105-member Senate with or without any changes. If there are any amendments to the legislation made by the Senate, however, then it could delay its ultimate passage, as the bill would have to be returned to the House of Commons to consider those tweaks. Both chambers have to adopt the bill in identical form before it can become law.

Any amendment or additional delay could also increase the chances of C-218 failing to pass Parliament before it adjourns for a summer recess, which is currently scheduled to begin before the end of June. And if the bill does not pass before an election is called — a growing possibility in Canada — the legislation and all its progress would be wiped out.

Attempted amendments are a real possibility as well.

Sen. Vernon White, a former police chief, said last week that the “greatest concern” about the legislation was the integrity of sports in Canada.

While White was supportive of an amendment to C-218 that would create a new match-fixing offense in the Criminal Code, he held off on introducing one for the moment. However, he suggested he could do so if the bill comes back from the committee without such a proposed change.

“There are many tentacles to this piece of legislation,” White told his fellow senators. “Although it seems simple, I believe right now we're really looking at the beginning.”

Other senators have thrown their support behind C-218 as it is currently written. The federal Liberal government also proposed legislation of its own in the House of Commons that would have decriminalized single-game betting, but the bill got bogged down by parliamentary procedure and was supplanted by C-218.

During debate on the bill last week, the government’s representative in the Senate, Sen. Marc Gold, said the private member’s legislation (sponsored by Conservative MP Kevin Waugh in the House, and by Sen. David Wells in the Senate) had their support.

“The proposed changes to the Criminal Code in Bill C-218 will allow the provinces and territories to regulate this area and bring additional transparency to support responsible gambling,” Gold said on May 25. “These changes would be of significant benefit to border communities with casinos that are in competition with U.S. casinos in states that have recently changed their laws to allow single-event sport betting.” 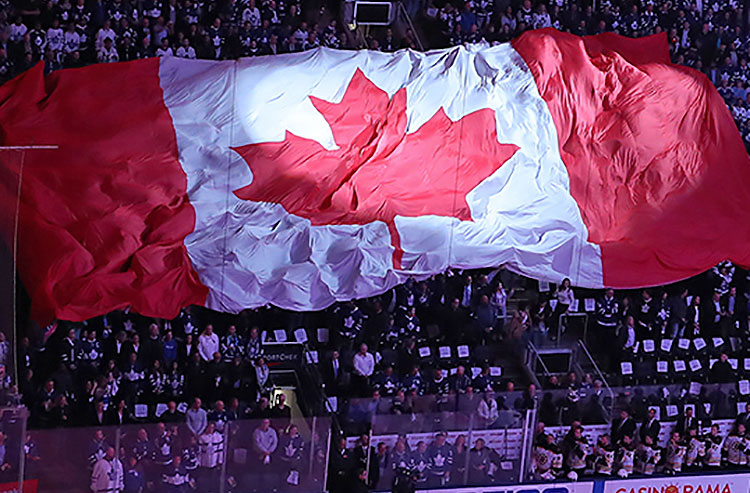