The proposed standards could lay the groundwork for a pretty broad online betting market in the province, with plenty of sports available for wagering.

There may not be much Ontario residents won’t be able to bet on when Canada’s most populous province launches its competitive internet gaming market later this year — as long as a wager isn't too disgusting or offensive.

On Wednesday, the Alcohol and Gaming Commission of Ontario released draft regulatory standards for sport and event betting, which will be allowed in the province's iGaming market when it likely launches later this year.

The proposed standards could lay the groundwork for a pretty broad online betting market in Ontario, with plenty of sports available for wagering.

Under the AGCO’s framework, there wouldn’t be a list of approved bets, there would just be criteria bets will need to meet to be offered in the province’s upcoming iGaming market. Those criteria include:

The AGCO’s criteria also include that the bet “is not reasonably objectionable,” does not involve cruelty to animals, and that it is being legally conducted.

“Bets on events which are unethical, allow entertainment to be derived from human suffering or death, or involve non-consensual violence or injury are examples of bets which would be considered to be reasonably objectionable,” the regulator’s standards state.

That would still leave a lot for bettors. According to the interpretation of a major industry group, the Ontario regulator's criteria will permit daily fantasy sports games (DFS), eSports, and more.

“The good news is that the AGCO will not be restricting products: betting exchanges, DFS, eSports, and live in-game wagering will all be permitted,” the Canadian Gaming Association said Wednesday. “Also, any operators who want to offer sports betting will not be required to use official league data.”

The draft standards released Wednesday, when they are finalized, will be inserted into standards for iGaming the AGCO recently released. The iGaming standards (with the sports betting guidelines included) will come into force when Ontario launches its new and competitive iGaming market, which is currently expected to happen in December.

Ontario’s new iGaming market is also being designed as legal sports wagering is set for a major overhaul in Canada, which follows Parliament passing a bill earlier this year that will allow provinces to conduct and manage single-game betting. The legislation, when it comes into force, will end the country’s parlay-only model for punters, although it will be left up to each province to decide how (or if) they want single-game betting offered.

Still, the combination of the competitive iGaming market, the legalization of single-game wagering, and the province’s population of more than 14 million people are setting the stage for fierce competition among sports-betting companies in Ontario. With its sizable population, the province has the potential to be a market on par with some of the biggest in the United States, such as Illinois or Pennsylvania.

“With the recent passage of Bill C-218 (Safe and Regulated Sports Betting Act) that amends Canada’s Criminal Code to legalize single-event sports betting in the country, the AGCO is moving quickly to build a regulatory framework that will allow for a regulated, open, and competitive market for sport and event betting in Ontario,” the watchdog said Wednesday.

The iGaming/sports betting standards will apply to Ontario Lottery and Gaming Corp.’s iGaming site, registered iGaming operators in the province, and the AGCO’s iGaming subsidiary, with which operators will have to strike commercial contracts to participate in the new market.

Other sports betting-specific standards released by the AGCO on Wednesday include that players must be “clearly informed” of the details of their bet before making it, such as identifying parlays as parlays.

Furthermore, operators can’t allow athletes, coaches, managers, owners, and “anyone with sufficient authority to influence the outcome of an event” to place a bet on games supervised by the governing body for their sport. The same goes for individuals with “access to non-public/exclusive information” about an event, someone who can affect an event's outcome, or the owners of a sports governing body.

One of the concerns during the debate on legalizing single-game betting in Canada had been about the potential for match-fixing. The AGCO, though, will require operators to put in place “controls” to sniff out unusual or suspicious betting activity — and report it to an independent integrity monitor.

“If an integrity monitoring provider finds that previously reported unusual betting activity rises to the level of suspicious activity, they shall immediately notify all other integrity monitoring providers, their member sports betting operators, the appropriate sport’s/event’s governing authority, and any other organizations or individuals identified by the Registrar,” the draft standards state.

The AGCO said the deadline for feedback on its proposed sports-betting standards is August 18, and that the comment period is the “final regulatory engagement” for iGaming in the province.

There are likely to be retail options for Ontario bettors at some point, such as in casinos or via the provincial lottery.

“The AGCO understands that land-based operators are also interested in sport and event betting,” the regulator said in a discussion paper that was also released on Wednesday. “As the Ontario Lottery and Gaming Corporation (OLG) will continue to conduct and manage land-based gaming, including lottery and casino-style sport and event betting, the OLG will work with land-based operators to bring these products to market.”

OLG is planning its own foray into the online sports betting world as well. The government-owned agency has already begun advertising a new “PROLINE+” product that it says will include live betting and new sports.

Currently, OLG offers a parlay-only lottery offering for Ontario sports bettors, which is all that Canada's laws allow for the time being. By the end of this year, it’s likely that will no longer be the case.

“We’ll have a major sports betting solution that will launch by the start of the NFL season, which we're very excited about,” said Duncan Hannay, president and CEO of OLG, during a June 9 panel. “It'll be single-event wagering ready.” 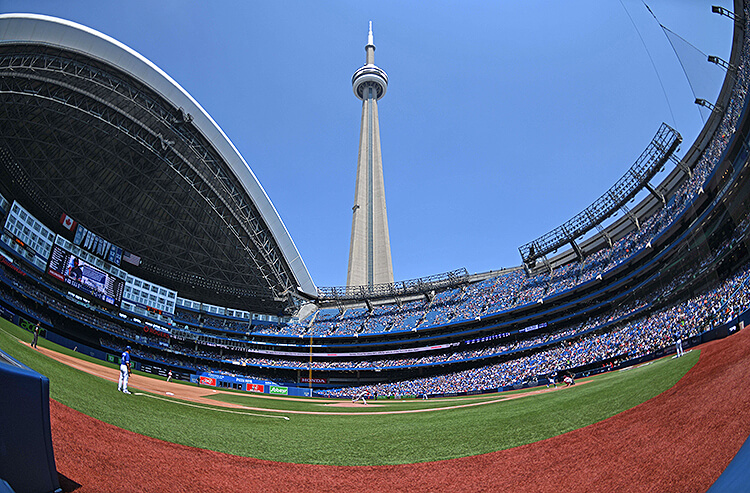