A bill that could legalize single-game sports betting in Canada passed another key milestone on Tuesday and was sent to a committee. It's progress, but the bill's fate is still up in the air.

A bill that could legalize single-game sports betting in Canada passed another key milestone on Tuesday and was sent to a committee, progress that moves the legislation closer to the finish line but still leaves its ultimate fate up in the air.

Bill C-218 would end Canada’s longstanding ban on single-game betting by making such wagers legal for provinces to offer on everything except horse racing, which already takes single-event bets under its pari-mutuel model and which would remain under federal oversight.

Yet before a bill can become law in Canada, an identical form of the legislation must be passed by both houses of the country’s bicameral Parliament. C-218 passed the elected House of Commons in April with broad support before moving to the appointed Senate, which adjourned in early May for two weeks after only initial debate on the private member’s bill.

The Senate resumed its work on C-218 Tuesday evening. After some debate, the legislation received its second reading and was referred to the chamber's banking, trade and commerce committee for further study and possible amendments.

"This is a simple bill," said Saskatchewan Sen. Brent Cotter, who is technically C-218's "critic" in the Senate, during Tuesday's debate. "It is grounded in principle, its goals are sensible, its benefits vastly outweigh its disadvantages. There are risks related to problem sports gambling, but those risks already exist and are going unaddressed presently. This bill will help to correct that."

The decision to send C-218 to a committee is progress for the bill. There is, however, still no guarantee that C-218 is ultimately passed by the chamber — which prides itself on providing “sober second thought” — or that it becomes law in Canada.

“I don't know if it will pass,” said Sen. David Wells, C-218’s sponsor in the chamber, in an interview with Covers on Tuesday morning. “If it doesn't pass, it won't be because people don't support it, it will be because process can get in the way.”

The pace of the bill's progress may be creating a tense situation for Canadian bettors and backers of C-218. The legislation represents perhaps the best chance in years to bring single-game wagering to the country — potentially sparking a burst of sports-betting activity à la the United States — but the clock is ticking and there is still work left to do.

A failure to pass C-218 before an election is called would kill the bill, and as vaccination numbers rise and COVID-19 case numbers fall that may become more of a possibility. The Senate, meanwhile, currently has about five weeks left with sitting days on its calendar before a scheduled summer break.

The Senate typically recesses a day or two after the House of Commons does as well, Wells said. So while the Senate may be scheduled to recess the week of June 25th, it may not make it that far, the Senator suggested.

“I think it's highly unlikely if we got to even that week,” Wells said. "If we have amendments, and the House has risen, then the bill essentially doesn't get dealt with until the fall. And there might be an election in the fall."

Despite this, the Senate could still give the bill a thorough review at the committee stage before reporting it back to the chamber for the final vote.

Even the fact that C-218 had strong, cross-party support in the House of Commons may not be enough to speed things along. Wells, for instance, sees it as a good bill, but not so good that it can skip the usual scrutiny given to legislation.

“If we were going to base as senators our opinion on what the House thinks, what's the need for the Senate?” Wells said. “I reject the frequent comment that we're a rubber stamp.”

Bill #C218 has been adopted at second reading in the Senate and referred to the Senate Committee on Banking, Trade and Commerce: https://t.co/G5goym5sXI #SenCA #cdnpoli #BANC pic.twitter.com/lY2yta2hpQ

There is action going on behind the scenes. Wells said he is constantly in conversation with his fellow senators about trying to advance C-218, which may not be as big a priority for them as other pieces of legislation.

Yet Conservative MP Kevin Waugh, who introduced and sponsored C-218 in the House of Commons, recently put the odds of the legislation passing at “50-50.”

Even so, Tuesday's news was likely a welcome sight for members of the sports betting industry that are looking to tap the Canadian market.

Toronto-based Score Media and Gaming Inc. is one such interested party, having already launched theScore Bet app in the U.S.

“With today’s passing of Bill C-218 on second reading in the Senate, we are now one important step closer to legalizing single event sports betting in Canada," chief executive John Levy said in a statement issued Tuesday night. "Following committee, we are optimistic that Bill C-218 will be swiftly passed at third reading in the Senate, receive Royal Assent and become law.” 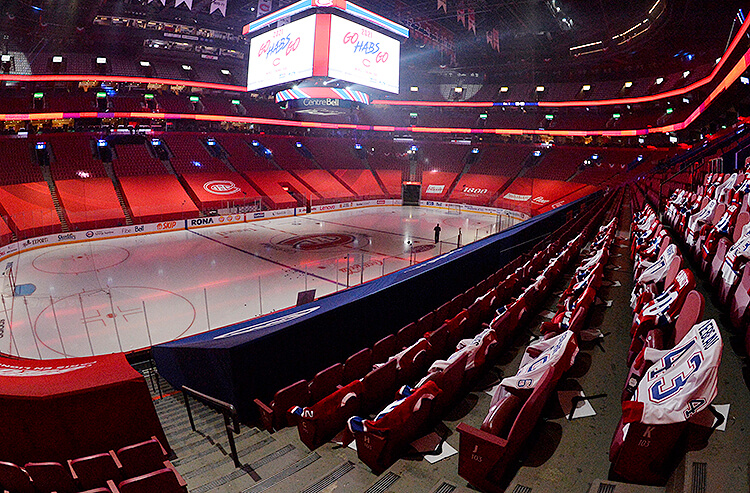 Another Wisconsin Tribe to Offer Sports Betting at its Casino and on its Lands
Geoff Zochodne | Nov 24, 2022