The horse racing betting world may be focused on Belmont Park, as it hosts the first Triple Crown race today with the rescheduled Belmont Stakes, but there is plenty of great value to be found at other open tracks across North America as well. **video

Racing analyst Monique Vág focuses on the odds at the active North American tracks and gives her best horse racing tips and betting picks for the Belmont Stakes, as well as the racing cards at Churchill Downs and Santa Anita Park on Saturday, June 20, beginning at 1:57 p.m. ET.

Was racing versus stakes company after breaking his Maiden late last year. What's interesting is the decision to continue trying his luck racing on turf, after his first few races being contested on the dirt.

He has yet to flaunt a late closing kick, nor has he held much interest down the lane. Perhaps adding blinkers could help with that, or at least help get him a little closer with a faster break. He'll be a longshot today, and in a wide-open field, I'm willing to take a shot on a runner who could flourish getting another try versus easier.

The favorite in here will be over-bet and a very short price based on only one parimutuel start. I'm willing to take a shot on this colt, who returns to trying his luck on the turf after his last try on that surface was against graded stakes company.

He's spotted the field quite a few lengths early and gotten out to slower-than-ideal breaks. Even if he does get out to a slow start, some of the horses drawing inside do flaunt some early speed. Hoping the return to the turf surface can help spark a big effort.

He looks like a clear standout among this group, being the only multiple graded stakes winner. He's been at his best when working out stalking trips and he will likely be able to work out his ideal trip behind some of the early speed.

Unfortunately with two of the top contenders in Charlatan and Nadal both out, the field isn't quite as deep as it once was, but Tiz The Law appears to be in a league of his own.

Took this runner a while to break his Maiden, but he narrowly missed following up his first victory with another victory against allowance company, coming up a neck shy. In that start versus allowance company, he was able to overcome a difficult outside post. Following that effort, he's been away from racing for over eight months, but he's raced back versus easier today.

Timing-wise, his recent workouts have been comparable to the rest of the field, and the time away could help with an elevated price at post.

The price will be short at post, and that's due to this colt coming in on a two-race winning streak with both efforts victories in gate-to-wire fashion. With not a lot of early speed upfront, he's going to be the one on the lead controlling the tempo.

Although he will be racing against tougher today, he makes the logical move up in class to compete against stakes company, and if he's able to rate well on the lead, he will be very difficult to pass late. 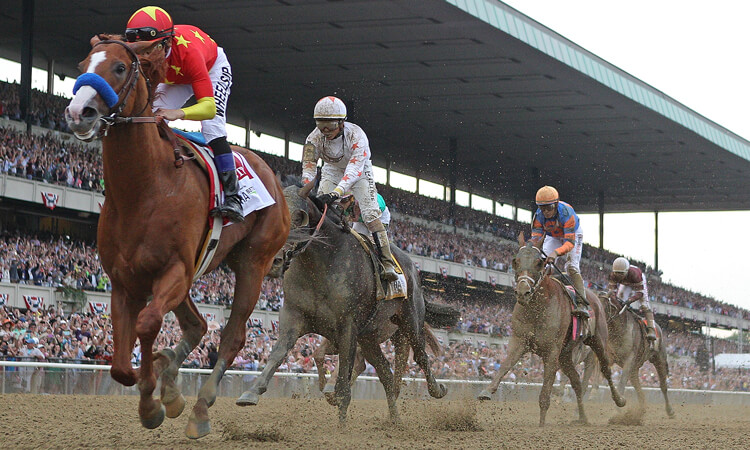