While it normally hosts the third leg of the Triple Crown, this year Belmont Park is kicking off the prestigious trio of horse races with this Saturday's Belmont Stakes, as the COVID-19 pandemic caused tracks to temporarily shut down — and make major rearrangements to schedules. While not all tracks have reopened yet, many have been slowly re-opening, including the aforementioned Belmont Park, as well as Churchill Downs, albeit none of these races are hosting any spectators. **video

Racing analyst Monique Vág focuses on the odds at these available tracks, and gives her best horse racing tips and betting picks for the Friday, June 19 racing cards at Churchill Downs and Belmont Park, starting at 3:42 p.m. ET.

Broke very slow in his most recent race on the turf and was never a factor versus graded stakes company. Getting out to a quicker start is ideal for this runner, who is at his best when put into play early. His last win came versus allowance company two starts back in a turf route race, and a trip similar to that one would make him a huge factor late in deep stretch.

The price should be very fair to take a shot on this colt who is definitely capable of pulling off a big upset.

Will be a much shorter price than the morning line, based on the connections and breeding on this runner. He is set to make his parimutuel debut today, but if he races anything like he did in his recent works, this colt could flaunt a ton of speed and prove to be a factor first time out.

Few in the business are better with first-time starters than Bob Baffert, who is clicking at an incredible rate of 36 percent. He looks to be primed and ready for a big effort.

Showed a lot of improvement in her second career start, while trying turf for the first time. She took advantage of a perfect stalking trip in that winning effort, opening up to a length-and-a-half victory. Today she is raced back, trying her luck against optional claiming company, and should be working out a stalking trip similar to her most recent, behind the early speed of Harper's Gallop.

Although her only win was versus Maiden company last time out, she tries her luck in a spot that looks logical.

A lot of the other shorter prices here are making their first start in 2020, after almost half a year away from the track. Expecting a horse to be ready to fire first asking after such time away, especially at a shorter price, is not an angle that I'm a big fan of. Instead, I landed on this mare, who is entered today for a claiming tag and has been racing very well versus much tougher.

Her last win came in this exact same classification against similar company while winning by over two lengths. I like her chances returning to the turf today.

The rail post is a favorable draw in a dirt sprint and this gelding could be able to work out a forwardly-placed trip to find the winners circle today. He gets to take a big drop in class, after being claimed last time out and moving to a new barn. It's been a long time since he's raced at a level as low as this one and he definitely looms as the one to beat among this field.

The price should be a little short, but the class drop is too considerable to ignore or try to play against. 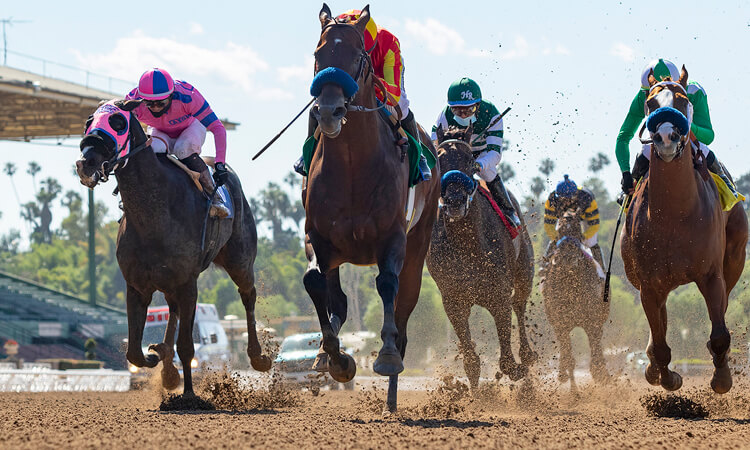