One of horse racing's biggest events runs this weekend — the Breeders' Cup Classic at Del Mar Racetrack. Our ponies ace has you covered with a full breakdown of the field and her trifecta in our Breeder's Cup picks and predictions. 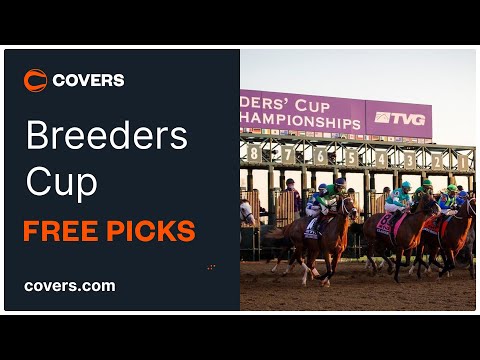 Breeders' Cup weekend is upon us with a stacked card kicking things off Friday, featuring the top fillies and mares, and concluding Saturday, headlined by the $6 million-dollar Longines Breeders' Cup Classic at beautiful Del Mar Racetrack run at the mile-and-a-quarter distance. This annual race is one of the richest in the world.

This year’s Classic is one of the deepest in recent memory and should make for a fun conclusion to stakes season in 2021, which was not shy of controversy.

Our horse racing analyst Monique Vág previews the 2020 Breeders' Cup Classic odds and field horse-by-horse, giving her picks and predictions, including her favorite trifecta for the Saturday, November 6 race.

Upset winner in the TVG Pacific Classic at Del Mar two starts back, in only his second try within the Graded Stakes ranks. This was a Breeders' Cup Classic "Win and You're In" race, earning him an automatic berth here. Despite notching a G1 victory, that was a particularly soft group and he meets a much tougher task here.

Big jockey upgrade to Irad Ortiz Jr., which is a step in the right direction and should help this horse improve. However, even with the addition of a top jockey, he’s going to need to race substantially better than he ever has thus far in his career to even hope to hit the board versus these caliber horses.

Well beaten in all of his Grade 1 tries throughout his career. Similar to the rail horse here, he's another one who gets a new jockey on board for the first time in Victor Espinoza, who is no stranger to racing at Del Mar.

Along with his struggles against Grade 1 competition, he's yet to win a race as long as the mile-and-quarter distance he will be contesting on Saturday. Although his running style of stalking the pace is very conducive to putting forth good results if the trip pans out well, he's overmatched, and we’d need a surprise to see this one anywhere near the Top 3.

He's looked great since the removal of blinkers in the TVG Haskell Stakes. Despite crossing the line first, he was ultimately disqualified and placed back to 7th for causing interference down the lane. Outside of that, he's been incredibly consistent this year, hitting the board in five of six races. Another interesting note is putting blinkers back on for Saturday's contest.

What is most appealing is this colt’s versatility - he can win on the front-end rating well, and win from on or off the pace. He's also improving with every single start and has shown a ton of heart and grit.

He was the Breeders' Cup Juvenile Champion at two, putting up a 101 Speed Figure in that outing while capitalizing off a perfect trip from off of the pace. Following that score, he’s progressed nicely while winning eight of nine career races. Although some of his wins aren't by a whole lot, he's as tenacious as they come, with wins off so many different styles of trips. He's also one half of that lethal one-two punch for trainer Brad Cox, who sends out both favorites in Saturday's contest.

With the only blemish on his record a very wide trip in the Kentucky Derby, he enters as the one to beat and will be heard from down the lane. He's set to benefit quite a bit from all of the early speed.

Winner of three straight Graded Stakes races, undefeated racing around two runs, he's as quick as they get and projects to get to the front end very early on. He's a proven stakes winner, and Speed Figure wise, there are no concerns.

He'll take a ton of betting support, and rightfully so - his wins are dazzling and he just may be the fastest one in here, however there are others who will want the lead as well. He may face some heavy pressure early and although he should be able to handle the distance, it is a little concerning he's never raced longer than a mile-and-eighth before.

He's been perfect since going under the care of trainer Bill Mott, winning three straight races at three different tracks while flaunting his early speed. He draws one post outside of Knicks Go and will likely also be jetting out of the gate to try and secure position upfront early. Although he's looked great when showing off that speed, he can definitely press the pace, or rate just off the lead.

He's also another in here who might have some type of distance concerns. In his one try going longer than a mile-and-eighth he ended up fading late in the Preakness Stakes after being positioned well early.

Raced well in the Grade 1 Awesome Again Stakes at Santa Anita last time out at a huge price, but unfortunately was no match for Medina Spirit, who won by five lengths. He is one of many in here today that could be a pace factor (at least early on), and might help to make sure fractions are quick.

He's likely to go off as the longest shot on the board again, based on his recent results and minimal graded stakes success and experience.

Winner of two straight, he's looked great when rating well and getting to the front end early on. Trainer Bob Baffert is no stranger to winning this race - he’s won four of the last seven years. This horse in particular is similar to 2020 winner Authentic in terms of their front running styles and early speed.

He's another entered in here who wants the lead and has more than enough gate speed to get positioned upfront early, but might get out-kicked to the lead by Knicks Go and some other players drawing inside.

He's already won twice at this distance in the Suburban Stakes and Jockey Club Gold Cup in his two most recent starts, which certainly adds to the appeal. He's also the one horse viewed odds-wise as more of a fringe player who comes into this race very capable of lighting up the toteboard.

I love that he's shown a lot more speed in his two recent outings, and even if he breaks slow like he has in the past, with a smaller field of only eight other rivals, he should be in with a good shot to track them down late, no matter where he's positioned early. 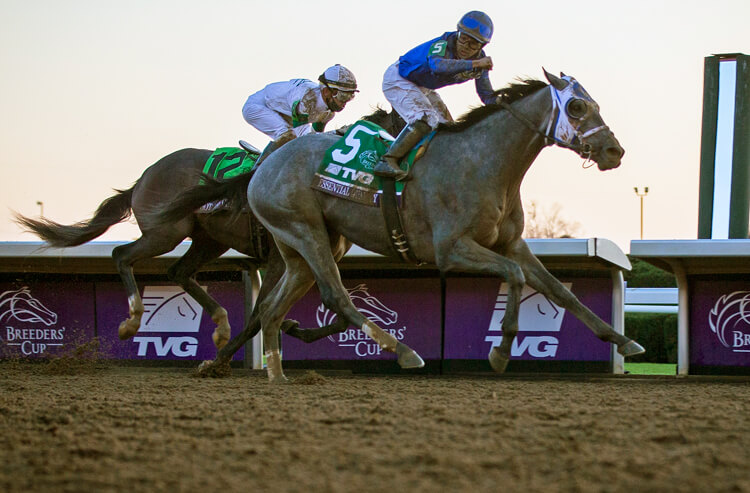