All eyes will be on Keeneland this Saturday, as the Kentucky racecourse hosts nine Breeders’ Cup races, including the Breeders' Cup Classic.

Day 2 of the Breeders’ Cup is championship day, the richest day of racing in North America. Nine Breeders’ Cup races, together worth $21 million, are staged today, and the results will go a large way to determining Horse of the Year and other championship honors.

The biggest race of them all is the $6 million Breeders’ Cup Classic, run over 1 1/4 miles. This year brings more excitement than usual with the appearance of the unbeaten Flightline, who astonished when winning the Pacific Classic at his last start. Victory here would crown a fantastic career, but he’ll have to beat the top-class three-year-olds Epicenter, Taiba, and Rich Strike, along with the outstanding older horses Life Is Good, Hot Rod Charlie, Olympiad, and Happy Saver.

There’s no shortage of great horses in the other races either, including Nest and Malathaat in the Distaff, Jackie’s Warrior in the Sprint, and Golden Pal in the Turf Sprint.

Bettors invested a record $121.5 million on Breeders’ Cup Saturday last year, and with some highly competitive fields, there are some great betting opportunities. Here are some investment ideas that could provide some extra excitement for the Breeders’ Cup on Saturday, November 5.

If you don’t want to take the 3-5 odds on superstar Flightline in the Classic, this might be a good option. Cyberknife has been compared to being the best of his age at times, and has probably been best at less than 1 1/4 miles. Back to a mile here looks to be a very good option for him.

His name is bringing awareness to the technology used to treat prostate cancer. @TheBrownAndrew has more ???? pic.twitter.com/ohI7Ksvgu5

Annapolis is facing some tough European horses, but was impressive here in the Coolmore Turf Mile. Clearly enjoys a mile on turf and could be at false odds.

Broome has been running good races in the best class in Europe. A touch below the best there, especially on soft ground, he’s very tough in this class and was a brave second last year. Could be at false odds in a field that lacks depth.

Two Breeders’ Cup victories last year, one at monumental odds on dirt, shows Japanese horses have what it takes at this level. Chain of Love was a great fourth in the six-furlong Golden Shaheen in Dubai in March and ran in a fashion that suggested she’d appreciate seven furlongs.

Platinum Jubilee Stakes winner earlier this season. Not running well in last few starts but may not be enjoying wet ground. Chance of getting some of the money if track isn’t too damp.

Probably won’t beat Flightline, but if that horse has his rivals gasping with his high-tempo pressure, the Kentucky Derby winner may have more stamina than most at the end of 1 1/4 miles. A good candidate for place, show, and exotic bets.

Our @TheBrownAndrew caught up with 2022 @KentuckyDerby winning trainer Eric Reed after yesterday's Post Position Draw for the @BreedersCup Classic.

He discusses Rich Strike and much more!

The final three Breeders’ Cup events – the Distaff, Turf, and Classic (races 9, 10 and 11) may provide the most popular Pick 3 of the day. As with the day before, where Cave Rock will be used as a single in many Pick 3 tickets, #4 Flightline will be a popular single in the Classic. We’ll take a look at options with and without Flightline as a single in his race.

An even field, where three-year-old stars #6 Nest, #8 Society, and #3 Secret Oath take on older stars #1 Malathaat, #4 Clairiere, and #7 Search Results. The only one of this sextet I would not include is Secret Oath, who isn’t going as well as she did in spring; however, I would include #2 Blue Stripe, who’s been running well in California. As Marche Lorraine showed in this last year, upsets aren’t out of the question.

Thirteen horses go to the post in what is a slightly disappointing but even renewal of the Turf. The best horse in the field is #11 Mishriff, and he hasn’t been as good this year as he was last. He could still feature if the track isn’t too wet. Trainer Charlie Appleby won this last year and he has two strong chances in #5 Rebel’s Romance, twice a winner at the top level in Germany, and #7 Nations Pride, the best horse in the New York Turf Trinity series. Last year’s runner-up #4 Broome can’t be left out, while the best local chance looks to be #2 War Like Goddess. Given the relative lack of depth, I’m also going to include Brazilian star #12 Nautilus.

As mentioned above, Flightline’s Pacific Classic victory was one for the ages. Horses don’t win top races by 19 1/4 lengths, and the horse that finished second was the reigning Dubai World Cup winner. If he’s at that level again, it’s hard to see him beaten. The best prospects to win if Flightline has an off-day are #2 Life Is Good, #1 Taiba, and #6 Epicenter, but if you want to include any of them in a Pick 3 ticket you’ll want to leave out some horses from the first two races.

Need to open a free TwinSpires account? Be sure to opt-in to their welcome offer for Breeders’ Cup! 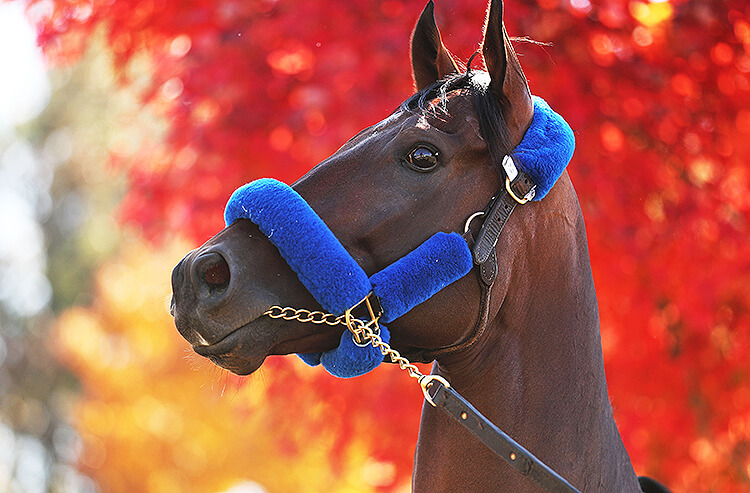