After a one-year stop in California, the Zozo Championship returns to Narashina Country Club in Japan. Follow out the live PGA betting odds for this weekend's event — where Collin Morikawa and Xander Schauffele were pre-tournament co-favorites.

After the world's top golfers returned en masse to the Tour last week, PGA betting keeps that momentum — but adds an international flavor — by teeing off at this weekend's Zozo Championship.

After the inaugural Zozo Championship was held in Japan in 2019, last year's event was moved to U.S. soil due to COVID protocols, but PGA Tour odds return to Narashino Country Club for the 2021 event.

Here are the latest live odds to win the Zozo Championship.

After shooting 10-under in the final round of the CJ Cup, and finishing in second place by one stroke at -24, Collin Morikawa is the +600 co-leader on the Zozo Championship odds board. Morikawa is tied with Xander Schauffele, who also had a strong final round (-9) and finished T18 at 18-under.

"Hometown" favorite Hideki Matsuyama — a native of Japan — is third on the odds board at +1,400, although he has struggled in his last two events — placing T59 and T67 — after opening the season with a T6 result at the Fortinet Championship.

Veteran Paul Casey, who is coming off a T25 last weekend, is fourth on the odds board at +1,600 while the Top 5 is rounded out by youngster Will Zalatoris (+1,800), who has two Top-14 finishes and a missed cut through three events this season.

Where is the 2021 Zozo Championship played?

The Zozo Champion is back at the Narashino Country Club in Chiba, Japan, after a one-year stop in the USA. Narashino is a par-70, 7,041-yard course  The course, like many courses in Japan, actually features two separate greens on each hole. The different greens won't both be in play in one round, but both will be utilized on each hole throughout the weekend.

Who won the Zozo Championship in 2020?

Patrick Cantlay won the event in 2020 — at Sherwood Country Club in California — with a 23-under 265. Tiger Woods won the inaugural event at Narashino in 2019, besting Matsuyama by three strokes with a 19-under 261.

What is the Zozo Championship payout in 2021? 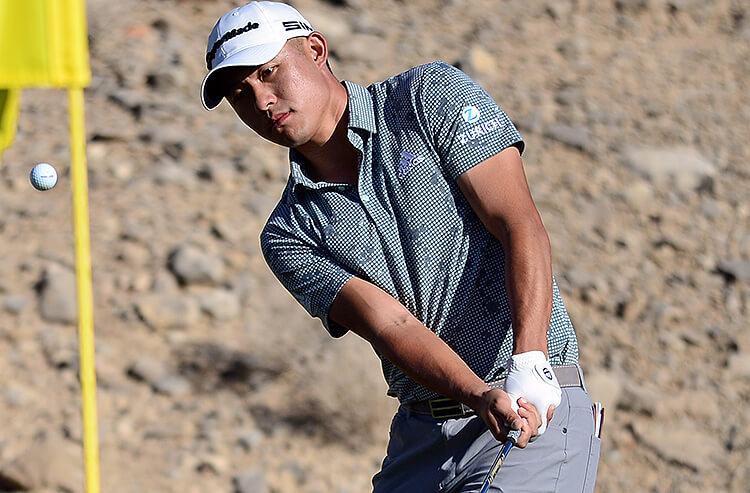