The controversial LIV Golf experiment continues this weekend in Portland, where an impressive field takes to Pumpkin Ridge. Get the lowdown on the LIV Portland Invitational with our odds, course info, and a look at the favorites and sleepers to watch.

Brooks Koepka and Bryson DeChambeau will make their LIV Golf debut in Portland when they tee off at Pumpkin Ridge Golf Club in North Plains, Oregon. The high-profile golf figures will join a 48-player field in the second event hosted by the contentious LIV Golf Tour.

Two-time major winner Dustin Johnson is listed as a +650 favorite, ahead of Louis Oosthuizen (+1,000). Johnson and Oosthuizen are also two of 12 captains named for the team portion of the LIV Golf event — and filled out their respective teams during a snake draft on Tuesday.

Below we examine the course and look at a few of the favorites to contend in Portland, along with a couple of sleepers, with our LIV Portland Invitational odds and predictions.

Pumpkin Ridge is located at the foot of the Cascade Mountains and features undulating fairways lined by towering trees, along with large, ample greens.

The LIV tournament will use 12 holes from the par-71, 6,839-yard Ghost Creek course, and six from the par-72, 7,017-yard Witch Hollow layout for the no-cut event, where the weather should be fairly calm and dry.

Opening as the favorite in the LIV invitational in London, former World No. 1 Dustin Johnson finished six strokes back in eighth at Centurion Club in his first golf event since his missed cut in May’s PGA Championship.

The 38-year-old had been up and down on the PGA Tour during the first half of the season, with three missed cuts and just one Top-10 finish (The Players Championship in March) in 10 appearances.

Despite the PGA Tour’s suspension of players signed on to the LIV Golf series, Johnson was permitted to play in the U.S. Open at The Country Club in Brookline, Massachusetts, where he tied for 24th. Johnson ranked sixth in driving distance for the tournament, 14th in strokes gained off the tee, and tied for 29th in fairways hit.

If he can maintain that form in Portland, he’ll have a solid chance at his first win of the LIV series.

Captain of Stinger GC, the winner of the London team event, Louis Oosthuizen pulled up the rear for his four-man group, finishing one over, while Schwartzel, Hennie Du Plessis, and Branden Grace all finished top three individually.

The South African has endured a rough spring, as he withdrew from the Masters with injury and tied for 60th at the PGA Championship. However, his appearance in the BMW International Open on the European Tour last weekend showed promise, with the 39-year-old tying for eighth and carding a 65 on the third day of play.

The one-time PGA Tour winner signed with LIV Golf last week and will make his first start since he tied for 32nd in the Memorial Tournament, where he shot 5-over 77 in the final round.

Ancer was set to play in June’s U.S. Open but withdrew because of an illness. The No. 22-ranked golfer in the world failed to make the weekend at the Masters but performed well in the PGA Championship, posting his second career Top 10 in a major.

He followed that up with his fifth missed cut of the season at the Charles Schwab Challenge. Ancer has just one Top 20 in 13 starts since January and one other Top 10 this season, back in November, at Mayakoba.

During a press conference at the U.S. Open, Koepka claimed he had not given much thought to joining LIV Golf, but on Wednesday, he was revealed as the latest big-name addition.

The four-time major winner finished 3-over in the opening round of golf’s third major but rebounded with a 67 to put himself in contention entering the weekend. He unraveled from there to land 55th (12-over) at The Country Club, ranking 43rd in fairways hit and 60th in greens in regulation percentage for the tournament.

Prior to the U.S. Open, Koepka missed the cut at the Masters and tied for 55th at the PGA Championship. Dealing with knee, hip, and wrist injuries this season, he has missed six cuts and achieved just four Top 20s in 15 starts on Tour.

The 38-year-old from South Korea was on a roll before his missed cut at the U.S. Open. Na posted a Top 20 at the Masters and tied for 23rd at the PGA Championship before he finished seventh at the Charles Schwab Challenge in late May.

The South African struggled in the final rounds of the PGA Championship in May, but has fared much better on the European Tour, with a pair of Top 5s and four Top 20s since January.

Harding finished in a three-way tie for 10th in the LIV London event and could build off that momentum in Portland, where accuracy off the tee and a hot putter should be rewarded. 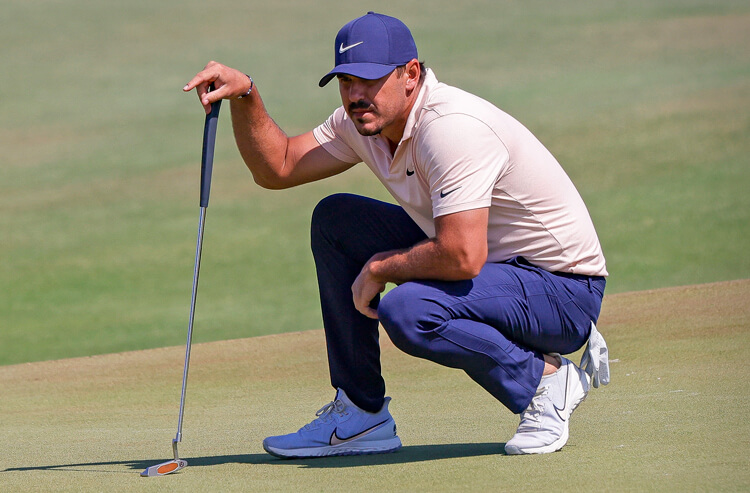