After almost winning in Bangkok, Patrick Reed is gearing up for another shot at his first LIV victory at Royal Greens in Jeddah. Despite a shorter 20/1 number, we still think there's value in backing the major champion, which we break down below.

LIV Golf heads to its home country for the first time since its inception. Following last week’s event in Bangkok, this rival tour makes a stop in Saudi Arabia.

You can check out the full LIV Golf Jeddah odds below – including a breakdown of favorites and two sleeper picks worth backing.

This track opened in 2017 after almost a decade of development. Designed by Dave Sampson, the course goes in numerous different directions to enhance the challenge of adjusting your play to the wind that is blowing in from the Red Sea.

Because of the unpredictability of the wind, this tournament will likely be won on the approach and putting. Because of the vast undulations of the greens, approach shots will be crucial to avoid two- or three-putts.

Until Cameron Smith arrived, DJ immediately established himself as the top golfer on the LIV circuit. Finishing inside the Top 8 in four of the five LIV events thus far, he is a must-play in either DFS or betting.

On a circuit that is more watered-down than the PGA Tour, DJ stands head-and-shoulders above most of his competition. I mean, this is a guy who was OWGR No. 1 throughout a lot of the 2021 season.

Royal Greens should be a course where DJ excels. In the 2020-21 season on Tour, DJ ranked 57th in strokes gained on approach and fourth in putting.

Despite coming off his worst performance since joining LIV, Johnson is still the odds-on favorite to win at this event.

I was wrong about two things regarding Cam Smith last week: that it would be his last event where he wasn't the favorite and that he would win at Stonehill. Did I learn my lesson?

Smith’s impact was immediate, finishing T4 at his first event in Boston and winning his second event in Chicago. So, what happened last week? Right from the start, his game was never there. After Day 1, Smith was towards the bottom of the leaderboard and never recovered.

However, this should not be used as an indictment against him moving forward – every golfer can have a bad week no matter who it is. More importantly, it should not directly cause $3 drop in his outright win price considering how much more talented he is relative to the rest of this field.

Still in the prime of his career, Smith would be the betting favorite in most tournaments regardless of what circuit he is in. Before leaving for LIV, he ranked fifth in strokes gained approach and eighth in putting.

This is my favorite play on the board to win at Royal Greens, and he should be a great buy-low candidate after last week’s disappointing performance.

Just like last week, Niemann rounds out the betting favorites. Aside from Smith, Niemann was the most surprising acquisition for the LIV circuit.

The 23-year-old was poised to be one of the next stars of golf, and his talent has shown thus far on LIV.

In each of his three appearances on this rival circuit, he has finished inside the Top 20 with two of those coming inside the Top 5. We should expect more of the same this week based on his strong approach game.

Before leaving the Tour, he ranked 19th in strokes gained approach. My one concern for Niemann this week would be his inconsistent putting, but he should still be a strong candidate to finish in the top half of the leaderboard once again.

I went with Patrick Reed last week and it went almost exactly as we expected, with his dynamite putter propelling him to a second-place finish. Losing by three strokes to Lopez-Chacarra, I am not sure Reed could have played any better – it was just Lopez-Chacarra's week.

Although Reed has a $5 price drop this week following that outstanding, we are still going to take him once again at 20/1. Reed has been very up-and-down since joining LIV, and this week feels like we are catching him amidst an upswing.

While he started on fire with two Top-5 finishes upon joining LIV, he had failed to crack the Top 10 in the two subsequent outings before last week’s second-place finish. A solid iron player, Reed ended the 2020-21 season ranked 57th on Tour in strokes gained approach.

While his ball striking should keep him in contention, it is his putting that should once again put Reed at the top of the leaderboard. During that same season, Reed finished fourth in strokes gained putting.

The putter has always been the strongest part of Reed’s game, and at a track where putting should be crucial, he should be a great play.

Going a little further down the odds board, my favorite value play this week is Ian Poulter at 50/1. A long-time PGA Tour veteran, Poulter’s career was defined by the two metrics that should be the most in play this week.

Every season that Poulter played strong golf, it was always because of strokes gained around-the-green and strokes gained putting. Even as he became an older member of the Tour, he finished the 2021-22 season ranked 37th around the green and 17th in putting.

While I mentioned earlier that approach play will be important, you can make up for it by scrambling and strong putting. An up-and-down artist, Poulter could be a sneaky play this week, making 50/1 an intriguing proposition. 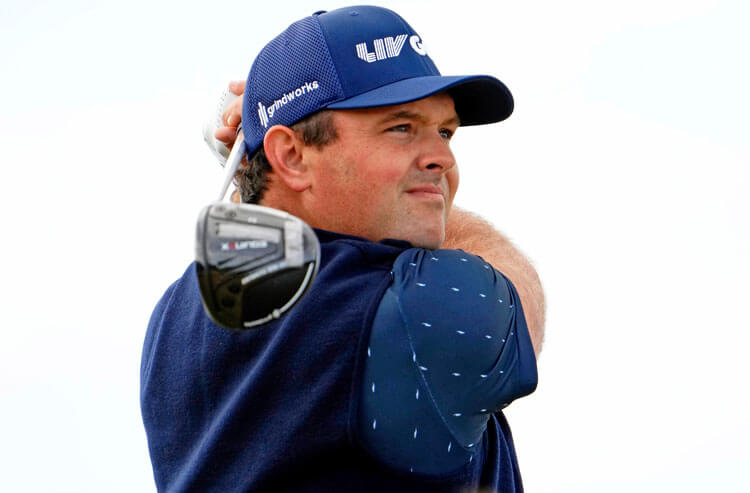