Golfers with the control to avoid bombing off of Colonial's narrow fairways will do well here, and we can find value in the mid-range odds. Find out why J.T. Poston's a great bet to keep his momentum rolling with our Charles Schwab Challenge picks. 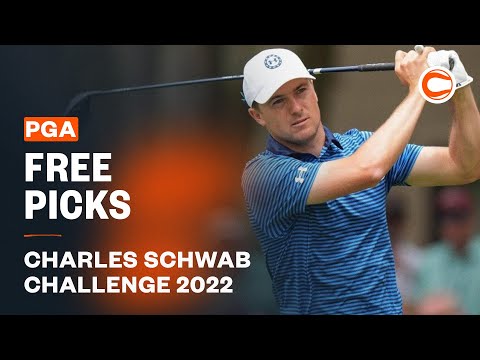 It was a wild ride at the PGA Championship, and now we’re back to Texas for the Charles Schwab Challenge.

Fortunately, a number of elite players like Justin Thomas, Scottie Scheffler, Collin Morikawa, Will Zalatoris, and Jordan Spieth still plan to tee it up at the Chuck after the season’s second major. So, we’ve got good value on the board in the mid-range and longer odds.

Let’s dive into some of our best bets from the head-to-head matchups and Top 20s markets.

Colonial Country Club is a Par 70 that plays around 7,200 yards.  There are two Par 5s, one of which is gettable. There are also nine Par 4s that play under 450 yards. Accuracy over power is key on this course, with fairways that average only 27 yards in width and rough that can steal shots on approach.

The key approach range at Colonial is 125-175 yards, while long approach shots from 175+ occur less often at Colonial than other PGA Tour courses.  Experience matters here too. According to DataGolf, Colonial ranks 10th on tour in course history predictive value.

Poulter is not in great form.  He’s 100th in the field off the tee over his last 24 rounds, 93rd in ball striking and 65th in approach. August 2021 is the last time he broke the Top 30 in an actual tour event. While Long didn’t play great last we saw him at Wells Fargo, he has two Top 10s so far this spring. He is also a better Par-4 scorer than Poulter. Long ranks 10th in the field in Par-4 scoring over the last 50 rounds, vs. 51st for Poults.

Im missed the PGA after a positive COVID test prevented his travel, while Burns was gaining 4.1 shots on approach and 5.1 on the greens at Southern Hills. Im may have some decent finishes this year, including 8th at the Masters, but his approach play hasn’t been as good as what we’ve seen from him in the past. He also missed the cut at Colonial last time around.  Burns finished 31st here on his last attempt in 2019. That was before he turned the corner in his career and it would be no surprise to see Sam get another win this week.

Woodland finished T14 and T9 here the last two years. Tringale had a 32nd place finish in 2021 after a missed cut. In terms of recent form, both players are coming in striking it well. The upside is higher for Woodland though, who also has a big advantage in the Par-4 scoring department and is better on approach shots inside of 175 yards. Woodland actually ranks second in the field over the last rounds in proximity from 100-125. He should have plenty of opportunities from within that range this week.

We expect Munoz to come out firing again like he did at the Byron Nelson, where he shot 60 in the first round. Munoz managed third place at Chuck Schwab last year while losing shots on approach and gaining a whopping 10.2 on the greens. He shouldn’t need such crazy putting numbers this time around if his approach numbers stay hot.

Munoz has now gained on approach in eight of his last 10 events, including 5.5 at the Nelson and 3.2 at the PGA. He’s also been gaining off the tee this season more than any other point in his career.  There’s a great case for an outright ticket on Munoz this week, but we’ll take 2/1 for a Top 20.

Glover gained 7.1 shots on approach at the PGA on his way to a Top-25 finish.  Now, he’s coming to a course where his last two finishes are eighth in 2021 and 23rd in 2020.  He ranks 16th in the field in greens in regulation on courses under 7,200 yards, and he’s 22nd in fairways gained. So, we think he can get inside The top 20 if he just keeps up the status quo. He’s gained off the tee at five consecutive events and now his irons might be hot too.

This is too large of a number to pass on for Poston, who has two Top 10s in his last three starts. He’s been doing it with a combination of solid approach play and accuracy from the tee. Poston also seems to be gaining more confidence with his putter after four consecutive weeks of gaining strokes on the greens.  His history at Colonial is spotty but it does include a 10th place finish in 2020. J.T. is in better form this year and we also like that he ranks 25th in bogey avoidance vs. the field over 36 rounds, as well as second in scrambling. 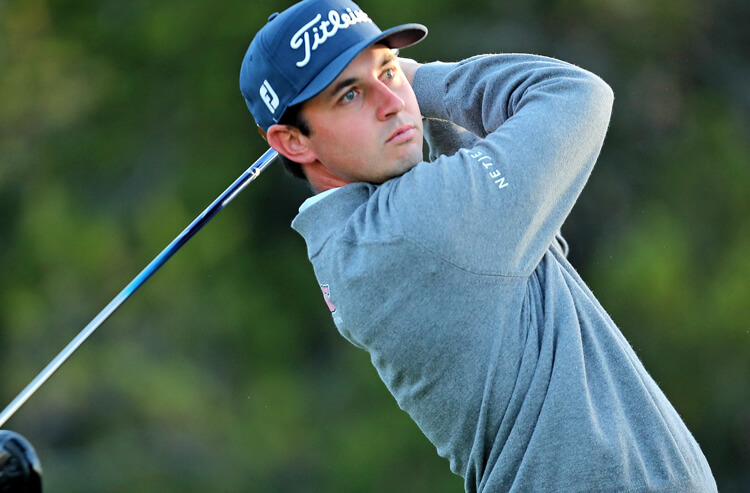