After her debut album made a huge impact on both Billboard and year-end Best Of lists, Olivia Rodrigo is atop the board in most major Grammy Awards odds categories, and could sweep the show. Get the latest on the field with our odds breakdown.

The 64th annual Grammy Awards will take place tonight at the MGM Grand Garden Arena in Las Vegas kicking off at 8 p.m. ET.

The 2022 Grammy nominations were announced in November and oddsmakers wasted little time getting Grammy odds out. While established stars like Taylor Swift and Kanye West are up for some of the biggest awards, teenage sensation Olivia Rodrigo has emerged as the betting favorite in all the major categories.

We break down the favorites in the general field as we check out this year's Grammy betting odds.

Album of the Year

Olivia Rodrigo burst onto the scene with her first album Sour which had two singles ("Drivers License" and "Good 4 U") debut atop the US Billboard Hot 100. Two other tracks ("Traitor" and "Deja Vu") on the album also cracked the Top 10 of the Hot 100 list.

Sour was named the album of the year according to Rolling Stone, Billboard, and Insider. The 19-year-old singer, songwriter, and actress has been nominated for seven awards and is atop the odds board in each of the general field awards, giving us flashbacks to 2020 when an 18-year-old Billie Eilish swept the field.

Eilish is currently third on the odds board this year for her second studio album Happier Than Ever (not to be confused with her hit track of the same name). She's listed at +325 right behind Lady Gaga and legendary artist Tony Bennett who collaborated on Love for Sale (+300).

Record of the Year

"Drivers License" topped the US Billboard Hot 100 and made Rodrigo the youngest artist ever to debut atop the chart. The song spent eight consecutive weeks at number one and is the favorite here alongside "I Get A Kick Out Of You" the latest cover of Cole Turner's broadway classic (perhaps most famously performed by Frank Sinatra).

Some books have "Drivers License" listed as the sole favorite at +100 so remember to shop around when looking for the best line for these exotic markets.

Keep in mind that this category saw a major upset last year when Eilish cashed as a +900 underdog for "Everything I Wanted", upsetting Dua Lipa who was installed at -225 for "Don't Start Now".

Song of the Year

While Record of the Year is based on production and vocal performance, this award is based on songwriting in terms of both lyrics and composition.

Rodrigo is once again the favorite here for "Drivers License" but she's well ahead of the field in this category. Eilish is in second place for "Happier Than Ever" just ahead of "Leave The Door Open" by superstar duo Bruno Mars and Anderson .Paak under the moniker Silk Sonic.

Don't count out anyone on this list though, since this award also saw a big underdog pull off the win last year. "I Can't Breathe" by H.E.R took home the award as a +1,000 underdog in 2021, upsetting Taylor Swift for "Cardigan" which was the odds-on fave at -137.

The Kid LAROI and Saweetie might have exploded onto the scene with multiple hit songs but this award looks like a lock for Rodrigo. If she's the front-runner for all the other awards, she's got to be a cinch for this one, especially since she's actually a new artist unlike some of the more puzzling nominees on this list (*cough* Glass Animals).

Odds a presenter is slapped on stage 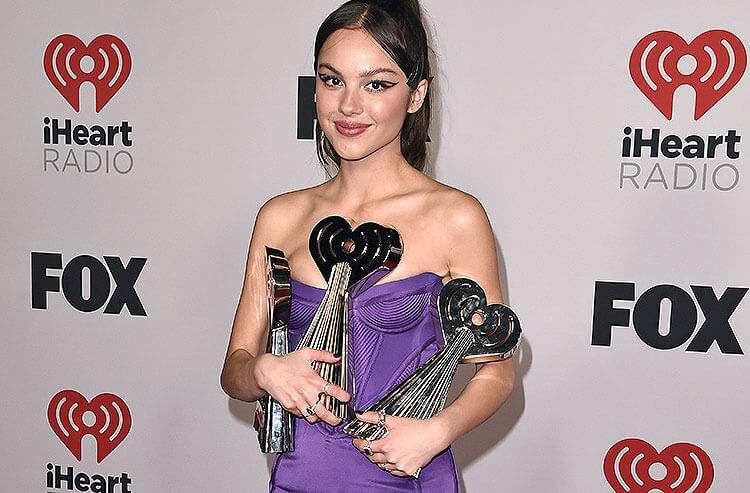