Covers' Summer Movie Guide: Odds on which blockbuster will blow up the box-office

Superheros and Star Wars once again lead the pack in terms of Hollywood blockbusters this summer, including Avengers: Infinity War, Solo: A Star Wars Story, and Deadpool 2.

The summer movie season starts earlier and earlier every year, but at least in Las Vegas, the temperature has already risen near scorching by late April.

That means it’s time to head either to a movie theater or a sportsbook, and Vegas film critic Josh Bell combines both by pricing out which potential blockbuster will take in the most money on its opening weekend.

As a bonus, he’s provided a little prop bet for each movie, all the better to keep you occupied during the long hot summer. **video

The latest installment in the Marvel Cinematic Universe was always a sure thing, but the massive success of Black Panther earlier this year has sent anticipation for the company’s latest superhero saga into overdrive.

Nearly every Marvel superhero (including, of course, Black Panther) will be on board for the battle against intergalactic bad guy Thanos (played via motion capture by Josh Brolin), and while the dozens of characters might crowd the narrative, the epic scope (and epic budget) of Marvel movies should be enough to hold them all.

Bonus bet: Odds that the X-Men will make a surprise appearance, heralding the impending Disney purchase of 20th Century Fox: +1,000,000

The first movie starring the X-Men-adjacent, foul-mouthed mercenary Deadpool (played by Ryan Reynolds) was a surprise hit in 2016, and following up surprise hits is notoriously difficult.

Reynolds and the original screenwriters are back on board, but with a new director, some new supporting characters (including the suddenly ubiquitous superhero-movie presence Josh Brolin as time-traveling mutant Cable) and heightened expectations, it’s going to take a lot for this movie to live up to its predecessor. Still, even if there’s a decline in quality, the curiosity factor should keep the box-office numbers high.

Bonus bet: Odds that Brolin gets confused and starts talking about his role as Thanos during this movie’s press tour: +250

The replacement of original directors Phil Lord and Chris Miller midway through the shoot (which was finished by Ron Howard) is a bit troubling, though, and Star Wars fatigue has to set in eventually.

Bonus bet: Odds that noted curmudgeon Harrison Ford will reprise his role as the older Han Solo, despite his loud protestations: +450,000

Steven Soderbergh’s Ocean’s trilogy (Eleven, Twelve, Thirteen) never seemed like it was crying out for a spinoff, but this female-focused take on the slick, stylish heist movie (starring Sandra Bullock, Cate Blanchett, Anne Hathaway, Rihanna and more) looks like a lot of fun.

Soderbergh isn’t directing, but he’s heavily involved as a producer, and the major star power should rope in a lot of curious movie-goers - even if they’re not familiar with the original movies that starred George Clooney, Brad Pitt and Matt Damon.

Bonus bet: Odds that Clooney’s character Danny Ocean (sister of Bullock’s Debbie Ocean) is just faking his death, as teased in the trailers: EVEN

Fourteen years after Pixar’s animated classic The Incredibles introduced the world to the Parr family of superheroes, Mr. Incredible is now a stay-at-home dad, while his wife Elastigirl fights crime in secret.

While 14 years is a long time to go between movies, the original Incredibles has aged remarkably well, and it’s a childhood touchstone for an entire generation - some of whom now have kids of their own. Pixar’s recent reliance on sequels has been a bit disappointing, but the studio’s dedication to storytelling and craftsmanship remains impeccable.

Bonus bet: Odds that this movie will acknowledge the internet-beloved “Pixar theory” that all the studio’s movies take place in a single universe: +5,000

Movie audiences must really love dinosaurs, as demonstrated by the huge box-office numbers for 2015’s Jurassic World, a continuation of the Jurassic Park franchise. So this sequel (the fifth Jurassic movie overall) has lots of dinosaurs, plus returning World stars Chris Pratt and Bryce Dallas Howard, as well as original Park star Jeff Goldblum.

The novelty of seeing the series return after a long hiatus is gone, though, and it’s hard to keep raising the stakes when the characters already brought ancient extinct creatures back to life four movies ago.

Tom Cruise is back as superspy Ethan Hunt for the sixth movie in this remarkably consistent series, which ranks among the most enjoyable action franchises around. Christopher McQuarrie is the series’ first returning director, and he kept the previous film moving at an exciting pace, with impressive, awe-inspiring set pieces.

Cruise is getting older, but he can still throw himself into elaborate, jaw-dropping stunts, and he’s bolstered by a talented, fun supporting cast (including Ving Rhames, Simon Pegg and Rebecca Ferguson).

Bonus bet: Odds that Cruise will make numerous talk-show appearances to exclusively tell stories about doing his own stunts: -1,000

The Purge horror series (about a future United States in which all crime is legal for one day a year) has proven surprisingly durable, with three low-budget, high-yield installments so far. Naturally, the thing for a film series to do after this many entries is to go back to the beginning, so this prequel will explore the origins of the Purge.

Series creator James DeMonaco is stepping back from directing (he still wrote the screenplay), but the concept clearly has enough mileage in it to survive (and even thrive) in the hands of other filmmakers.

Bonus bet: Odds that the movie reveals that Donald Trump is actually responsible for creating the Purge: -500

Audiences can’t get enough of Adam Sandler voicing a wacky vampire, apparently, as this family-friendly animated franchise about lovable monsters running a hotel for fellow ghosts and ghouls has raked in money at the box-office and spawned a prequel TV series on the Disney Channel.

This time, Sandler’s Dracula and his friends and family go on a cruise for monsters, which sounds like the kind of low-concept premise that will allow for plenty of slapstick and gross-out jokes. Kids will probably love it.

Although its subtitle makes it sound like everyone involved is annoyed to be back, the sequel to the ABBA-themed musical is just quoting a line from its title song. After going on a journey to discover her father in the first film, Sophie (Amanda Seyfried) is now about to have a baby of her own, and is once again dealing with her feelings via ABBA songs.

These movies are feel-good fluff, with stars including Meryl Streep, Pierce Brosnan, Colin Firth and, for the sequel, Cher having fun singing bubblegum pop, and they make for good counterprogramming to loud action blockbusters.

Bonus bet: Odds that the actual members of ABBA will reunite to perform in the movie’s finale: +1,000,000 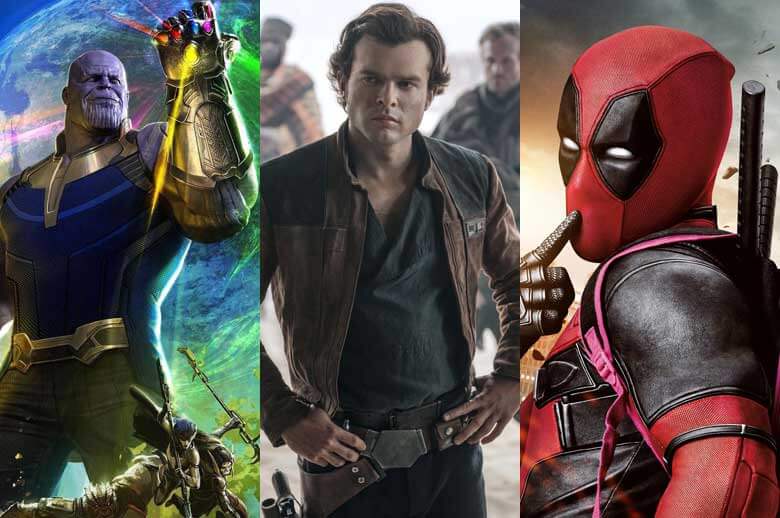 Covers' Summer Movie Guide: Odds on which blockbuster will blow up the box-office
Provided by