Betting on HBO's Game of Thrones: Odds, proposition bets and predictions for Season 8

The teaser of HBO's Game of Thrones Season 8 is displayed on a television. Some sportsbooks are taking a variety of bets on the final season and we've got you covered with odds and predictions.

Where are my Game of Thrones bets!!?? All over the place actually, many sportsbooks are taking bets on the final season of HBO's award winning series Game of Thrones, with the season premiere airing at 9:00 p.m. ET on Sunday April 14.

We break down the odds and some of the proposition bets available, from who will rule Westeros to who will die first. And we throw our helm into the ring with some predictions as well.

Keep in mind that depending on your sportsbook, choices and odds can vary greatly for these sort of bets and the wording might differ as well. For example some books say "Who will rule Westeros at the end of Season 8?" while others specify "Who will sit on the Iron Throne?"

Also, obvious spoilers (from both the A Song of Ice and Fire book series written by George R.R Martin and the show) are below but if you're looking into wagering on the show, we're guessing that you want to be up to date on all the GoT content available.

Ruler of Westeros at end of Season 8

Analysis: This is the big bet, and the number one question most people are asking. I'm not sure if there will be any one ruler on the throne at the end but I don't think it will be Bran even if there is. The new Three Eyed Raven might be one of the most powerful people in Westeros but he's stated that his birthright is now irrelevent and he isn't Lord Stark anymore, which probably means he has no inclination to be King Stark either.

Out of all the characters on the show, besides perhaps Cersei, Daenerys wants the throne the most. But she has shown questionable decision-making as a ruler in the past. I could see a twist with her taking a more villanous turn towards the end of the series. Especially if she finds out the truth about Jon Snow's parentage and believes he is trying to steal what she sees as her birthright. The Mother of Dragons will no doubt play a crucial role in the war against the White Walkers but she might not be the best candidate to lead Westeros after.

My money is on Jon Snow. He's been one of the main characters from day one and everything seems to be adding up for him to be the prototypical hero: he rose from the dead, reconquered Winterfell, has the support of many of the most powerful families in the Seven Kingdoms, is knocking boots with Daenarys and is the son of the late prince, Rhaegar Targaryen. The payout at +350 for Jon Stargaryeon isn't too shabby either.

First Character to Speak in Episode 1

Analysis: At this point, Jon Snow seems like the focal character of the show and Tyrion is the biggest talker (and practically serves as the mouth piece for the author of the book series), so it makes sense that they have the best odds for this bet.

That being said, this early bet is practically a crapshoot especially with GOT's preference for cold open scenes before the opening credits roll. Any one of these characters could get the first line so the smart bet might be on one of the long shots. I like Bran (+1200), Jaime Lannister (+1600) and Sam Tarley (+2200).

INTERESTED IN CHATTING ABOUT BETTING ON MOVIES AND TELEVISION SHOWS? CHECK OUT OUR FORUM

Analysis: It probably wasn't much of a surprise to see Viserion turn into a wight, after all being named after Daenerys' jackass of a brother was a bad omen. As much as I want Undead Viserion to the be the first dragon to die, it makes for a better final showdown if he faces off with Drogon after Rhaegal perishes. Drogon is the largest and most powerful of Daeny's dragons, and also her personal mount ,so I would be pretty surprised if he's the first one to bite the dust. Rhaegal is the best bet here.

Analysis: Yes, Yara was captured by her merciless uncle which doesn't sound good for future aspirations of life. But I personally think that she has the best chance of surviving the series completely, especially given her role in the books where she represents the progressive face of the Iron Islands and wants them to stop being just raiders and pillagers.

Theon seems to be set up for the ultimate sacrifice, where he attains some measure of redemption for his past crimes, and Euron is one of the last true "bad guys" left and I don't see him staying alive long. I'm going with Euron at +140 here.

Analysis: Cersei is the leading candidate here, and with good reason. She's been one of the most easy-to-hate characters since the beginning, and in the books has been motivated by a prophecy that she would be killed by her younger brother referred to as "the Valonqar."

She's alway assumed that prophecy referred to Tyrion, but her twin Jaime is also technically younger than her as well. Either way, I can't see either of them dying before she does. Even with the low payout this seems like a good bet to take. Which leads to this bet...

Who Will Kill Cersei Lannister

Analysis: Cersei has hated her youngest brother Tyrion for a long time, partially due to the prophecy we mentioned above. Being killed by Jaime is making more and more sense though, especially with the downward spiral her character has gone on and Jaime's on-going redemption arc. Another possibility is Arya killing her. Arya wants to kill Cersei more than possibly anyone else in the show - which says alot given how hated Cersei's character is. And Arya could do it with the face of Tyrion or Jaime, making the prophecy still come true, albeit in a round-about fashion.

Is Bran the Night King

There is a popular online theory that Bran is the Night King and there are some hints from the show that point in that direction. If you buy into that notion the payoff at +300 has got to be intriguing.

For followers of the book series Melisandre has a vision of what seems to be Bloodraven and Bran - a wooden face, corpse white and a boy with a wolf's face - and beleves them to be servants of the Great Other (the evil diety that opposes her God of Light R'hllor), although her track record for nailing predictions isn't exactly perfect.

First to Die Matchups (No Death- No Action)

Analysis: The odds are stacked here and like we mentioned, Cersei's demise almost seems a given. Daenerys, on the other hand, looks like one of the final players in the Game of Thrones, and if she dies before the second-last or final episode I'd be shocked.

Analysis: Arya is a fan-favorite (and also the favorite character of Martin's wife) but she's been down a dark path for a while and that seldom works out well in the world of Game of Thrones. I think both of these characters survive, but if I had to pick one Stark sister to die first, my money is on Arya.

Analysis: This is one line that I find surprising , regardless of whether or not Bran is the Night King, I can't see Jon Snow dying unless he perishes in the finale after ending the threat of the White Walkers. You don't bring back a character from the dead only to kill him off. I've got Bran here.

Analysis: Another bet where I've got the Underdog. As much as everyone likes Tyrion, it's becoming more and more apparent that a happy ending for him might not be in the cards, and the supposed leaked scripts on Reddit also hint that his character will have a tragic ending.

I'm personally convinced that Jaime will live till the end of the series, he has experienced arguably the greatest character progression out of any character, and having him outlive almost everyone else after entering the series as a child-killing, incestuous villain in Season One would be exactly the sort of twist that the writers would do.

Everyone's favorite almost-couple in GoT, both of these characters are absolutely loveable in their own way. But let's not forget that Tormund is at Eastwatch-by-the-Sea which is currently under attack by an Ice Dragon...he might have escaped the destruction of the wall but things still aren't looking good for our Free Folk friend. 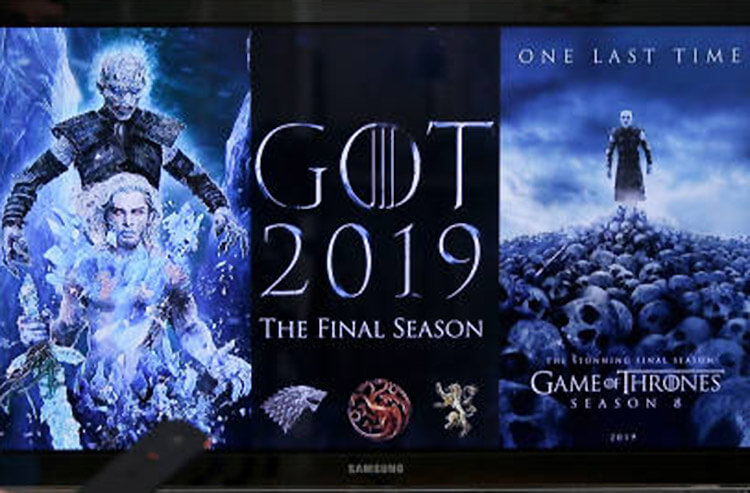 Betting on HBO's Game of Thrones: Odds, proposition bets and predictions for Season 8
Provided by