Terence Crawford vs David Avanesyan Picks and Predictions: Crawford Proves Too Much to Handle for Avanesyan

Terence Crawford returns to the ring to face David Avanesyan on Saturday night in front of his hometown faithful in Omaha. Read more to find out where the betting edge lies in our Crawford vs. Avanesyan betting picks.

Terence Crawford vs. David Avanesyan is scheduled for 12 rounds in the welterweight division this weekend from the CHI Health Center in Omaha, Nebraska, and is for Crawford’s WBO title.

Crawford isn’t showing up in the fight everyone was hoping for, but Avanesyan is on a hot streak that he hopes will result in a stunning upset and a welterweight title.

Boxing odds have Crawford a huge favorite at -1,400 to turn Avanesyan away. Avanesyan is the betting underdog looking for his Tyson/Douglas moment at +700.

Here are our picks and predictions for Crawford vs. Avanesyan from Omaha.

Odds courtesy of DraftKings as of December 6, 2022.

Picks made on December 6. Click on each pick to jump to the full analysis.

While this is a frustrating example of “what you get is what you get” in boxing, this fight does bring back pound-for-pound king Crawford for the first time in 13 months. Though Errol Spence is not Crawford's opponent on Saturday, Avanesyan is a consensus Top 10 welterweight who would have been slotted in for a major fight sooner than later. With Crawford still eyeing a shot at Spence next year, this routine defense of his title should serve its purpose of shaking off the rust.

Crawford scored the biggest win of his career, becoming the first person to stop Shawn Porter in the 11th round of their 2021 clash. Since then, Crawford has languished on the sidelines attempting to salvage a fight with Spence. A complete fighter in every sense of the word, Crawford can do it all and has a savage streak — stopping 12 of his last 13 opponents.

One of the best finishers in the game, Crawford’s average fight length is 6.6 rounds, and his precision punching power remains as good at welterweight as it was at lightweight. Though he’s fighting in his third weight class and is 35 years old, Crawford is a physical specimen and is hard to pin down or muscle around.

Avenesyan has banged around the division for some time but recently fought back into prominence with a few solid performances. The Armenian boxer-puncher has scored wins over Shane Mosley and Josh Kelly but also faced setbacks in defeats to an ancient Lamont Peterson and Crawford victim Egidijus Kavaliauskas in 2018. After the Kavaliauskas loss, Avanesyan retreated to Europe, where he won his last six.

The current European welterweight champion is a disciplined fighter who doesn’t take too many risks nor makes many mistakes. He is a steady presence that borders on predictable. For the most part, Avanesyan pressures well and should be able to test Crawford out of the gate.

While this isn’t the fight we wanted, Crawford still has to win here to keep the possibility of a Spence showdown alive. Avanesyan isn’t getting much of a shot here from the betting public. Still, Crawford cannot afford to tread lightly against a motivated opponent who has clamored for a shot at a recognized world title.

The thing about Avanesyan is that he lacks the skills required to trouble Crawford. He’s a straight-up boxer that doesn’t deviate much from Plan A, and that often spells doom for Crawford’s opponents because he’ll begin to hurt him once he makes his initial adjustments. Crawford will keep it slow to get Avanesyan comfortable at first, but will ultimately blow him away as the bout goes on.

Avanesyan is not a bad fighter by any means, but his predictability and blandness aren’t going to do him any favors here. After splitting the first two rounds, Crawford will assume command of the fight and won’t let it go unless it ends or he ends it early.

At -1,400, bettors need to look elsewhere unless they want to bet a mortgage payment.

Because Crawford does damage after setting traps and making adjustments, it’s not likely he’ll get Avanesyan out too early. Though Avanesyan isn’t chinny, he doesn’t do well under pressure, and Crawford’s accurate punches will wear on him heavily by the midpoint of the fight.

A Crawford stoppage seems inevitable, so we’ll opt to bet on that happening between the seventh and ninth round. The call here is that Crawford puts Avanesyan down and gets him out before this hits the championship rounds.

Prediction: Terence Crawford to win in 7-12 rounds (+210 at DraftKings) 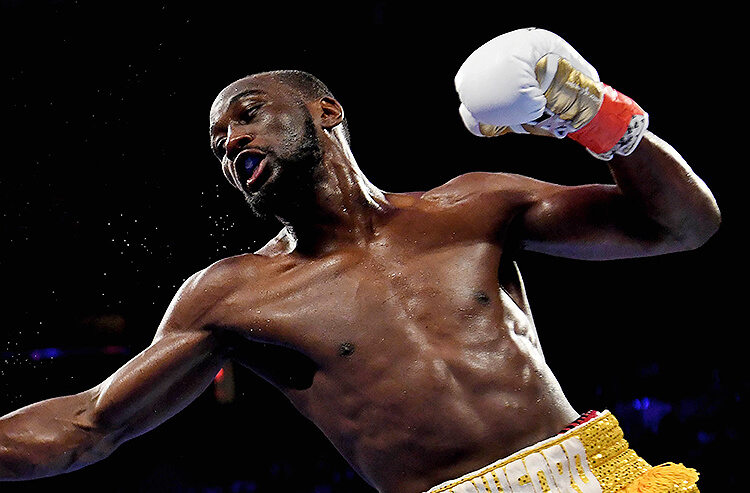 Terence Crawford vs David Avanesyan Picks and Predictions: Crawford Proves Too Much to Handle for Avanesyan
Provided by