Gilberto Ramirez is finally getting his title shot but Dmitry Bivol won't go down easily. See why, despite value in the underdog, boxing bettors should be in for a serious fight as our picks and predictions break down Saturday's matchup.

Dmitry Bivol vs. Gilberto Ramrez is the main event for Boxing betting on Saturday, November 5 from the Etihad Arena in Abu Dhabi.

Bivol is defending his WBA light heavyweight title six months after scoring the biggest win of his career against Saul “Canelo” Alvarez, and he has his work cut out for him against undefeated contender Ramirez. Boxing odds favor the champ to defend his title with Bivol at -400 and Ramirez coming in as a +290 underdog.

Here are our best Bivol vs. Ramirez picks and predictions ahead of the November 5 light heavyweight fight in Abu Dhabi.

Odds courtesy of DraftKings as of November 2, 2022.

Picks made on November 2. Click on each pick to jump to the full analysis.

In hindsight, we should have guessed that Bivol beating Alvarez last May would not be all that surprising. He used his natural size and cold-as-ice demeanor to walk "Canelo" down and soundly outpointed a fighter who is too small to compete at light heavyweight. It does seem that Bivol still has that sparkle, especially since he's a big favorite versus an opponent he will have trouble against.

Bivol is fundamentally sound and disciplined. He doesn't do anything spectacular, but he's a cerebral fighter with good defensive instincts and doesn't make too many exploitable mistakes. The Russian had faced and defeated the likes of Issac Chilemba, Joe Smith Jr., and Jean Pascal before upsetting Alvarez last May.

He’s not a big puncher by any means, with 11 KOs in 20 wins and his last knockout coming four years ago. What he does do very well is work behind a stiff jab with excellent footwork. Though he’s a conventional boxer in every sense of the word, Bivol might need another dynamic performance to keep his title.

“Zurdo” Ramirez is getting the shot he has been demanding for the last two years. Ramirez is a pressure fighter and a former champion at 168 pounds who has been impressive lately, winning his last five fights by stoppage. The Mexican has scored big wins against Arthur Abraham, Jesse Hart, Yunieski Gonzalez, and most recently knocked out Dominic Boesel last May.

Ramirez is a physically strong fighter with good instincts and better punching power. While his hands aren’t as fast as Bivol’s, he can catch speedy fighters with his power shots, and his southpaw stance always presents a problem. He has all the physical advantages but needs to find a way to slow Bivol down and make the champion fight at his pace.

Bivol has remained humble following the Alvarez win and we expect him to remain disciplined here. Ramirez might be overlooked, but he’ll have his work cut out for him if he wants to become a two-division champion.

The odds that have Bivol a 4-to-1 favorite are extremely high. He can’t hurt Ramirez or dictate the pace of the fight like he did against Alvarez when all those advantages will be non-existent here. He’s tricky enough to keep Ramirez off balance, though doubts linger he can get him to move backward.

Ramirez is going to come forward and will be landing the bigger shots. Fighters like Ramirez sometimes win rounds just by coming forward while Bivol sticks out his jab and moves. If they trade, expect Ramirez’s punches to score better with the judges. There is a chance that Bivol’s defense and counter-punching shuts him down, but a passive game plan won’t win him rounds.

Lesser fighters have troubled Bivol in the past, and he’s not fighting a blown-up middleweight here. We think Ramirez scoring the upset is the way to go.

While we feel Ramirez will continue his winning ways, his knockout streak will end. Bivol has a solid chin and has never been knocked down in his career, so the likelihood of this going the distance is a practical certainty. There will be a lot of close rounds that could go either way, but Ramirez being the aggressor will be the key to him winning a decision.

Ramirez might find the same success Smith did in buzzing Bivol late, but stopping him seems out of the question. Taking Ramirez on the moneyline is a strong pick on its own, but we are going big here and picking Ramirez to win by decision at +650. 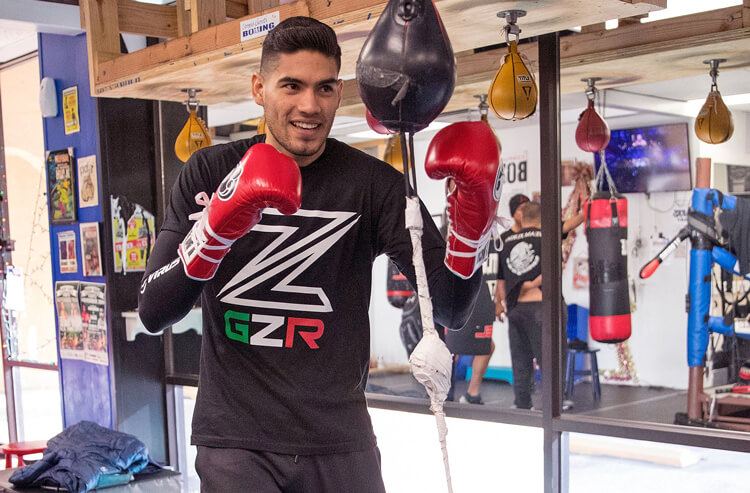