Cousins completed 22 of 27 passes for 306 yards and two scores, both to Thielen (130 yards), and Cook had 218 total yards to snap the Vikings' five-game losing streak in outdoor stadiums.

It was the first loss for Jones, who had engineered a two-game winning streak since taking over for Eli Manning. The rookie finished with just 182 yards on 21-of-38 passing with a touchdown and a late interception for the Giants (2-3).

The Vikings (3-2) sacked Jones four times and made two fourth-down stops in the second half, including a crucial one in the third quarter when the Giants went for it on fourth-and-2 from Minnesota's 3-yard line.

The Vikings took an 18-7 lead into halftime, a margin that did not reflect their domination of the first 30 minutes.

The Vikings settled for Thielen's first touchdown and three Dan Bailey field goals despite racking up 351 yards of offense, running nearly twice as many plays as the Giants, and dominating time of possession, 20:40 to 9:20.

Minnesota's only touchdown of the half came on the first play of the second quarter. Cousins hit Thielen with a 15-yard touchdown toss to cap an 11-play, 98-yard drive that put the Vikings up 10-0.

Cousins finished the first half 19 of 23 for 278 yards, with Thielen and Cook the prime beneficiaries. Thielen hauled in six catches for 121 yards and the score while Cook finished with 133 yards from scrimmage, 86 of those through the air.

A key sequence came with 2:22 left in the half. Cook scampered for 19 yards to the New York 5-yard line but had the ball stripped by Jabrill Peppers and the Giants recovered on their own 1.

On the Giants' ensuing offensive play, a host of Vikings, led by Anthony Barr, swarmed running back Jonathan Hilliman in the end zone for a safety and a 15-7 lead. Hilliman was in for Wayne Gallman, who left the game with a concussion.

The Giants mustered just 92 yards of total offense in the half. But New York countered the Vikings' touchdown when Jones found Darius Slayton for a 35-yard strike with 12:08 left in the second to cut the lead to 10-7.

It would prove to be the Giants' only touchdown of the game. 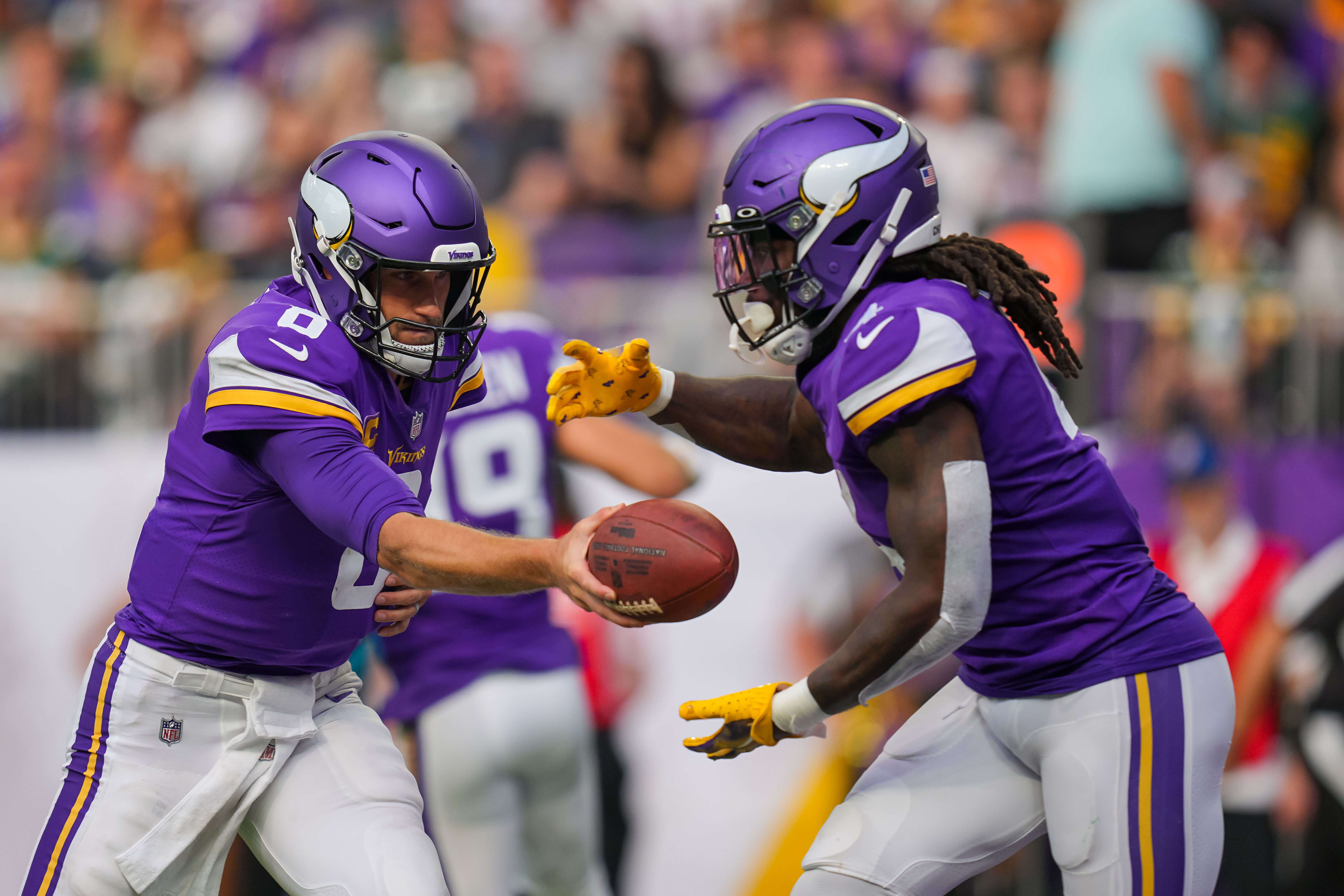