No. 11 Penn State turned over a slippery football five times but its defense didn't drop the ball in a 17-7 Big Ten win over visiting Northwestern on Saturday in rainy State College, Pa.

After each of its takeaways, Northwestern (1-4, 1-1) failed to make a first down against the stingy Penn State defense, which limited the Wildcats to 241 total yards and 13 first downs.

The lone score for the Wildcats came late in the third quarter when Ryan Hilinski threw a 47-yard touchdown pass to Jacob Gill, cutting the Nittany Lions' lead in half, 14-7.

But Penn State answered with a drive that produced a 38-yard field goal by Jake Pinegar and the Nittany Lions' defense held on the rest of the way.

Northwestern had a chance to score early in the fourth quarter. But on fourth-and-goal at the Penn State 1, Hilinski ran into a wall of defenders on a quarterback sneak. It was one of three times in the final period that the Nittany Lions forced the Wildcats to turn the ball over on downs.

Penn State bottled up Evan Hull, the Big Ten leader in all-purpose yards, who finished with 77 yards on 14 touches. Hull entered averaging a combined 181 yards rushing and receiving per game.

Nick Tarburton led the Penn State defense with a sack, a forced fumble and a fumble recovery.

Penn State committed turnovers on back-to-back possessions in the first quarter but the defense got the ball back quickly with a three-and-out and an interception by Ji'Ayir Brown.

Clifford followed Brown's pick with a 20-yard touchdown pass to Brenton Strange who vaulted over a tackler and into the end zone to complete a 60-yard, five-play drive that put Penn State up 7-0.

The Nittany Lions took advantage of another turnover to score their second touchdown. When Hilinski couldn't control a low shotgun snap, Tarburton recovered to give Penn State possession at the Wildcats' 45.

After Singleton gained first downs on consecutive plays, the freshman powered into the end zone on a 2-yard run that put Penn State up 14-0. 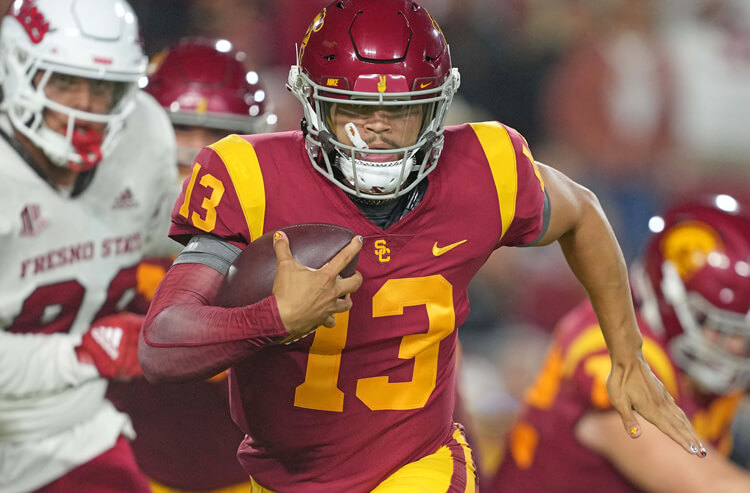 Alabama vs Arkansas Odds, Picks and Predictions: Young Gives Heisman Performance
About Us
Contact Us
Careers
Our Team
Brand
Testimonials