The rivalry might not have a catchy label but heated feelings remain prevalent when No. 9 Oregon visits Oregon State in Pac-12 action on Friday at Corvallis.

Five months ago, the two schools dropped the "Civil War" tag that was long associated with the annual contest. The mutual change came one month after the murder of George Floyd in Minneapolis prompted names and symbols of the Confederacy to be scrutinized.

Another difference is the audience. No fans will be in attendance due to coronavirus protocols and both coaches wish the typical game-day atmosphere was possible.

"I feel for the fans, I do," Ducks coach Mario Cristobal told reporters on Monday. "Because you can feel the enthusiasm, the energy, the anticipation for games like this, in the community."

Oregon State coach Jonathan Smith knows the rivalry from the standpoint of a player and coach. He quarterbacked the Beavers from 1998-2001 and ranks third in school history with 9,680 career passing yards.

"We'd love to have Beaver Nation out here," Smith said during a press conference on Monday. "At the same time, I feel grateful that we're able to play this game in 2020. All of us get that it's really different, but I'm grateful we get to play them."

Oregon is currently the Pac-12's best option per landing a spot in the four-team College Football Playoff. But the Ducks would see any chance evaporate with a loss.

Oregon rolled to solid wins in its first two games -- 35-14 over Stanford, 43-29 at Washington State -- before struggling to post a 38-35 home victory over UCLA last Saturday.

"We were a little bit out of sync, and like we told those guys, 'Look, when you win, you don't apologize for winning, you don't get down for winning, you just recognize where you got to get better,'" Cristobal said. "And we weren't at our very best, and we know that we have to improve certain things."

Sophomore quarterback Tyler Shough passed for 334 yards and three touchdowns against UCLA and is getting comfortable as the replacement for departed first-round NFL draft selection Justin Herbert. Shough has thrown for 646 yards and seven touchdowns over the past two games.

Shough also has 197 rushing yards, second on the team behind junior CJ Verdell's 241.

Senior safety Jordan Happle had a 58-yard interception return for touchdown and recorded a career-best 11 tackles against the Bruins.

Happle and the rest of the Oregon defenders could have their hands full when it comes to dealing with Beavers star runner Jermar Jefferson.

Jefferson, a junior, rushed for a 75-yard touchdown on the first play from scrimmage and finished with a career-high 196 yards in last Saturday's 31-27 victory over California.

Jefferson has 13 career 100-yard games, including in all three games this season. He has 449 yards and five touchdowns and owns a stellar 7.2 average per carry.

"Look at last week, he comes right out of the gates and goes to the house," Oregon defensive coordinator Andy Avalos told reporters. "He's a very patient runner. ... He's a bigger back who has an explosive step and when he hits the crease he has the speed to take it the distance."

Looking at our first three games, I've got to imagine that they'll be preparing to slow Jermar down, so we'll have to be ready for that," Smith said. "We'll need to be balanced to find success."

Over is 5-0 in Ducks last 5 games following a straight up win.

Ducks are 6-0 ATS in their last 6 road games vs. a team with a losing home record.

Beavers are 5-0 ATS in their last 5 games after accumulating less than 170 yards passing in their previous game.

Beavers are 5-0 ATS in their last 5 games as an underdog.

Beavers are 5-1 ATS in their last 6 games overall.

Beavers are 5-1 ATS in their last 6 conference games.

Ducks are 6-1 ATS in their last 7 meetings in Oregon State.

Play For Free
Line Movement
Line Movement
Full Line Movement
Terminology
Terminology
A Look Back displays a variety of recent results, stats and head to head meetings that reflect past and upcoming matchups.
Total Yards / Per Play Yards displays the team’s performance for a matchup and also shows the difference against the opposition for that specific matchup in brackets.
Terminology
Stats Analysis displays a deeper dive on head to head stats / categories and includes the league average for comparison.
Terminology
Odds Analysis displays ATS or O/U records and stats in different situations.
Know Who'll Cover Between:
Oregon -vs- Oregon State? 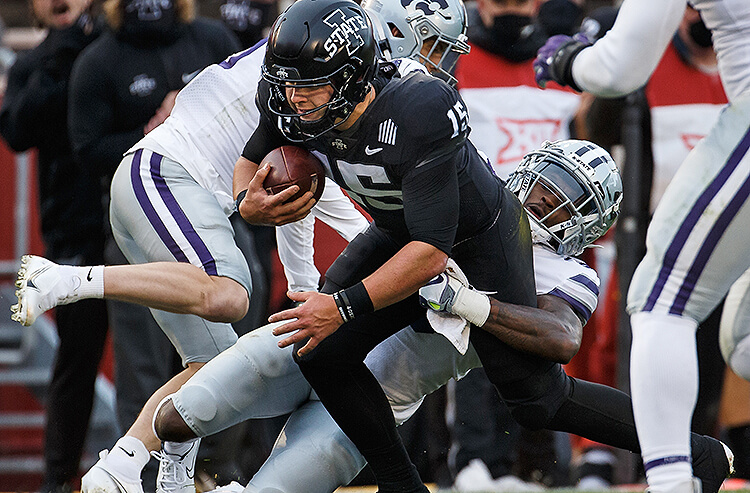 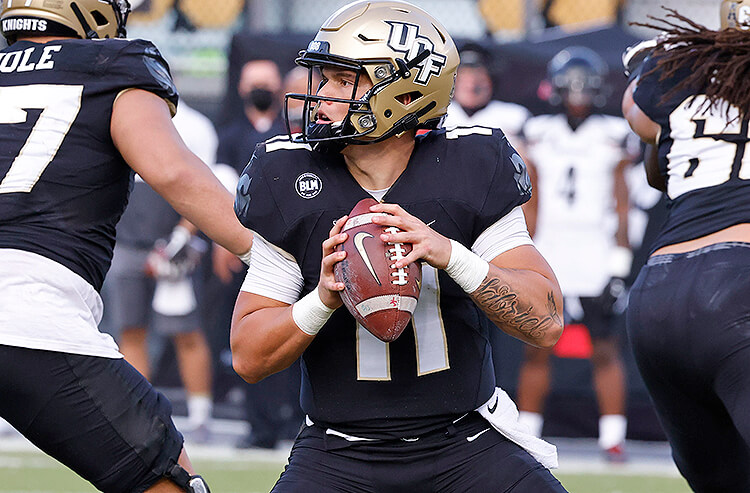 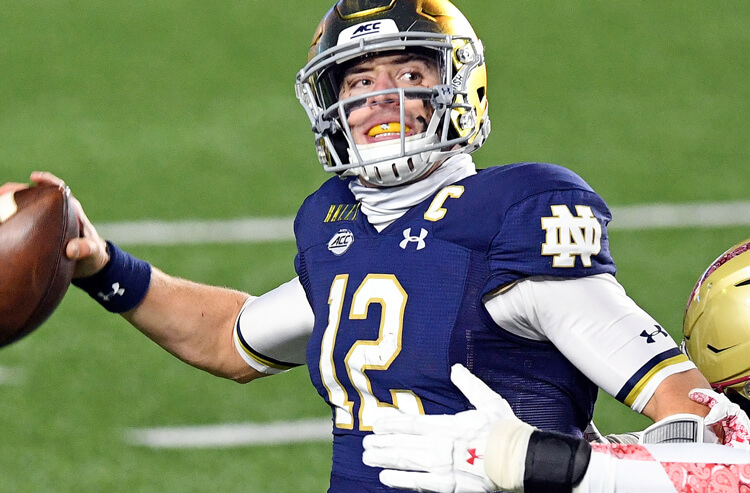