Madison Bumgarner recorded the first walk-off hit of his career Tuesday night, singling home Gorkys Hernandez as a pinch hitter in the bottom of the 12th inning for a 5-4 Giants win over the San Diego Padres in San Francisco.

After the Padres had tied the game with a run in the ninth, the Giants got a leadoff triple from Hernandez off the seventh Padres pitcher, Rowan Wick (0-1), in the 12th, setting the stage for Bumgarner.

The Padres chose to pitch to Bumgarner rather than walk him with two bases open, and he responded by lining Wick's second pitch into left field for the Giants' 10th walk-off win of the season.

The RBI was the first of Bumgarner's career as a pinch hitter, a role in which he is now 4-for-10.

Mark Melancon (1-3), who pitched two scoreless innings, was credited with the win, which snapped the Giants' five-game losing streak.

The Giants took a 4-3 lead into the top of the ninth inning, but closer Will Smith couldn't slam the door, allowing a one-out double to Wil Myers and a game-tying RBI single to Franmil Reyes.

The Padres had taken a 3-1 lead against Giants starter Chris Stratton in the third inning with the help of two San Francisco errors.

Stratton lasted just 4 2/3 innings and was charged with three runs (two earned) and six hits. He walked five and struck out five.

Hunter Pence's solo home run, his fourth of the season, closed the gap to 3-2 in the fifth inning. The homer came against Padres starter Robbie Erlin, an Oakland native who was seeking his first career win in San Francisco.

Erlin was pulled after five innings, having limited the Giants to two runs (one earned) and four hits. He struck out four and did not walk anyone.

The Giants grabbed a 4-3 lead against the San Diego bullpen in the seventh on Gregor Blanco's two-out, two-run double that scored Pence and Joe Panik, both of whom had singled.

Pence scored three times and had two hits for the Giants, who improved to 11-7 against the Padres this season.

Freddy Galvis collected four hits and Reyes had three for the Padres, who out-hit the Giants 12-9.

Yankees vs Red Sox Picks and Predictions: Gerrit Cole at Plus Money Just Too Good to Ignore 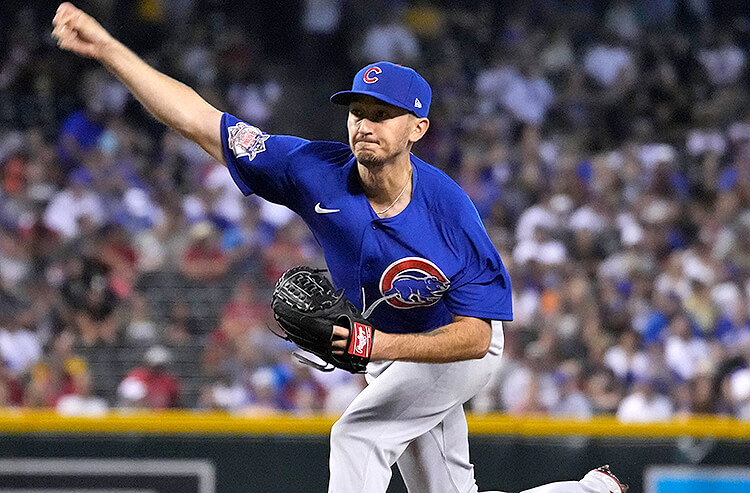 Diamondbacks vs Cubs Picks and Predictions: Zac(h) Supremacy Is On The Line Today... But Not Much Else
About Us
Contact Us
Careers
Our Team
Our Community