Germany is hanging on as the fourth-place favorite on the odds board for Euro 2020.

The final tournament for manager Joachim Löw will see Germany feature a lineup of many new names and faces at Euro 2020. Despite going through a transitional phase, the German side sits as the fourth favorite on the odds board — will they be a factor in the knockout stage?

Germany find themselves in Group F, the deepest of the tournament, along with France, Portugal, and Hungary. They benefit from playing all three group-stage games in Munich.

Odds for Germany to win

Germany opened +750 on the  Euro 2020 odds board and have been bouncing around consistently. In the winter, their price reached a peak of +800, but money has come in supporting them in April and May dropping the current price to +700.

Here’s how Germany’s odds to win the tournament have looked over the last eight months, as compared to the other tournament favorites.

The main story for Germany at this edition of the European Championship is the end of an era. Joachim Löw has been at the helm of the national team since 2006. If he wants to cement his legacy and add a Euro 2020 title to his 2014 World Cup win, he will have to rely on youth.

The only two returning names from the squad that dominated Brazil in 2014 are Neuer and Kroos. Bettors should not confuse lack of experience with lack of talent. This team is loaded from front to back and is as strong tactically as any in the tournament.

Neuer, at age 34, has returned to the peak form that he flashed in the mid-2010s. He has kept more than twenty clean sheets at the club level since the beginning of this season. In front of him will be the rock-solid center-back duo of Antonio Rüdiger and Niklas Süle. What remains to be decided is just who will start at full-back on either side, but it is not due to lack of talent. Currently, five players are battling for two spots.

Kroos, at age 31, remains a key midfielder and deep-lying playmaker. Off another terrific season at Real Madrid, he enters in top form. Next to him are Leon Goretzka and Joshua Kimmich, who both also enter in brilliant form off terrific club-level seasons. The trio makes for a dynamic forward-pressing midfield which gives Germany more attacking pop than listed on paper.

While Timo Werner is the only true striker on the team, it is the duo of Bayern wingers, Serge Gnabry and Leroy Sané who do much of the finishing. The three of them combined for 13 goals in ten qualifying matches. The combination of pace, press and tactical ability make this German front extremely difficult to defend and plan against.

While his club stats do not jump off the sheet (nine goals in 24 matches), qualification and Nations League play suggest that Gnabry is going to be the main benefactor of the intense German attack buildup. He has scored ten times in 13 competitive appearances since 2019. His quickness and ability to work in space and clever timing of his runs are perfect fuel to the fire for how Germany works the ball forward. He is listed at odds of +1,600 to be top goalscorer at the tournament but also provides a ton of value for bettors in anytime goalscorer markets each match due to the high output of this German side.

If Löw can get the new names on the squad to click together, Germany can make a run deep into the tournament. He has solidarity at the back and a cohesive unit up front that plays with enough aggression and creativity to overpower and compete with the best defensive teams in the tournament. However, a shocking loss to North Macedonia in March and a 6-0 defeat at the hands of Spain in November show some vulnerabilities within the squad. 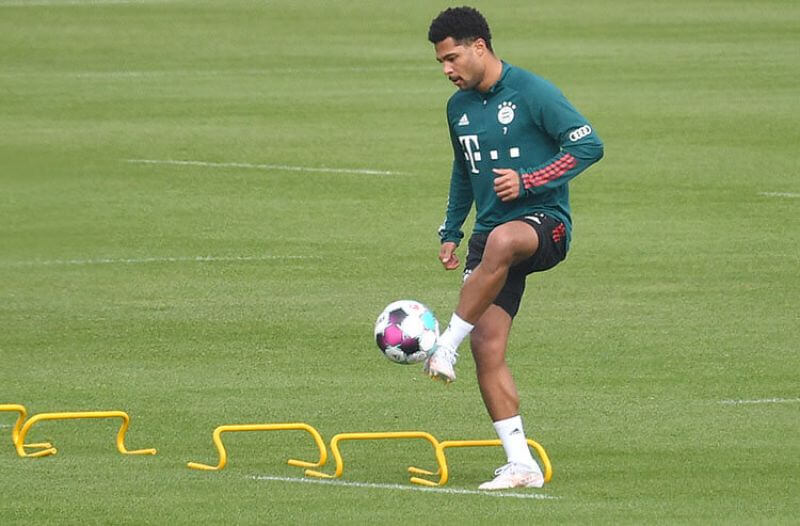