Costa Rica vs Canada Gold Cup Tips and Predictions: End of an Era?

Costa Rica appear to be on the downward slope as Canada welcomes in their most talented generation to date. Which side will have the edge when they meet in the Gold Cup quarterfinals? Check out our tips and predictions.

The 2021 CONCACAF Gold Cup enters its knockout stages, with a pair of intriguing quarterfinals on Sunday. The early slot will see two teams seemingly headed in opposite directions clash, as an ascending Canada team meets an aging Costa Rica squad.

Canada was unable to keep hold of their Group B lead in the final matchday, finishing second to set up a matchup against Group C winners Costa Rica. Which team will continue their Gold Cup into the semifinals? Check out our Costa Rica vs. Canada tips and predictions for July 25.

Should the roof at AT&T Stadium be open on Sunday, it will welcome in the beautiful afternoon sunshine with temperatures expected around 100 degrees Fahrenheit.

Canada was dealt a blow ahead of the Gold Cup, when Alphonso Davies suffered an ankle injury that would keep him out of the tournament, joining the nation's other prominent rising star, Jonathan David, on the outside of their tournament squad. They then wrapped up the group stage with a similar blow, as recent debutant Ayo Akinola suffered a torn ACL against the United States.

While Canada had the depth to overcome David's absence and Akinola's injury, a major part of that depth was red-hot striker Cyle Larin. In the best form of his career, Larin had scored five goals in his previous five international appearances, including two at the Gold Cup. Unfortunately he, too, was lost for the remainder of the tournament with an injury.

The goal-scoring onus will now fall onto the Vancouver Whitecaps' Lucas Cavallini. While Cavallini has always had a modest output at club level, he has been among Canada's most consistent performers recently — especially when Larin was struggling — netting five times in four games at the 2019 Gold Cup and adding another five in five World Cup qualifiers. Though Cavallini is, ideally, Canada's fourth-choice striker, he is a good representation of the depth they boast up top.

As Canada ushers in a new era, Costa Rica's cycle is seemingly nearing its end. While they were able to follow up their miracle run at the 2014 World Cup with qualification in 2018, they have seemingly been on the downward slope since. Despite getting drawn into a Nations League group with Curacao and Haiti in the inaugural edition, the Costa Ricans won the group with just a single win and three draws, before finishing last in the Nations League finals, losing to Mexico then Honduras.

Even Costa Rica's Group C triumph was not particularly convincing, beating 10-man Guadeloupe 3-1 to an 11-game stretch without a win, and coming from behind to beat Suriname before hanging on against Jamaica. Though Costa Rica are favored over Canada, there is no reason to expect an easy win for either side. This one will require extra time.

Both teams to score

In their group-ending win over Jamaica, Costa Rica managed to keep their first clean sheet of the tournament, but it was not easy. Goalkeeper Leonel Moreira got sent off after he was forced to handle an errant back pass outside the penalty area, and Jamaica continued to pour on the pressure, finishing with 18 shots to Costa Rica's five.

Canada, meanwhile, are yet to hold an opponent off the scoresheet at this year's Gold Cup, though they did manage to keep the United States at bay for 89:40 plus injury time (unfortunately, that came after a goal 20 seconds into the match). Between Bryan Ruiz, Joel Campbell, Johan Venegas, and Ariel Lassiter, they will now face the most potent and experienced attack yet at the Gold Cup.

Both Canada and Costa Rica will enter their quarterfinal optimistic about advancing into the semifinals, but whichever side moves on won't do it on the back of a flawless defensive effort. 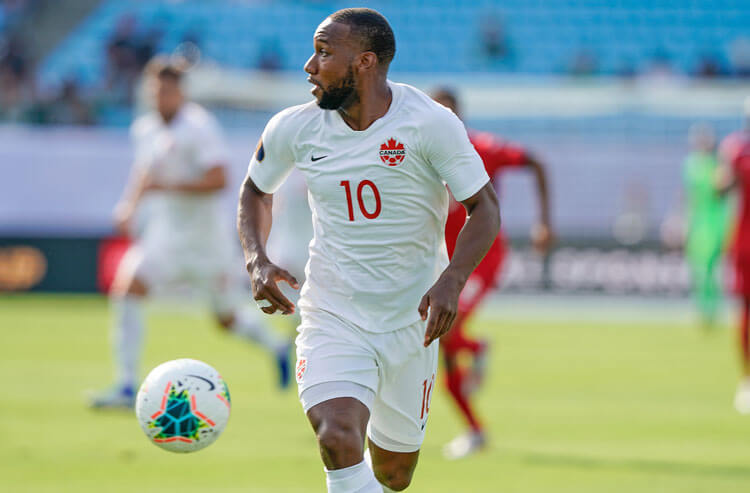 Costa Rica vs Canada Gold Cup Tips and Predictions: End of an Era?
Provided by