The 2020 U.S. Presidential election is a hot betting item overseas, with UK-based sportsbooks expecting to double the amount of action that was generated in the 2016 election.

With Election Day one week out, there’s a frenzy of U.S. presidential election betting. Sportsbooks across the United Kingdom, where political betting is not only legal but wildly popular, are getting pounded by the pound, so to speak.

As was the case four years ago, it’s an interesting dynamic in the UK, where U.S. presidential election betting is incredibly popular with punters – the British term for bettors.

“We are confidently looking to at least double 2016,” Ladbrokes political trader Matthew Shaddick told Covers this week. Shaddick said that in terms of money wagered, this election will easily be the biggest political betting event ever – well beyond what the Brits wager on their own political matters.

Such wagering is not legal in the U.S. sports betting market. But offshore sportsbooks are certainly seeing an influx of American cash and are on record pace, as well.

“Action is insane. It’s crazy how much politics have gone from a niche event to a serious betting event,” said a spokesperson for one well-known offshore sportsbook. “We are way ahead of 2016 numbers. We will double our numbers for sure. We are a bit bigger (as a company) than we were back then, but nowhere near twice the size, so doubling our volume is very significant.”

By this time in 2016, UK and Ireland sportsbook Paddy Power was so confident in a Hillary Clinton win that it paid out all tickets on the Democratic nominee, well before Election Day – more than $1 million. Then came the stunning Trump upset, leading Paddy Power to pay out another $4.5 million to those who bet on the underdog.

The current line at Paddy Power is Biden -225/Trump +188, much tighter than at this point in 2016, so don’t expect to see a bold early payout this time.

Robert Barnes, a U.S. attorney and avid political bettor, was among those who cashed out big at UK sportsbooks with his Trump-related wagers. He believes there’s some value in a few election prop bets: on the standard to-win presidential market, as well as state-by-state markets and in congressional markets.

“There are good underdog odds for Trump, for Republicans in the Senate, and a decent long-shot bet on even House races for the Republicans,” Barnes said, noting he’ll again be in on the action. “Yes, betting big again on Trump, with a wide range of bets on states, electoral vote margins and popular vote margins.” 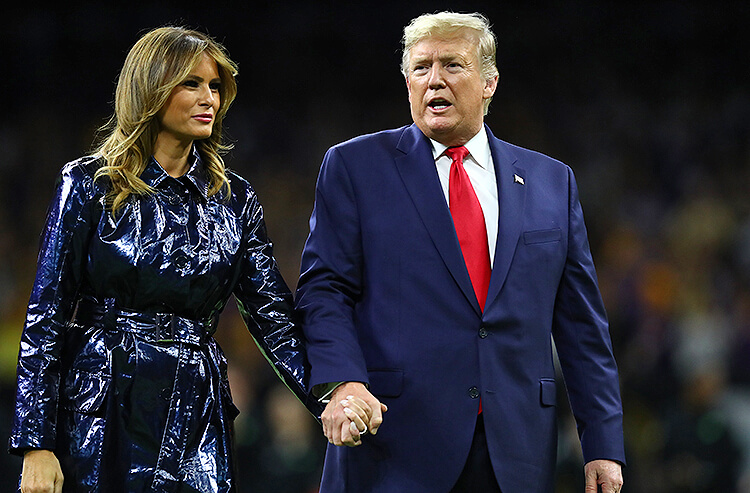