Election betting would be bigger than Super Bowl

According to estimates from Nevada sportsbook operators, betting on the U.S. presidential election could generate more than $1 billion in handle just in the Silver State alone.

Bookmakers believe election betting could generate 10 to 15 times more money wagered than the Super Bowl. But despite that, no legal U.S. sportsbook offers political betting such as presidential election odds – though West Virginia briefly tried in early April. Several states' statutes and a 2012 federal ruling are seemingly at odds with such wagers.

According to the Nevada Gaming Control Board, $154.7 million was bet on Super Bowl LIV in February - just shy of the Super Bowl LIV state-record handle of $158.6 million. If books are correct, election betting handle would be well beyond $1 billion in Nevada alone.

Meanwhile, political betting – particularly on U.S. elections – thrives in the legal jurisdictions of the United Kingdom and Ireland, and it’s certainly a popular play at offshore books. There’s no doubt legal U.S. operators are missing out on a boatload of cash.

Jay Kornegay, who oversees The SuperBook as Westgate Resorts’ vice president of race and sports, is well aware of presidential election betting’s popularity elsewhere. The numbers he cites for potential handle are mind-boggling, to say the least.

“Just talking to others who have booked the election, they’ve been saying for years that the presidential election handle would dwarf the Super Bowl,” Kornegay said. “That’s been widely discussed, in the United Kingdom and at offshores. And when I saw dwarfs, I’ve heard 10 to 15 times the Super Bowl numbers. More people have political opinions than sports opinions. You’re reaching a bigger demographic.”

Some politicians and state officials aren’t quite as comfortable catering to that demographic, as evidenced by a statement from West Virginia Secretary of State Mac Warner, who in his role oversees elections. After the West Virginia Lottery’s April 7 approval of political betting was quickly revoked, Warner issued a statement saying in part: “Gambling on the outcome of an election has no place in our American democracy. Not today. Not tomorrow. Not ever. This is a terrible idea. Let’s shut this down right now and be very clear about it.”

However, across the pond in the UK, political betting is practically ingrained into citizens’ DNA. It’s widely accepted, and bettors particularly enjoy wagering on American politics. Matthew Shaddick, political odds trader for Ladbrokes, stands surprised that state and federal officials have such disdain for election betting.

“Ladbrokes have been betting on politics for over 50 years now and, whilst it may have been mostly a loss-leading PR exercise in the past, it's a pretty serious business now,” Shaddick said. “For those who worry about the ethics of betting on politics, I think there is very little evidence of any negative effects, based on the UK experience. I'm not aware of any instances of the democratic process being compromised in any way by the existence of a legal, regulated political betting market. There will certainly be some people who end up taking a much greater interest as a result of being able to place a bet.”

Betting on presidential election odds would certainly generate tremendous handle for legal, regulated sportsbooks. It would also put those operators on even ground with offshore books, which maintain a significant competitive advantage by booking markets that U.S. books cannot offer.

Perhaps someday, the value of the political betting demographic will lead to oddsmakers gaining permission to book presidential election odds, easily the most popular nonsports market out there. While West Virginia Gov. Jim Justice railed against election betting – “It’s humorous, but it’s ridiculous,” Justice told The Associated Press – as did his Secretary of State Warner, West Virginia legislator Shawn Fluharty said such markets were baked into the legislative cake prior to passing the state's sports betting bill in 2018.

“All I can say now is that when we approved the legislation initially, we intended on allowing this type of betting market,” Fluharty said. “It’s inevitable and already offered in Europe.”

In the midst of the COVID-19 shutdown, U.S. sportsbook operators are digging deep to find other markets to offer, be they in sports or elsewhere. Kornegay has concerns with some of the markets being discussed, and even some that are gaining approval to go on the betting board. But he’s all in on political betting.

“To me, the election is a gimme,” Kornegay said. “We know the information is all out there. There are all these projections and speculation and opinions. It’s all out there in the open, and we know how popular the presidential election would be. No other elections, just the presidential election, and the nominations from each party. I think those three, I’d be very comfortable booking that.” 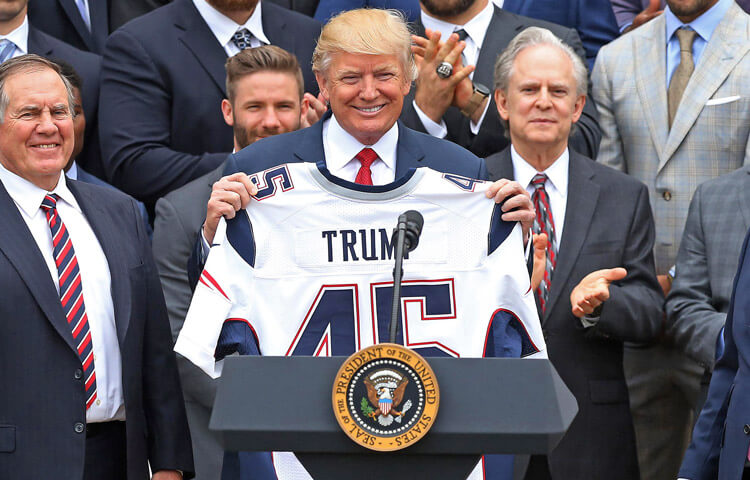 Election betting would be bigger than Super Bowl
Provided by