The Red Wings have been playing tighter defensive hockey of late and while their divisional opponents tonight have a high-octane attack, our betting picks aren't sure the Sabres can get the job done. See what market we like best below. 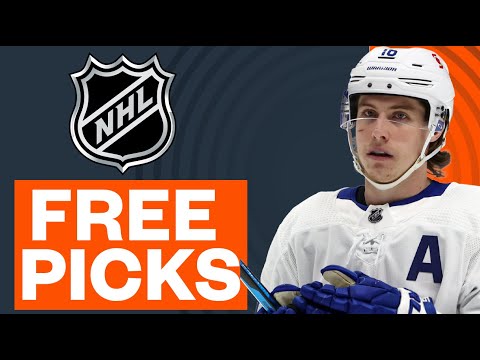 There is an Atlantic Division tilt on Wednesday’s first TNT game with the fourth-place Detroit Red Wings hosting the seventh-place Buffalo Sabres. These teams met once earlier this season as the Sabres won 8-3 on Halloween in Buffalo.

Will the Sabres take care of business once again, or can the Red Wings grab revenge on home ice? Find out in our free NHL picks and predictions for Sabres vs Red Wings on Wednesday, November 30.

These two divisional foes enter this contest trending in opposite directions with Buffalo losing 10 of its last 12 games and Detroit winning four of its last five. Those trends should continue in this matchup with goaltender Craig Anderson slated to start between the pipes for Buffalo.

This season, the veteran netminder boasts a .917 SV% and 2.76 GAA. While those surface-level stats are very strong, his metrics suggest regression is looming.

At 5v5, Anderson ranks just 23rd among starting goaltenders in goals saved above expected per 60 minutes (GSAx/60). In front of Buffalo’s netminder is a fade-worthy defense that also ranks 23rd in the league in expected goals against per 60 minutes (xGA/60) at 5v5.

The Sabres’ blue line will be especially thin for this contest as defensemen Jacob Bryson and Ilya Lyubushkin are both slated to miss this game. That means Buffalo is left with an offensive-minded defense with the likes of Owen Power and Rasmus Dahlin.

A lack of defensive identity is a trend that dates back to last season under head coach Don Granato as the Sabres finished in the bottom third of the league in xGA/60 at 5v5. Poor defensive play has been a key factor for Buffalo’s lack of success over the past month, allowing four or more goals in eight of their last 12 games.

In a game that is likely to be back-and-forth and go down to the wire, give me the better defensive group in a revenge spot to grab a victory as a short favorite on home ice.

For our readers who are inclined to take more risk, Detroit should also be a great play on both the regulation moneyline (+110) and the puck line (+180). After jumping out to a 7-3 start to begin the season, the Sabres have come back down to earth with a 2-9-1 record over their last 12 games.

Over that stretch, they have a -13 goal differential while losing by two or more goals eight times and nine times in regulation. Meanwhile, the Red Wings have covered the puck line in three of their last four wins.

In my opinion, 35 cents of juice is worth taking to protect us from an overtime result, but Detroit’s regulation moneyline or puck line would not be bad plays either for those looking for a bigger payout.

The Over would probably be the play to make for those looking to bet the total in this contest. Buffalo’s leaky defense is going to be thin, which is a recipe for disaster for a team that has enough trouble suppressing high-danger scoring chances.

However, the one thing that the Sabres do well is producing offense as they rank ninth in the league in expected goals for per 60 minutes (xGF/60) at 5v5. Because of this combination of poor defense and strong offense, there have now been seven or more total goals scored in five of their last seven games.

On the flip side, Detroit also finds itself regularly involved in high-scoring affairs recently with seven or more total goals scored in five of its last eight games. The first matchup between these two clubs this year saw 11 total goals, so the Over would be the play to make for this interested in going that route.

The Sabres have lost 10 of their last 12 games. Find more NHL betting trends for Sabres vs Red Wings.