Patrick Johnson had seven sacks this season to lead a strong Tulane defensive line. The Green Wave will take on Nevada in the Famous Idaho Potato Bowl as three-point favorites.

It's the most wonderful time of the year: Bowl Season! The college football betting board has a pair of games on Tuesday, beginning with the Famous Idaho Potato Bowl featuring the Tulane Green Wave and Nevada Wolf Pack.

Tulane is installed as a three-point favorite for this contest, which will be held at Albertsons Stadium in Boise, Idaho.

We break down the college football odds with our best free picks and predictions for Tulane vs. Nevada at the Famous Idaho Potato Bowl on Tuesday, December 22, with kickoff at 3:30 p.m. ET.

It's expected to be a brisk day at Albertsons Stadium with temperatures dropping to 39 degrees, winds reaching 16 mph and a four percent chance of precipitation. Be sure to monitor the gametime conditions with our NCAA football weather info.

The Green Wave are 6-1 ATS in their last seven games overall. Find more NCAA betting trends for Tulane vs. Nevada.

On the surface, Nevada's 6-2 record this season looks better than Tulane's 6-5 mark, but dig a little bit deeper and things don't look quite so rosy for the Wolf Pack.

The Wolf Pack don't have a single win against a team with a record above .500 and their first four wins came against schools that went a combined 5-20 SU this season. Tulane finished their regular season with four wins in their last five games, including two impressive victories against Memphis and Army.

The Green Wave were let down by their leaky secondary earlier in the year but seem to have tightened things up down the stretch. They held opponents to a respectable 225.4 passing yards per game in their last five contests after surrendering a whopping 324.3 ypg through their opening six games.

The line of scrimmage is one area where Tulane should have a clear advantage over Nevada. The Green Wave stop unit has a strong defensive line led by Patrick Johnson and Cameron Sample, while their offensive line has a terrific group of run blockers that power a rushing attack that ranks 14th in the nation with 219.5 rushing yards per game.

Another key to this game could be the turnover battle—Nevada ranks near the bottom of the country in takeaways while Tulane has an impressive turnover margin of plus-8.

Expect Tulane to control the line of scrimmage and force turnovers, resulting in a Green Wave win and cover.

Nevada's aerial attack ranks ninth in the country with 325.1 passing yards per game but Tulane has improved on the back end and has one of the best pass rushes in the nation, racking up 38 sacks this year.

As for the Wolf Pack defense, they've played much better than what was expected from them after a horrendous 2019. They have held FBS foes to just 22.9 ppg after surrendering 33.5 ppg a year ago.

The Under is 4-1 in Tulane's last five games while also going 5-1-1 in Nevada's previous seven contests. With the Wolf Pack also going 6-0 to the Under in their last six neutral site games back it again on Tuesday.

Did you know that if you parlayed today’s Famous Idaho Potato Bowl: Tulane vs. Nevada picks, you could win $26.45 on a $10 bet? 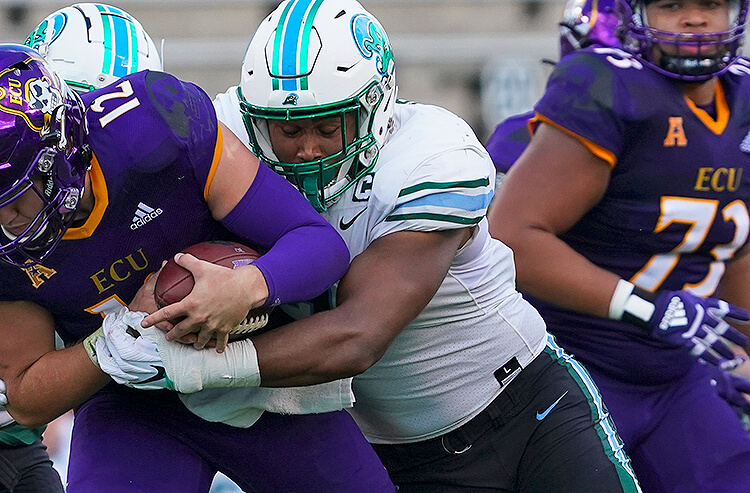