UCLA will look to put two ugly losses behind them when it heads to Stanford as 7.5-point road favorites. Our college basketball betting preview likes the Bruins to bounce back against a team that's routinely been dominated by the nation's best.

The second meeting between the UCLA Bruins and the Stanford Cardinal this season gets underway Tuesday night in Palo Alto.

The first matchup wasn’t close. UCLA pulled away for a dominant 66-43 win at home in which Stanford couldn’t get anything going offensively.

The Bruins enter off two straight losses and are now two full games back from Arizona in the PAC-12 standings. Will Tuesday night be a bounce-back spot, or will the Bruins’ slide continue?

Check out our college basketball picks and predictions for the UCLA Bruins and Stanford Cardinal on Tuesday, February 8 to find out.

The line has remained steady since the opener at UCLA -7.5. The Bruins are expected to win comfortably on the road. The total opened at 134 which is where it currently sits across most books.

The Under is 6-0 in Stanford’s last 6 games as the underdog. Find more NCAA betting trends for UCLA vs. Stanford.

UCLA vs Stanford picks and predictions

Numbers first. UCLA holds the advantage in nearly every metric and is established as the superior team in this matchup. The Bruins check in at No. 12 in KenPom, while Stanford is found down at No. 85. Offensively, the Bruins are No. 21 while Stanford is a ghastly No. 112. Things aren’t close on the defensive side of the ball, where UCLA is No. 13 and Stanford is No. 68 — it really isn’t close.

UCLA made it to the Final Four a year ago and returns almost every key player. However, the Bruins are in the midst of a skid after Arizona evened the series with a 76-66 win at home and then Arizona State pulled off the upset with an 87-84 win in triple overtime. It’s the first time the Bruins (16-4) have lost back-to-back games this season, so they’ll be anxious to get back on track with a winnable game against the Cardinal.

These two teams faced off a week ago on Jan. 29 and UCLA pulled away with a comfortable 66-43 win at home. Stanford shot 13-48 from the field, including 3 of 20 from three-point range while having 22 turnovers.

UCLA is returning to health after a few players were banged up and star player Johnny Juzang missed a chunk of practice due to COVID protocols. The Bruins have four players averaging double-digits in the scoring department in Juzang (17.8 ppg), Jules Bernard (13.0 ppg), Jaime Jaquez (13.1 ppg), and Tyger Cambell (11.1 ppg). This is a veteran, well-rounded team with a multitude of contributors.

The Bruins are the better team from an analytical standpoint and we like this bounce-back spot for them. The Cardinal haven’t been anything special this season, getting blown out consistently by tough competition. Stanford has played well twice against USC but has lost by a sizable margin to every other elite team they’ve faced — by 38 points to Baylor, 28 to Arizona, and 23 to UCLA.

We think the cream rises to the top and UCLA gets back on track in a favorable matchup.

Neither team plays at a particularly fast tempo. UCLA checks in at No. 209 in KenPom’s tempo metric, while Stanford is at No. 159. Both teams lean more toward a defensive identity, ranking higher analytically on that side of the ball.

Stanford has faced a few elite defenses and has failed to produce every time — 48 points against Baylor, 60 against Texas, 57 against Arizona, and only 43 in the first meeting with the Bruins. We don’t mind a Stanford team total Under in this matchup. The full game total is appealing as well, given that neither team will be playing at a very high tempo and the first meeting saw only 109 total points.

We can’t get past how poorly Stanford has played against elite competition. UCLA may not have looked like an elite team this weekend in a loss to Arizona State, but by now there is enough data on the Bruins to know their true quality.

This is a bounceback spot for the Bruins and they have a winnable matchup. Stanford has struggled against elite defenses and Mick Cronin should have UCLA re-focused after back-to-back losses. 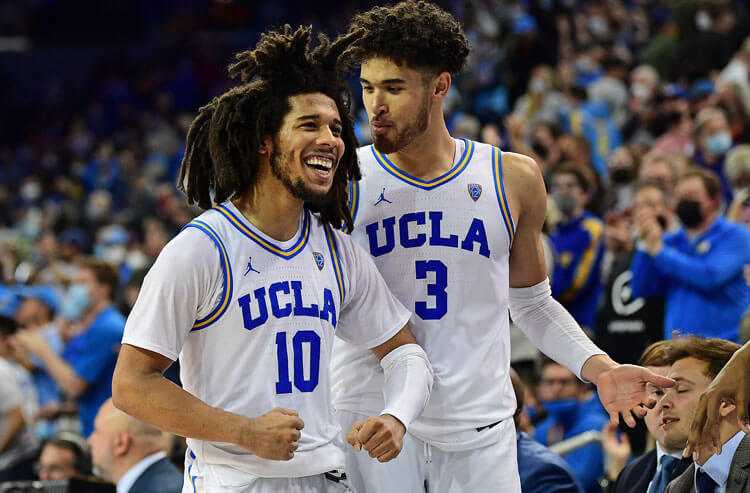