DraftKings is offering an intriguing new market as the world awaits the next destinations of Brooklyn Nets stars Kevin Durant and Kyrie Irving.

DraftKings is pitting a pair of teammates against one another for the upcoming NBA season.

The popular sportsbook has just released odds on whether Kevin Durant or Kyrie Irving will average more points per game in 2022-23. Durant has the edge at -175 with Irving presently listed at +130.

The two players have dominated the league’s news cycle since July 3, when Durant demanded a trade from Brooklyn. His unexpected request sent the Nets reeling and effectively put free agency on hold as the Association’s other 29 teams began vying for his services.

KD’s career could continue to rise in Phoenix

The Phoenix Suns are -110 favorites to land KD, and the odds certainly make sense. Durant listed Phoenix as one of his two preferred destinations along with Miami, and the Suns could swing a deal involving disgruntled center Deandre Ayton and a collection of draft picks.

Phoenix is coming off a disappointing second-round playoff ouster to the Dallas Mavericks, and Durant could provide the franchise with the kind of scoring punch it needs to claim its first NBA championship.

The uncertainty surrounding Durant makes it more likely that Irving could have a new zip code next season as well. The mercurial point guard has appeared in just 45% of his team’s games over the past three seasons, and appears to have worn out his welcome after missing extended time last season for undisclosed personal reasons and his public refusal to get vaccinated.

An Irving and LeBron reunion is in the works

Unlike Durant, who could fit in seamlessly on any team in the league, Irving doesn’t have many suitors. The Los Angeles Lakers appear to be among the few franchises desperate enough to gamble on the controversial seven-time All-Star, which is why they’ve emerged as heavy -200 favorites to become his next destination. The potential move would reunite Irving with LeBron James, with whom he won a championship in 2016 before their relationship soured.

Finding room for Irving and his hefty $36.5 million salary will take some finagling, and it’s likely his arrival will prompt the departure of Russell Westbrook, who is owed an ungodly $47 million in the final year of his five-year, $206 million deal. The San Antonio Spurs have entered the conversation as a possible participant in a three-deal megadeal, and appear willing to absorb Westbrook’s salary as they embark on a full-on rebuild.

Woj: "A team like the Spurs could be a facilitator in a Westbrook/Kyrie deal. You'd have to incentivize them at a pretty high level. That unwillingness of the Lakers to incentivize w/ multiple picks is still part of the reason that hasn't gone anywhere yet. That could change." pic.twitter.com/Q4KnENuRrt

Durant has the edge over his Brooklyn teammate

Forecasting Brooklyn’s next move is a tall task, but determining whether Durant or Irving will score more points next season couldn’t be easier.

In one corner we have the notoriously unreliable Irving, who has yet to play a full season in his 11-year career and has averaged 23.1 points per game since coming into the league in 2011. He finished tied with Durant for the team lead in scoring in 2020-21 and was outscored by KD by 2.5 points per game in 2021-22.

In the other corner, we have Durant, a four-time scoring champion who ranks third among all active players in career points. The two-time Finals MVP posted his highest scoring average in eight seasons in 2021-22, and continues to add lethal new facets to his arsenal with every passing year. Unlike Irving, who relies on his quickness and athleticism to gain separation, Durant can continue to be a lights-out scorer well into his 40s thanks to his impressive range and accuracy.

There’s also the matter of fit. If Durant ends up in Phoenix, as anticipated, he’ll benefit from playing with one of the league’s best distributors in Chris Paul and an unselfish sidekick in Devin Booker. KD and Book developed a close relationship during their time together at the Tokyo Summer Olympics and have spoken at length about their admiration for one another's games.

If Irving ends up in L.A., he’ll have to yield to a demanding, high-usage superstar in James, and another established star in Anthony Davis who also needs his touches. It's worth remembering that Irving posted the second lowest scoring average of his career during his first year alongside James, and averaged just 23.4 points per game during their three-year partnership.

There’s plenty of uncertainty swirling around Durant and Irving, but there’s little doubt who will fill the scoring column more in the year ahead. 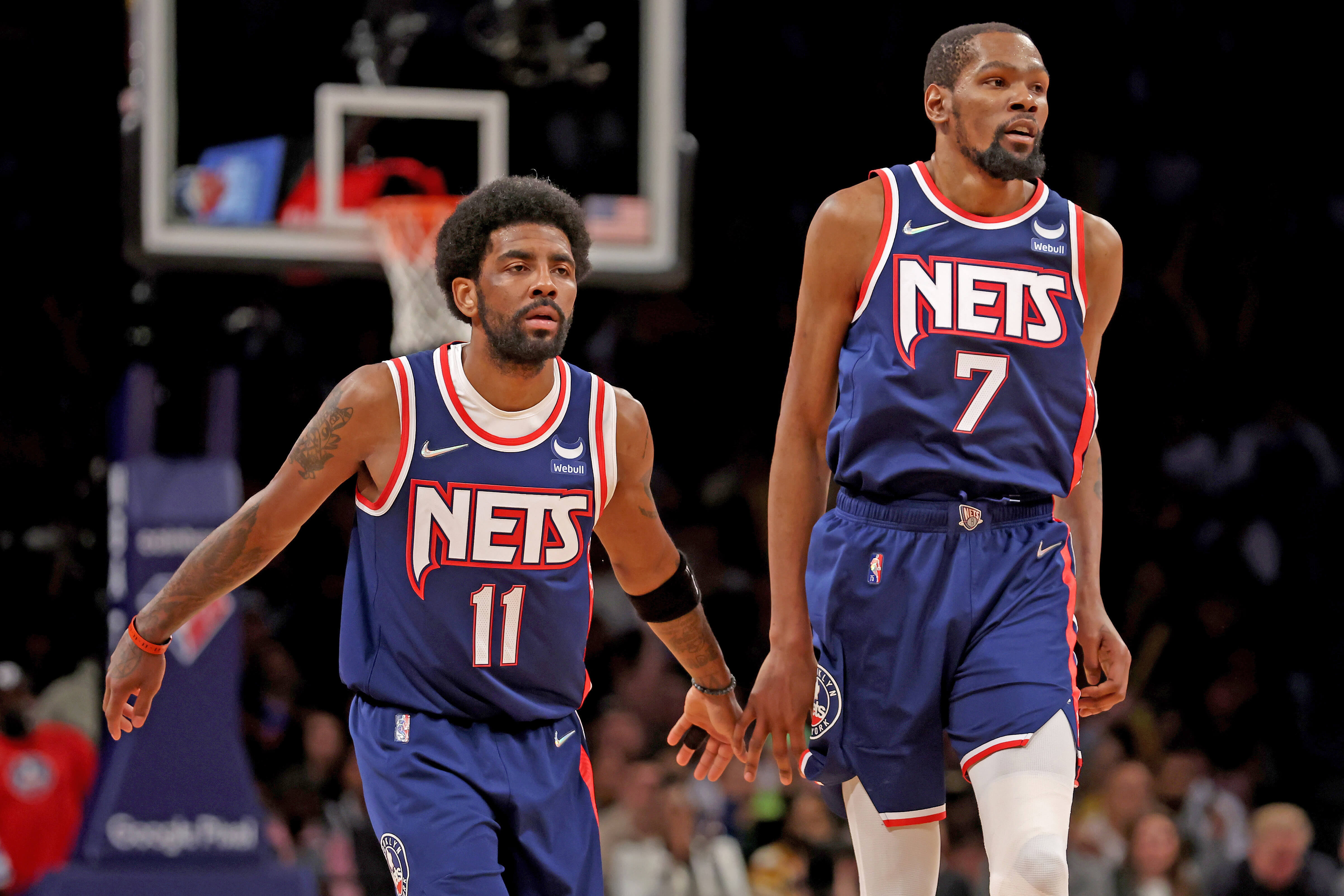