Boston's comeback got the headlines in Game 1 but the lack of impact from Golden State's role players was glaring. In Game 2 of Celtics vs. Warriors, our best player prop picks are counting on a greater impact from Jordan Poole as Boston's defense adjusts. 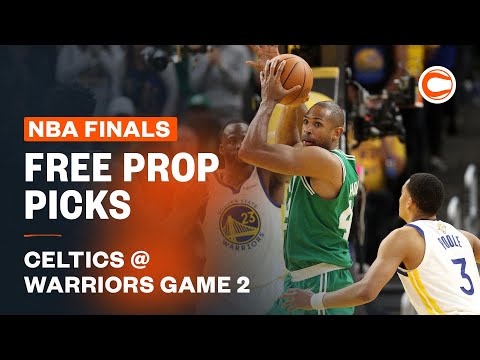 After the Boston Celtics' victory against the Golden State Warriors in Game 1 of the NBA Finals, expect both sides to make adjustments ahead of Sunday's Game 2. That's why we're banking on some regression for Al Horford, betting on a bounce-back performance from Jordan Poole, and stubbornly fading Stephen Curry.

Here are our best free NBA player prop picks for Game 2 of the NBA Finals on Sunday, June 5, with tipoff at 8 p.m. ET.

Be sure to also check out Jason Logan's full betting analysis for Game 2.

Al Horford put on a memorable performance in Game 1, dropping 26 points while shooting a sizzling 6-8 from 3-point range. Horford has impressive range and a shooting stroke for a big man but a performance like that is an outlier even for him.

Many of those 3-point attempts were uncontested and with the Dubs typically much better at closing out on the perimeter, I'm expecting them to shore up that area on Sunday.

Keep in mind that Horford averaged just 7.3 points in 37.3 minutes per game in the final four contests of Boston's previous series against the Heat. Expect some scoring regression from Horford and take the Under 11.5 on his points total.

I took the Under 27.5 on Stephen Curry's points total in Game 1 and looked like an idiot after Steph went off for 21 points in the first quarter before finishing with 34. But, I haven't learned my lesson and I'm fading Curry on that prop once again, this time with that total sitting at 28.5.

While Curry scored 21 points and drained six triples in that opening quarter, he scored just 13 points on 5-16 shooting the rest of the way. It wasn't like he was hitting his early shots with a hand in his face, either, since Boston was playing uncharacteristically soft defense in the opening frame and often gave him way too much room to operate.

Curry is averaging 26.4 ppg in 17 postseason games and it won't be easy for him to score more than 28 against a Celtics team that is limiting foes to just 101.4 ppg in the playoffs.

The Celtics have easily been the best defensive team in the league since the start of the new year and I expect them to make the necessary adjustments and do a much better job of harassing Curry in Game 2.

Back in the Poole

Curry had a terrific showing in Game 1 but Golden State could have used more help from its supporting cast. Specifically, Draymond Green, who went just 2-12 from the field, and Jordan Poole, who had just nine points and two assists while turning the ball over four times.

If the Dubs want to win the title, they'll need more production from Poole, who broke out this year with 18.5 points and 4.0 assists per game during the regular season.

Despite that lackluster showing in Game 1, Poole is still averaging 4.4 apg in the postseason and has racked up at least three assists in 13 of 17 contests. With the O/U on his assists total set at 2.5, bet the Over. 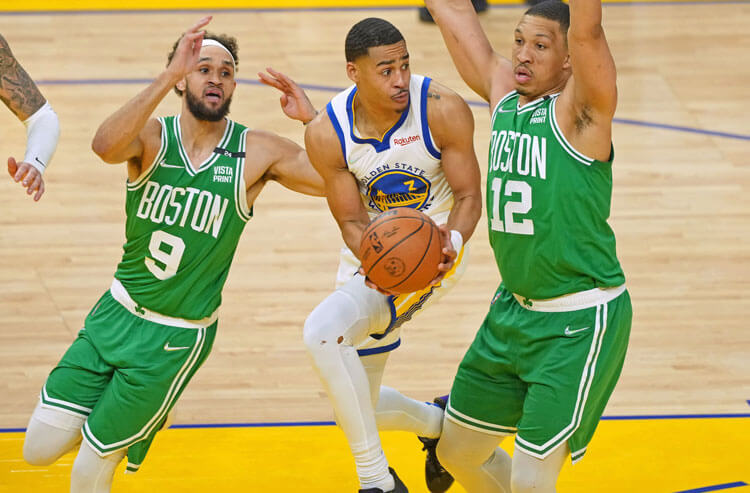