Tyler Reddick is primed for success at Homestead, and is looking to capture yet another post-playoff win in the Round of 8. See why our Dixie Vodka 400 picks think he's rightfully favored heading into this weekend's race.

NASCAR's season is officially on the home stretch.

Just three races remain until we crown the 2022 Cup Series champion, with Joey Logano sitting atop the points standings after last weekend's win in Vegas.

The circuit cruises into Homestead-Miami with its fancy new cars for the first time this weekend, making for some Dixie Vodka 400 odds that might be tougher to decipher.

But luckily, Covers is here to clear up the uncertainty. Check out our best free Dixie Vodka 400 picks and predictions for Sunday, October 23.

Picks made on 10/19/22 at 2:05 p.m. ET.
Click on each pick above to jump to the full analysis.
Odds courtesy of DraftKings Sportsbook.

This is his race. He was fourth in 2020 and runner-up last year. Reddick has never finished worse than fourth at Homestead before and was runner-up this past September in the Southern 500, too.

He swept both stages and the win in 2020, and was 11th last year. Hamlin also had a Top-5 car in both Darlington races earlier this year too, and enters having scored a Top-5 finish in two of the last three races on the season.

Darlington owes him one.

In the Xfinity Series, Gragson has three Top-5 finishes in four tries, and the one that he didn't was the last time out, where he was leading before getting caught up in a crash with a lapped car. He led 83 laps (most) in Race 1 of 2020, but didn't win. A day later, he led 81 more laps (most) and didn't win again after passing the lead over to Harrison Burton with two to go.

At Darlington, a similar track, he finished second and first, respectively, this year. Now you hand him a Hendrick car replacing Alex Bowman again, to which he just finished 11th last week.

He has six Top-6 finishes in his last seven starts at Homestead, including four in the Top 4. Busch was 10th a year ago, and also enters on the heels of two straight Top-5 finishes (third last two weeks) on the season as well. The last time he did that? May 29 and June 5.

This is a great week for some longer plays, which I’ve included here. Most weeks, you don’t get value like this, making Homestead a great spot to capitalize with some units on longer-odds drivers.

He’s a rookie here in the Cup Series and finished outside the Top 20 in both Darlington races this season. However, he calls Homestead his favorite track. It’s the site of his first NASCAR win, coming in the Truck Series in his rookie season back in 2017. He won an Xfinity Series race here in 2019 and enters having scored four straight Top-10 finishes on the season, too.

He just won last month in Darlington, was third here in 2019, and has four straight Top-11 finishes on the season, including three in the Top 8.

One of just three drivers to have a Top-20 result in every playoff race thus far. He also has two Top-5 finishes in the last four weeks, and if not for a late race caution in Vegas, was going to be three for his last four. Haley was third back in the spring race at Darlington too.

I don’t like him at this number. He does have three Top-7s in his last five Homestead starts, but he’s also winless here and Darlington, too. He was fifth and 36th this past year at Darlington, and 21st the last time out at Homestead. On top of that, six of his last eight starts on the season have seen him finish outside the Top 10 including being 21st just last Sunday in Vegas.

Three Top 2s in his last five Homestead tries and a third-place result just last year. He was leading late at Darlington last month as well. before a mechanical failure took him out. However, just one Top-5 in his last 13 starts on the season gives me pause on him, especially since he’s not in the playoffs.

He was only 26th in 2020 but rebounded to score a fifth-place run last year. Harvick also has 13 Top-10 finishes in his last 14 Homestead starts including 17 of his last 19 going back to nearly two decades. At Darlington, he had a Top-5 car in both races but a fire in the Southern 500 took him out. On the flip side, one Top 5 in his last nine starts on the season gives me pause. So does this number as he’s normally been +3,000 lately.

This is Briscoe’s favorite track and a place he’s won at in each step of his NASCAR career (Trucks, Xfinity). Can he do so in Cup? He enters in the hottest stretch of his young Cup career on the heels of four straight Top-10 finishes, two of which in the Top 5. Suarez, meanwhile, has just three Top-10 results in the last 13 races.

Sunday’s race is a return to guessing, as this is the first trip the NASCAR Cup Series has taken to the Homestead-Miami Speedway with the Next Gen. Can you take anything from years past and use it for this weekend?

The best way to handicap this race is to look at some of the past as well as how both Darlington races fared this year. Homestead races a lot like Darlington in the sense that they’re somewhat similar shaped, and both are aged surfaces that dish out a lot of tire wear while the racing lines look similar.

Also, there was a test recently here — combine that, plus the pair of Darlington races, and you get some guys that stand out more than others.

On top of that, there are some longer plays this week that are worth visiting. They have longer odds and, as a result, you can pair a handful of them with the favorites and make a profit on Sunday, as this race could be another that’s wide open. 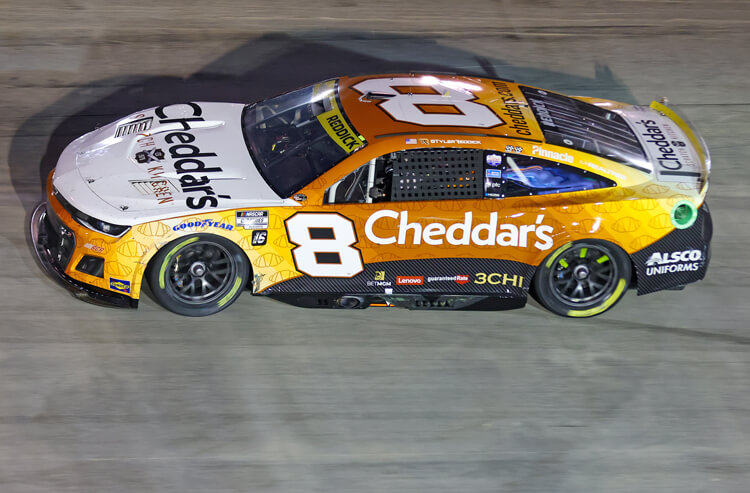