Rush Street Interactive's expansions into international markets caused Q2 net losses to more than double year-over-year. Still, revenue increased for the 13th straight quarter — and the company is happy with its performance in pre-established markets.

RSI, the parent company of legal sports betting brands BetRivers and SugarHouse, reported $143.7 million in revenue for Q2 2022 — a 17% increase year-over-year from the $122.8 million for Q2 2021 — and marked the 13th consecutive quarter the company saw a revenue increase.

The company also reduced its full-year revenue guidance, forecasting a 2022 revenue of between $600 million and $630 million, down from the high-end estimate of $650 million that was published in its Q1 2022 report.

“We made further progress towards our profitability goals with a sixth market turning positive during the quarter, adding to the five markets that also showed sequential profitability improvements in the second quarter," said Schwartz.

RSI is currently operating online sports betting in 13 separate U.S. states (plus Ontario, Colombia, and Mexico), with retail outlets in seven different states, and currently has a presence in 14 different states — plus, it has partnerships with five North American professional sports teams and potential market access partnerships to eight additional markets.

The BetRivers and SugarHouse brands have resonated well with users, as RSI reported that its real-money monthly active users in North America for the quarter grew by 35% YoY, with the average revenue per monthly active user increasing 23% from the previous quarter ($265 to $325).

"We have seen our handle and revenue in Ontario steadily grow since launching at the beginning of the second quarter and remain excited about our recent launch in Mexico and the start of our upcoming marketing campaigns in that market," Schwartz said. " Looking forward, we are confident heading into the back half of the year and what it holds for RSI, as many of our recently launched markets will be entering their first full football and soccer seasons."

After RSI reported that the Adjusted EBITDA was a loss of $18.6 million during Q2 of 2022 — compared to a loss of $6.6 million the year prior — Schwartz believes the strong growth in established markets means that wholesale positive earnings are coming sooner rather than later.

"With our continued growth in both the United States and international markets, we are well-positioned to achieve our goal of Adjusted EBITDA profitability for the second half of 2023.” 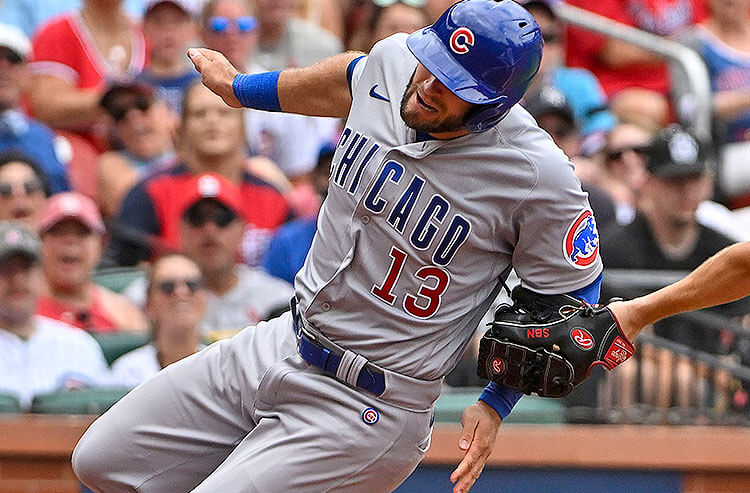