Rivalry is an esports-focused online sportsbook, but such is the pull of the NFL with bettors that the company has been making a football-related push to acquire customers in Ontario.

The NFL is still the king when it comes to online sports betting, but is there space in the throne room for an esport or two?

Indeed, the chief executive officer of Rivalry Corp. said Wednesday that they are seeing Ontario sports betting customers that will come through their digital doors to wager on the National Football League and then stick around to punt on League of Legends and other competitive video games.

Toronto-based Rivalry is known for its focus on esports, but it has discovered an esports-like approach isn’t necessarily the best way to lure in football bettors. So, this NFL season the online sportsbook has been trying to attract Ontario-based bettors with a “bespoke” offering that includes the ability to stream games on its website.

And one thing Rivalry is learning, according to CEO Steven Salz, is that some of these customers are dabbling in both professional football and professional esports.

“People come in on the NFL acquisitions, and then actually end up depositing and betting also on League of Legends and [Counter-Strike: Global Offensive],” Salz said during Rivalry’s investor day on Wednesday.

The new bettors will have plenty to wager on, as the three biggest games for esports — League of Legends (LoL), Counter-Strike: Global Offensive (CS:GO), and Dota 2 — are set to host almost "Super Bowl-equivalent" events over the next 45 days, Salz said.

This is Rivalry’s bread and butter, with the company reporting on Wednesday that more than 90% of its sportsbook handle for the three months that ended September 30 was driven by games such as LoL, CS:GO, and Dota 2.

But the bookmaker is eyeing other sources of growth as well, hence the blitz in Ontario for NFL bettors, which Salz said is Rivalry’s “first real big push” in Canada’s most populous province. Rivalry typically relies more on its homegrown and influencer-led marketing efforts to bring in bettors, but such is the pull of the NFL that the company has tweaked its Ontario playbook.

Rivalry also announced in September that it had launched the first of what is expected to be several online casino games. Already, casino gaming is generating about 10% of the company’s revenue, according to chief financial officer Kejda Qorri.

An online casino could smooth out some of the bumps in Rivalry’s financial results, as it is there year-round for users. However, Rivalry is trying to avoid offering the usual sort of games, as its clientele is younger — the company reported Wednesday that 82% of its users are under the age of 30.

“This is what makes it kind of so exciting to be building this business, is Rivalry is focused on a demographic that none of our competitors are,” Salz said.

Me watching the Maple Leafs every season: pic.twitter.com/FN0Mx2ealO

Rivalry holds gambling licenses in Australia, the Isle of Man, and Ontario, which launched a regulated internet gaming market in April that allows for both sports betting and casino games. Rivalry launched on day one in Ontario, but it is also “currently in the process of obtaining additional country licenses,” the company's latest press release noted.

Yet Rivalry is among the smaller legal books in Ontario. The preliminary financial results reported by the company on Wednesday included an all-time high betting handle for the company of $70.3 million for the three months ended September 30, up 203% compared to a year earlier and 83% from the previous quarter.

Revenue for Rivalry for the third quarter was also a record for the company, with receipts rising by 93% year-over-year and 35% quarter-over-quarter to $7.1 million. To compare, DraftKings reported revenue of US$466 million for the three months that ended June 30, when the NFL was not even playing.

Shares of Rivalry ended Wednesday around 1% lower in Toronto, at 94 cents apiece. The stock is down around 42% this year.

“As Rivalry is still early in its life, the majority of our markets are new versus mature, and therefore the company as a whole is not yet profitable,” said Qorri, the company’s CFO. “However, over time, as the weight of the mature markets becomes greater than new, the company will be profitable.”

Rivalry is banking on some “near-term catalysts,” too, including the major esports events coming up, the pending launch of its mobile app, and new casino games. The 2022 FIFA World Cup is almost a month away as well, which will be big for most sportsbooks.

“There's a lot to come for us for sure,” Salz said. 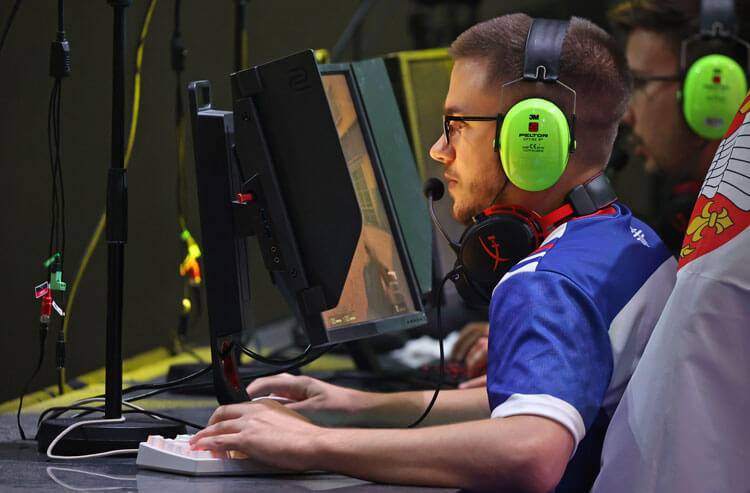