There are some big questions still being asked in connection with Ontario's new iGaming market, which is set to go live on April 4. Here's an attempt to provide some answers.

Sports betting in Ontario will be a much different scene next week.

A new competitive market for internet gambling will open in the province on Monday, allowing a bunch of private-sector operators of online sportsbooks and casinos to start legally doing business. It will be a major shift away from the status quo, wherein the government-owned Ontario Lottery and Gaming Corp. (OLG) is Ontario’s only legal provider of internet gambling.

The situation, understandably, has prompted questions from bettors and the general public. The run-up to the launch has created some awkward surprises, including the impending loss of some popular daily fantasy sports options and a requirement to settle pre-existing bets from within the province.

In addition to those issues, there have been a few recurring questions and unresolved concerns. Here are some of the burning questions about Ontario’s new iGaming market, and an attempt to answer them as best as possible.

This seems to be the most common question. Ontario’s iGaming framework doesn’t have a cap on licenses or anything like that (it technically has no “licenses” either), so the sky is theoretically the limit for the number of companies that can participate starting on April 4.

It should be noted that April 4 is just the launch date for the iGaming market. Bookmakers can try to join at any point after, or never. Some may also be working their way through the regulatory process, which involves registering with the Alcohol and Gaming Commission of Ontario (AGCO) and executing a contract with iGaming Ontario (iGO), a government agency and AGCO subsidiary.

As of midday Wednesday, 15 non-OLG operators had received their AGCO registration and were therefore in play to launch on April 4. They are:

More operators could join the party. The size of the Ontario market — its population would make it the fifth-largest U.S. state — and the ability to offer both sports betting and online casino gambling have ensured there is plenty of interest.

Ontario is also offering a way for operators in the “grey market,” which may be regulated abroad but not in the province, to transition into a regulated framework. Given the government has cited an estimate of around $700 million being gambled by residents every year on “grey” sites, there could be more takers to come.

Some operators have made it clear they will be coming to Ontario but have yet to obtain their AGCO registration (or just haven’t had it posted by the regulator). DraftKings, for example, has said its sportsbook and casino will be available in the province in April, but the company wasn't on the AGCO's registry as of Wednesday afternoon.

The AGCO told Covers previously that 30 operators had applied for registration as well, which suggests more names could be on the way.

In short: more than a dozen operators of online gambling sites could potentially and legally launch next week in Ontario, but there could be twice as many or more that ultimately do go live in the province when everything is all said and done.

“There will be huge competition in this newly-regulated market, but we feel our more premium and customer-focused experience will be an ideal fit,” said William Woodhams, CEO of bookmaker Fitzdares, in a recent press release.

When are brick-and-mortar sportsbooks opening?

Ontario is about to embark on an experiment in online gambling, but (somewhat surprisingly) a recurring question from bettors has been about the availability of physical sportsbooks.

The province does have casinos dotting its landscape that could presumably host a brick-and-mortar book someday. So, when will that happen?

Well, the answer is there isn't an answer yet, at least not publicly.

The AGCO announced in February that it had updated its land-based gaming standards to include sports betting, but OLG is legally responsible for the casinos and the day-to-day operations are handled by private-sector service providers.

Neither the AGCO nor OLG has announced the opening of any brick-and-mortar sportsbook in a casino. Someday that might change, but, for now, it's all still TBD.

“The best way I could put it is that we want casinos to have sportsbooks as well,” said Dave Pridmore, OLG's chief digital and strategy officer, in an interview with Covers in December. “So the service providers and OLG are now working through that dialogue to figure out the best way to bring that to market.”

In the meantime, Ontario lawmakers have had concerns crop up about the effects of the iGaming market on the province's physical casinos.

Research began making the media rounds in January that had been prepared for Great Canadian Gaming Corp., which operates more than a dozen land-based gambling facilities in Ontario.

The research included projections that around 2,600 casino jobs and $2.8 billion in provincial tax revenue could be sacrificed over the next five years as lower-taxed online gambling takes business away from physical venues. Casino operators hand over approximately 55% of their revenues to the province, but the levy on online operators will be in the range of 20%.

“How can we allow Internet gaming if it means fewer jobs, less money to the provincial treasury, and no hope for those still on layoff from the COVID cuts?” asked New Democratic Member of Provincial Parliament Percy Hatfield on March 3.

But the response from the Ontario government is that the new iGaming market will help create jobs in the province, including at the casinos.

“In fact, when you look around the world where iGaming has been regulated, it’s created more jobs, it’s created more tax revenues, and it’s been good for the economy so that people can put food on their table,” Ontario Finance Minister Peter Bethlenfalvy said on March 3 in the provincial legislature.

This is an important question, and one that may linger for some time.

What Ontario is doing hasn’t been done in Canada, where the provincial lottery and gaming corporations are currently in charge of legal sports betting. Canada also has a unique legal framework for gambling that sets out who can and can’t take bets.

Indeed, there is a very particular language in Canada's Criminal Code that states provinces must “conduct and manage” commercial gambling, such as sports betting. This means the provincial government (or its agents, such as OLG) must have a hand in the business.

With this in mind, Ontario’s iGaming market hinges on the still-relatively new government agency known as iGaming Ontario. It is iGaming Ontario that will be responsible for conducting and managing iGaming (online sports betting included) when it’s done through private-sector operators.

But not everyone may be fully convinced this is enough to pass muster under Canadian law. Ontario’s auditor general said in a report last year that there were signs the operators would have a “significant amount” of control over the iGaming business.

“As a result, there is legal risk with respect to whether iGaming Ontario meets the ‘conduct and manage’ threshold set out in the Criminal Code,” the AG's report stated. “Consideration for whether a province has illegally delegated the ‘conduct and manage’ function in a gaming scheme to a private entity has been the subject of past legal challenges in Canada. We conclude that iGaming Ontario’s business model could be subject to legal challenges.”

Those specific legal threats have yet to emerge, at least publicly. A spokesperson for Ontario's attorney general also told Covers in December that the government had "carefully designed" its online gambling model to ensure consumer protection and remain in compliance with the Criminal Code.

The Mississaugas claimed the government of Ontario Premier Doug Ford did not fulfill its legal duty to consult Indigenous governments either. The First Nation said this left the iGaming scheme open to a constitutional challenge, which they indicated in January they intended to launch.

MSIFN Chief Kelly LaRocca said this week that Indigenous governments, labour leaders, gaming operators, municipal governments, and the public have warned about the potential “negative impacts” the province’s approach may have on Ontarians and land-based gaming facilities.

“The government has not taken the time that it needs to address the effect that iGaming will have on First Nations’ ability to provide clean drinking water, healthcare, education, and housing to their members,” LaRocca added in an email to Covers. “While I will not speak to the specifics of legal matters, I believe that the government should be reminded that their failure to consult and accommodate impacted Indigenous governments is a serious matter which must be addressed immediately.”

For now, though, it appears to be full steam ahead.

The province's iGaming plan has also been under construction for three years. Bethlenfalvy said on March 3 in the legislature that “extensive consultations” were held over a few years with several interested parties, including First Nations.

Oh, and there’s a provincial election scheduled for early June. While the governing Progressive Conservatives are ahead in the polls at the moment, a change in policy, gambling or otherwise, is a possibility.

In other words: stay tuned.

Are you in Ontario? Come join our Ontario Discord channel to chat with Covers personalities in real time to get all the information you need to know ahead of and during launch week. 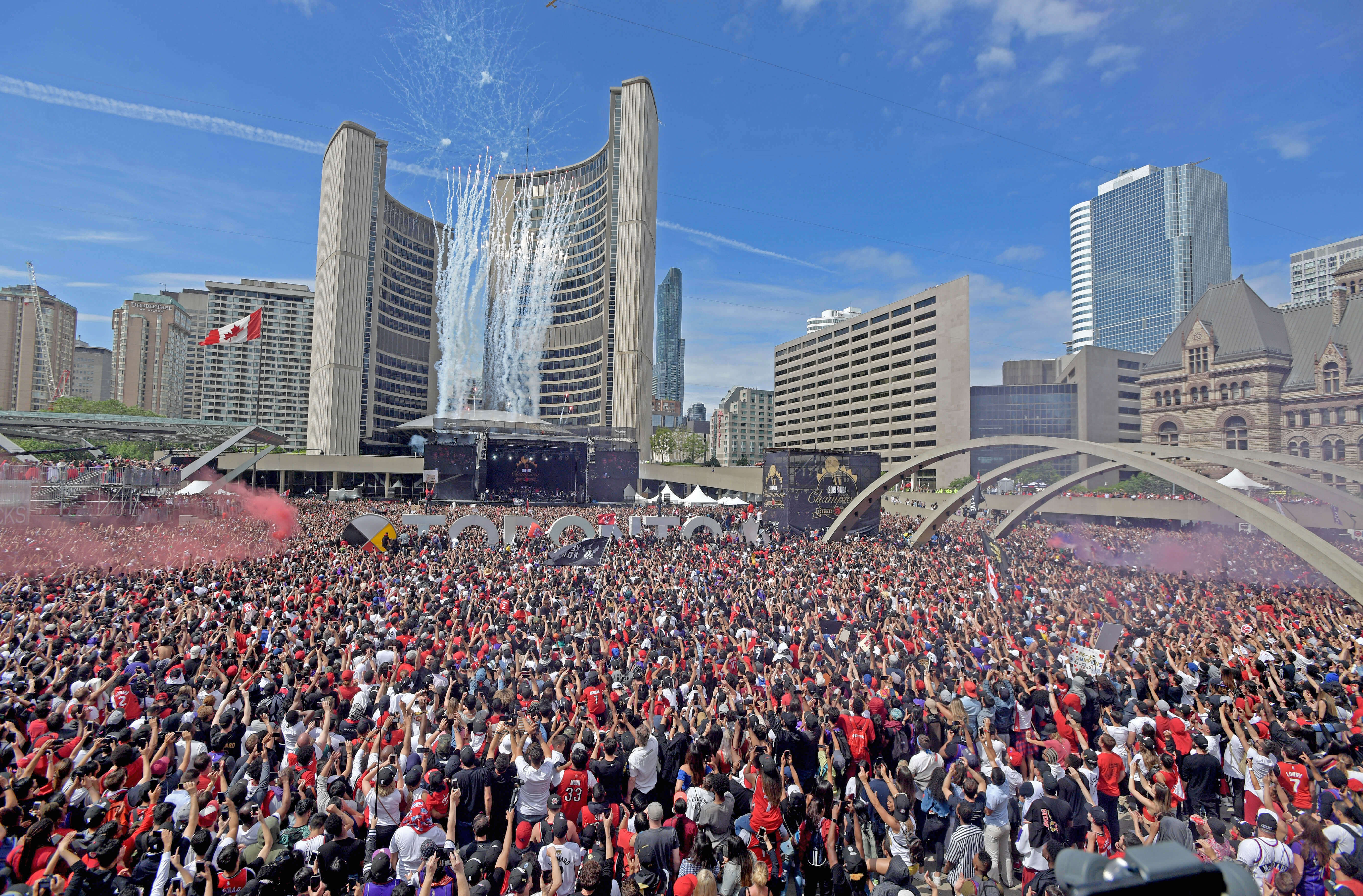