Who Bets on Curling? Plenty of People — and Sportsbooks Expect Even More out of Canada

Although it may not be the biggest sport for operators, the amount of betting on curling is poised to grow, especially with more books planning to offer odds and with events coming up such as the 2022 Beijing Winter Olympics.

Gambling and curling can go hand in hand — it’s just usually more of a lottery-type thing. After all, tens of thousands of dollars in 50/50 raffle tickets were sold online during this year's Canadian men's championship.

“Throughout Championship Sunday, the 50/50 jackpot continued to climb, and build momentum until it reached an epic $89,830,” a March 14 press release from Curling Alberta noted.

However, the kind of gambling on curling that may not necessarily spring to mind right away is the point spread, moneyline-type of wagering that is so popular for sports such as football and hockey.

But there are people in Canada who bet on curling — yes, the sport with the sweeping and the yelling that’s played on ice — in the same way others might bet on Monday Night Football, including via offshore sportsbooks that operate in a "grey" market. TSN’s Bob Weeks even recently reported that after Brad Jacobs' team won the 2013 Canadian Curling Trials, someone came up and informed them the victory had earned him a lot of money.

Kris Abbott, the Canadian country manager for Coolbet, said they began offering odds of their own creation last year on some of the biggest curling events. And between the Tim Hortons Brier (the Canadian men’s curling championship) and the Scotties Tournament of Hearts (the Canadian women’s championship), Abbott said the sportsbook took approximately $1 million in wagers.

“It was decent,” he added in an interview with Covers. “And we presume that will continue and grow this year.”

'A sport that’s as Canadian as they come'

Indeed, although it may not be the biggest sport for operators — hello, football — the amount of betting on curling is poised to grow, especially with more books planning to offer odds and with events coming up such as the 2022 Beijing Winter Olympics. As it happens, those Winter Olympics will be the first since the May 2018 ruling by the U.S. Supreme Court that paved the way for a massive expansion of legal sports betting.

Curlers and at least one sanctioning body have voiced an interest in the sports betting industry as well. So, while global sportsbook operators could use curling to help establish their Canadian credentials, the sport itself may benefit from sponsorship dollars and increased interest from fans and bettors.

PointsBet Canada is a subsidiary of Australia’s PointsBet Holdings Ltd., which is determined to be a leader in the legal sports betting market in Canada.

With that goal in mind, the company announced in June the hiring of Sulsky, a Toronto native who was previously the president of daily fantasy sports operator Monkey Knife Fight, which was acquired by Bally's Corp. earlier this year.

PointsBet Canada was also recently named as the official sports betting partner of Curling Canada, which sanctions several championship events, such as the Brier. The deal will put the sportsbook’s name in front of the more than 13 million people that Curling Canada says watch its events each season.

Still, PointsBet is not yet offering odds on Canadian curling events. Rather, the bookmaker is waiting for a competitive internet gaming market to open in Ontario, the country’s most populous province, before it launches in Canada.

That’s because, while single-game sports betting is now legal in Canada, it is currently the exclusive domain of provincial lottery and gaming entities.

Ontario is so far the only province with plans to authorize private operators to offer online sports betting, which PointsBet intends to do and to do so for curling. According to a press release, PointsBet expects to begin operations in Ontario in the first quarter of 2022, pending regulatory approvals.

“As soon as Ontario opens, Canadian sports fans are going to see an extensive amount of curling markets,” Sulsky said. “We are going to be the destination for core curling fans and sports fans to go to bet on curling.”

We're pleased to announce that @PointsBetCanada has been named official Sports Betting Partner of Curling Canada!

The rough timeline for Ontario’s competitive iGaming market is that it will launch in December. In the meantime, Ontario Lottery and Gaming Corp. (OLG) is running the only legal online sportsbook in the province, PROLINE+. Curling is on OLG’s radar as well.

“We know that curling is popular in Canada, which gives it a great sports betting potential,” said Rhea Jankowski, director of digital sports marketing and operations at OLG, in an emailed statement.

While OLG has yet to offer any betting markets for curling, either via its in-person lottery product or online with PROLINE+, it intends to do so early next year.

According to Jankowski, PROLINE+ will have markets for outright winners for two of Canada’s biggest upcoming bonspiels: the Brier and the Scotties Tournament of Hearts.

“OLG will evaluate the popularity and interest in each of the tournaments we offer on PROLINE+ to determine if and how we will add more options to bet on curling,” Jankowski said. “Future enhancements could include live, in-game markets which are proving to be quite popular on our site with other sports.”

Coolbet, which is licensed and regulated by the Malta Gaming Authority, plans to participate in Ontario’s new regulated market for iGaming as well, Abbott said. And, as of Wednesday afternoon, the Estonia-headquartered sportsbook had lines and odds up for the season-opening event of the Sportsnet-owned and operated Pinty's Grand Slam of Curling season.

Odds will also be offered by the book for upcoming World Curling Tour events and the trials in November that will determine which curlers represent Canada at the 2022 Olympic Winter Games in China.

Coolbet has hired a curling-specific oddsmaker with a background in the sport and mathematical modeling to help set those odds and lines, Abbott said. And, depending on the event, Coolbet may even offer live betting on each end of a game.

“We're really looking forward to having an even better curling offering this season,” Abbott said.

Team Homan fans, we hope you’re cheering us on at the #MastersGSOC. If you’re looking to bet on the event, go to https://t.co/yy6au2hGEJ and use the code HOMAN. New users receive 100% on their deposit up to $200. @coolbetcanada pic.twitter.com/lMssyRK4dH

Coolbet has a few curling partnerships of its own, too, such as with Rachel Homan's championship-winning team. That association will include the team wearing the Coolbet logo on its uniforms during the 2021-22 curling season.

Meanwhile, Curling Canada is hoping its partnership with PointsBet will provide a way to tap into the burgeoning sports betting business in Canada. Although the market was previously limited by a parlay-only model of wagering, it is expected to expand following the approval of the legislation that legalized single-game wagering this past summer.

“With the passing of legalized sports betting by the federal government this past summer, we knew that there would be many opportunities available for our sport to be part of a new, legal and regulated way for fans to enjoy our events,” said Katherine Henderson, chief executive officer of Curling Canada, in a press release.

'If Canadians are willing to bet on marble racing...'

The PointsBet name could now start popping up during the hundreds of broadcast hours that Curling Canada events get on television. The sportsbook will also become a title sponsor of a Curling Canada Season of Champions event starting in the 2022-23 season.

And then, when Ontario finally flips the switch on its iGaming market, PointsBet plans to start operating the business it is known for: sports betting.

Sulsky sees the potential for curling to generate handle not only from fans of the sport, but from sports bettors in general.

Those players have shown throughout the last year-and-a-half or so that they are willing to bet on almost anything, such as marble racing or table tennis, Sulsky noted. 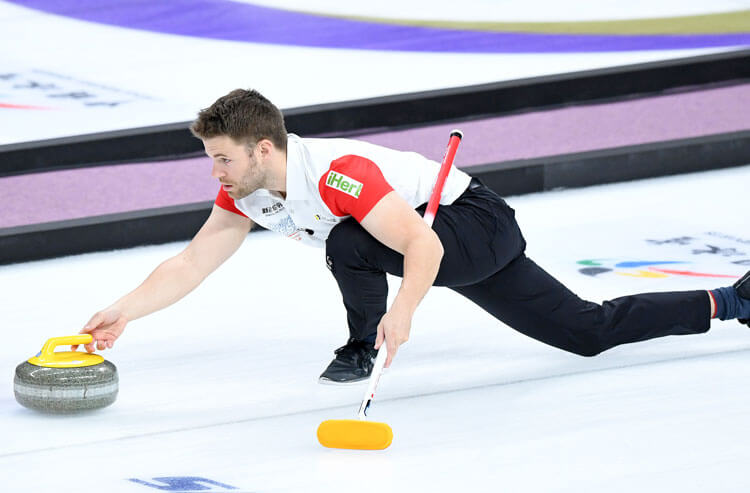 Who Bets on Curling? Plenty of People — and Sportsbooks Expect Even More out of Canada
Provided by