"This trend has started and you can't reverse it," Sportradar CEO Carsten Koerl said on Wednesday.

The chief executive officer of Sportradar Group AG says he expects more and more online sports betting in the United States will be in-play wagering, similar to what the tech company has seen in its other markets.

Sportradar’s CEO and founder, Carsten Koerl, said during a conference call for analysts and investors on Wednesday that the “ballpark” figure for live betting in the U.S. is around 30 to 35% of the total handle, with some sports drawing more in-game action than others, such as basketball.

However, in Sportradar’s core markets of Europe, Africa, Latin America, and Asia, there is a “very clear trend” towards greater live betting, including as much as 70 to 80% of accepted bets being placed during a game. Koerl said they expect the legal sports betting business in the U.S. to trend similarly.

“Everything is growing strongly in the live-betting segment,” he said. “It's simply much more fun and much more enjoyable. If you watch the event, and if you can place a bet, you are much more connected. And you have this emotional element.”

The growth of in-play betting will take time, Koerl said, but it is happening.

“Undoubtedly, this trend has started and you can't reverse it, which is good and which is very rational,” he added.

The comments from Koerl came after Sportradar announced financial results for its second quarter, which ended June 30. The Switzerland-based tech company says it serves 1,700 sports federations, media outlets, betting operators, and consumer platforms across 120 countries with offerings such as data feeds and integrity monitoring.

Sportradar reported Q2 revenue of €177.2 million ($186.0 million), a 23% increase from the second quarter of 2021. This gain reflected strong growth across all business segments, particularly in its U.S. operations, which saw revenue soar by 66% to €29.1 million ($30.5 million) compared with the same period last year.

These figures all beat Wall Street estimates and sent the stock price of Sportradar up on Wednesday by about 11.6%, with shares of the company closing at $13.39 on the Nasdaq.

Koerl stated that the Q2 results not only exceeded his company's expectations but further allowed it to make a payment of €200 million ($210 million) on its outstanding loan of €420 million ($440 million).

"As the world’s leading provider of technology solutions to the sports betting industry, our Q2 revenue exceeded our expectations for the quarter, growing 23% year-over-year," Koerl said in a press release. "Confident about the momentum we have built in our business, we are raising our revenue guidance for the year. Given our strong cash flow generation and demonstrated good stewards of our capital, we have also chosen to pay down about half of our outstanding debt. We remain as confident as ever in the leverage and scalability of our business, and our ability to deliver results in the face of global challenges and economic conditions."

Another major takeaway from the Sportradar earnings report is that CEO Koerl now expects that its U.S. operations will go into profit ahead of the company's previously forecasted date of 2025.

The company's U.S. segment revenue reported earnings of €29.1 million ($30.6 million) or 16.4% of total revenue for the second quarter. This growth was fueled primarily by increased sales of U.S. betting services, which Sportradar attributed to the additional number of states with legal sports betting.

Koerl cited the improvement in adjusted EBITDA margins from minus 34% in the third quarter of 2021 to minus 19% in Q2 as evidence of the increasing consumer demand for in-play betting services  — which have long been highly popular in Europe —  that is one of the hallmarks of Sportradar's betting tech.

"We expect that to change because betting during the match can be so much more exciting,” Koerl said during a March 31 earnings call. “So we go from selling the data about the match to selling the solution, and the solution is live odds or managed trading services."

The right to remain affordable

The company sees the U.S. as a critical growth sector and, according to company statements, it is the "sole provider to 70% of the total in-play market in the United States, who, in turn, manages nearly every legal sports bet placed in the U.S. by sport bettors."

However, a downside to Sportradar’s latest earnings report was the 13% fall in adjusted EBITDA owing largely to the 28% rise in sports rights expenses, which rose to €48.7 million ($51.1 million) due to new deals with the NHL, UEFA, and the ATP.

Koerl was not at all concerned with this development, however: "We fully expect sports rights expenses to increase but revenue will grow faster." 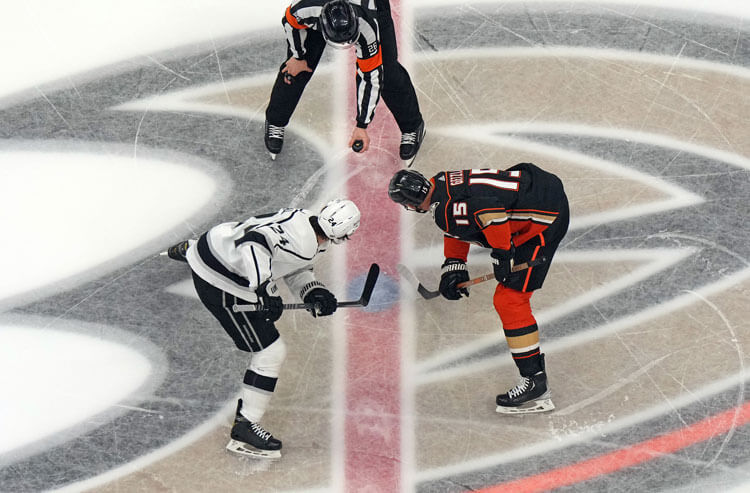