Connecticut Gov. Ned Lamont announced on Thursday that the U.S. Department of the Interior has approved amendments to gaming compacts between the state and the Mashantucket Pequot and Mohegan tribes.

Legal sports betting is expected to begin in October in Connecticut after the U.S. federal government recently signed off on changes to gaming agreements between the state and two Native American tribes.

Connecticut Gov. Ned Lamont announced recently that the Department of the Interior has approved amendments to gaming compacts between the New England state and the Mashantucket Pequot and Mohegan tribes.

“Federal approval of the revisions brings the tribes, along with the Connecticut Lottery Corporation, one step closer to implementing sports wagering and online gaming under a new law Governor Lamont signed in May,” a press release from the governor’s office said.

I just received a call from @USIndianAffairs informing me that they have given final approval to the revised gaming compacts between the State of Connecticut and the Mohegan and Mashantucket Pequot Tribes, allowing for sports wagering and online gaming. (1/3)

Connecticut’s Department of Consumer Protection will now continue the licensing process, the release said, and it is anticipated sports betting and online gaming will be available in the state in October.

The fall launch will offer bettors in the Nutmeg State the opportunity to bet both in-person and online on the National Football League’s regular season, among other things. It will also mean the state’s gambling industry can offer similar options as those of nearby rivals.

“This critical step in the process of modernizing our gaming landscape here in Connecticut ensures that our state will have a competitive, nation-leading marketplace for wagering both in-person and online,” Gov. Lamont said in the release. "I thank the Bureau of Indian Affairs for approving these revisions, as well as the efforts of our partners with the Mohegan Tribe and Mashantucket Pequot Tribe."

The sports betting-related legislation Lamont signed in May followed the governor striking a new gaming agreement earlier in the year with the Mohegan and Mashantucket Pequot tribes. That agreement allows the tribes and the Connecticut Lottery Corp. to offer online and retail sports wagering, as well as internet gambling and fantasy contests.

The Mohegan and Mashantucket Pequot — the owners of the Mohegan Sun and Foxwoods casinos —  have announced FanDuel Group and DraftKings Inc. as their respective sports-betting partners in the state. The CT Lottery has partnered with BetRivers-owner Rush Street Interactive Inc. for its sports wagering, which it is also allowed to offer at up to 15 physical locations, including off-track betting facilities.

“Modernizing our gaming industry will help protect and create Connecticut jobs, and it will generate tax revenues to the benefit of both state and local municipal budgets, as well as our tribe’s members,” Mohegan Tribal Council Chairman James Gessner Jr. said in the release. “This is not just a regional issue – it will have a statewide impact as Connecticut works to meet critical needs as it recovers from the pandemic.” 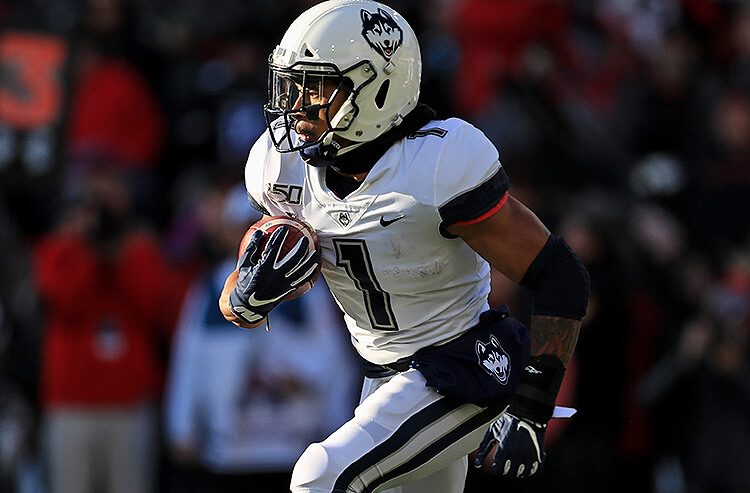