The report predicts that within the next 3-4 years, U.S. legal sports betting revenue will triple, while almost 90% of gross gaming revenue will come via mobile sportsbook apps.

BtoBet released an industry report this week on the state of the U.S. gaming industry, which forecasts that U.S. legal sports betting revenue will rise to $24.3 billion in 2026 — more than triple the $7.7 billion in revenue generated in 2021.

This would make the U.S. the largest gaming market in the world... double that of the UK.

In addition, the study confirmed the ongoing trend in favor of online sports betting. Drawing on data provided by Vixio GamblingCompliance, a leading provider of regulatory intelligence to the iGaming industry, BtoBet noted that mobile wagering will account for 86% of total gross sports betting market revenues in the U.S. by 2025.

The rise of mobile sports betting reflects not only the addition of new states to the legalized online sports wagering pool in the country, but the overall ease of use that sportsbook apps provide to bettors. The report cited a statement made last December by David Forman, Senior Director of Research at the American Gaming Association, to NBC news.

"It’s been a boom for consumers, really," said Forman. "I mean, prior to 2019, consumers had to either pay to fly to Vegas to place your bet, which most people are unable to do or are unwilling to do, or you had to be with an illegal bookie or with an offshore site."

The BtoBet report also predicted that 2022 will mark another record year of growth in the U.S. gaming industry as a whole. Figures from the first half of the year, as previously reported by the AGA, saw total GGR revenues reach $29.16 billion, an 18% rise as compared to H1 2021.

This means that total revenues for the full year in 2022 should easily surpass the $50 billion mark, assuming online betting on this season's NFL games continues to expand at its current record-setting pace.

The Vixio estimates are significantly higher than those made by Morgan Stanley in May, which predicted that the U.S. sports betting revenue will grow to $12.8 billion by 2025 and, by extension, would not come close to attaining the $24.3-billion figure the following year, as per the Vixio forecast.

Another factor that may be inflating the Vixio numbers is that their data appears to be based on the assumption that California will be part of the U.S. sports betting mix.

Drawing on a recent study by H2 Gambling Capital, BtoBet forecast that California, the richest and most populous state in the country, would account for 13.3% of the nationwide sports betting market.

In the introduction to its study, BtoBet, a leading data provider to the gaming industry, stated that "a lot is expected from the state of California once it gets legalized. And this could happen in the shorter rather than the longer term as two measures that would legalize different forms of sports betting are scheduled to appear on the November ballot."

The report also notes that there are expectations for legalization in Florida and Texas, even though "the road for the regularization of sports betting for both states presents some obstacles."

However, this is a risky assumption, given recent polling data in California that showed likely voters will reject Proposition 27, the sportsbook-sponsored bill that would legalize online sports wagering in the state. 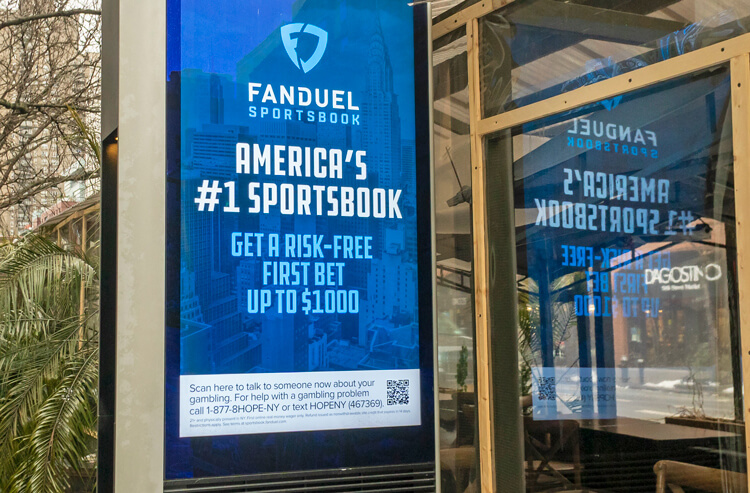 BtoBet Forecasts Tripling of Sports Betting Revenue by 2026
Provided by