Here’s who will be allowed to take wagers in Arizona come September 9, even with legal threats to the state’s sports betting plans now emerging.

Arizona bettors can start creating accounts with sportsbooks after a state gambling regulator named 18 recipients of legal wagering licenses, paving the way for actual betting to begin in time for the start of the NFL regular season.

The Arizona Department of Gaming announced on Friday the following combinations of tribes, professional sports organizations, and sportsbook operators that have thus far been allocated licenses for online sports betting:

The sports-betting licensees are now able to start marketing and signing up players in Arizona.

“During the rulemaking process for event wagering, the Department made it a priority to gather as much public and stakeholder comment as possible, particularly on aspects such as license allocation,” said Ted Vogt, director of the state's gaming department, in a press release. “The allocation decision we are announcing today is a direct result of these efforts, helping to ensure the impartiality and fairness of the process for all applicants.”

Arizona Governor Doug Ducey signed new gambling legislation and an amended tribal-state gaming compact in April that, among other things, provided for legal sports betting in the state.

The legalization legislation allowed for a maximum of 20 online sports-betting licenses in Arizona, with 10 for the state’s tribes and 10 set aside for professional sports franchises and facilities.

Tribes are also permitted to have in-person betting on their lands under the terms of the gaming compact, while the professional sports groups can have retail books at their venues using their event-wagering licenses. Licensees are allowed to partner with others to run the digital and physical sportsbooks for them.

Still, there were more tribes seeking mobile sports-betting licenses in the state than there were licenses. The Department of Gaming said it received 16 qualified tribal applications for its 10 available licenses, while only getting eight qualified applications from sports organizations.

There are another 10 “limited event wagering licenses” as well that are earmarked for racetracks and off-track betting facilities but have yet to be announced.

Friday's announcement puts the Grand Canyon State on track to go live during one of the busiest periods for both books and bettors. The launch of legal sports wagering in Arizona is targeted for September 9 — the same day the NFL's regular season begins.

However, Arizona's sports-betting ambitions now face legal challenges, as the Yavapai-Prescott Indian Tribe is suing the state in a bid to stop the launch from happening, arguing the legalization legislation is unconstitutional.

The tribe was one of two that did not sign on to the new gaming deal with the state earlier this year, the Arizona Republic reported, and the Yavapai-Prescott allege the compact was presented "as a non-negotiable, 'take-it-or-leave-it' proposition."

The Republic also reported there is a second lawsuit seeking to halt the launch of legal sports betting filed last week by the owner of a horse racing track. Emergency court hearings are scheduled for this coming Friday, September 3.

In the meantime, though, Arizona regulators are moving ahead with their preparations.

Arizona has also issued fantasy sports licenses to five companies, which are now allowed to start signing up customers and letting them compete in contests. The five fantasy operators licensed are:

“I can’t thank the public and stakeholders enough for their feedback and collaboration throughout the event wagering and fantasy sports implementation process,” Vogt added in the Friday release. “This partnership, as well as the hard work of Department staff, has allowed Arizona to be one of the fastest states to operationally start these new games since the passing of the enabling legislation. I am proud of the hard work by all to accomplish this feat and excited to see Arizonans responsibly enjoy legal fantasy sports starting tomorrow, 8/28, as well as event wagering on 9/9!” 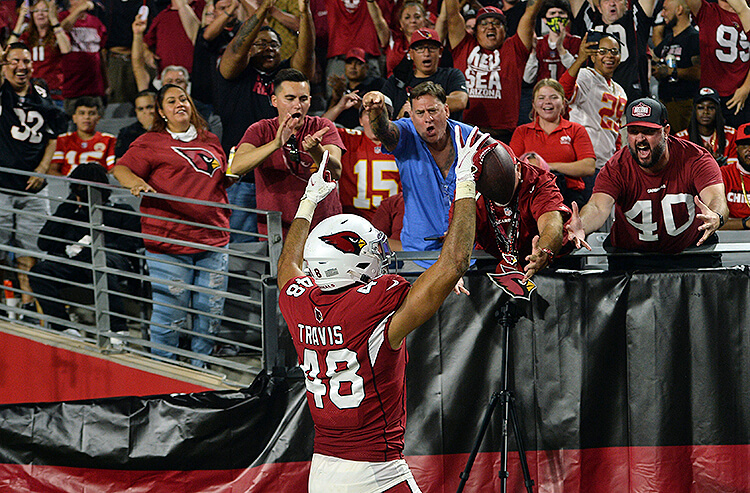 Brady vs Belichick has Sportsbooks Staring Down the Barrel of a Huge Sunday Night Game
Geoff Zochodne | Oct 1, 2021
About Us
Contact Us
Careers
Our Team
Brand
Testimonials