There are seven sportsbooks approved to launch in Arizona on Thursday, with more to come following regulatory approval.

Legal sports betting launches in Arizona on Thursday, when sportsbooks in the Grand Canyon State can start taking wagers just hours before the NFL regular season kicks off.

“Yes, event wagering will be going live at 12:01 a.m. Arizona time this Thursday, September 9,” Arizona Department of Gaming spokesperson Max Hartgraves said Wednesday in an email to Covers. “Operators do need to complete a licensing process prior to accepting wagers, and those who have done so will be able to go live at this time.”

There are seven sportsbooks approved to launch in Arizona on Thursday, Hartgraves added. They are:

"The remaining licensees are in various stages of the licensing process and will be approved on an ongoing basis once that process is complete," Hartgraves said.

The early morning start for the books will give bettors time to place wagers before the Dallas Cowboys and Tampa Bay Buccaneers get the National Football League’s regular season rolling with their Thursday night matchup. It will also add Arizona, which has the 14th largest population among U.S. states, to the roster of those with legal sports wagering up and running.

There are, however, some who disapprove of legal sports betting in Arizona in its current form. One potential issue was (at least temporarily) defused on Monday, when a Maricopa County Superior Court judge ruled against a Native American tribe opposed to the state’s plans.

Arizona state lawmaker T.J. Shope, who co-sponsored the sports-betting legislation being challenged, tweeted that the Yavapai-Prescott Indian Tribe could still appeal, but added that he hoped they realize the effort won't succeed.

While I expected this decision from the Maricopa County Courts, I’m thankful that law was followed nonetheless. I understand the plaintiff may choose to appeal but my hope is they’ll realize it won’t be successful under the law & Constitution of AZ. Event wagering is coming! https://t.co/PIzud98ynB

So, for now, the 18 different combinations of tribes, professional sports organizations, and sportsbook operators that have been authorized and allocated licenses to take both in-person and online wagers are still able to do so come Thursday and following regulatory approval. Meanwhile, Arizona bettors are already allowed to start creating online accounts with the sportsbooks, which are allowed to start marketing themselves to bettors.

The dawn of legal sports betting in the desert follows Arizona Governor Doug Ducey signing new legislation and an amended tribal-state gaming compact in April that, among other things, authorized event wagering in the state.

Arizona’s legalization legislation allowed for 20 online sports-betting licenses. Ten of those were reserved for the state’s Native American tribes and 10 were set aside for professional sports organizations.

Tribes are also allowed to offer retail sports betting on their lands under the terms of the new gaming compact with the state. Professional sports licensees can take in-person bets as well with their permits.

All of Arizona’s sports-betting licensees are permitted to partner with another company to run digital and physical sportsbooks for them, like what FanDuel Group plans to do for the NBA’s Phoenix Suns.

At least one new face

The Arizona Department of Gaming's license-allocation announcement on August 27 left room for other operators to enter the market, too.

One such operator, Fubo Gaming, said on September 2 it had been granted a license from the regulator that would allow it to offer mobile wagering within the state via a partnership with the Ak-Chin Indian Community.

Fubo Gaming is a subsidiary of TV streaming company fuboTV Inc., which is preparing to roll out its own sportsbook, Fubo Sportsbook.

"With the forthcoming launch of Fubo Sportsbook, we look forward to providing a seamless user experience that allows fans to wager while they watch their favorite sports," said Scott Butera, president of Fubo Gaming, in a press release.  "We believe Fubo Sportsbook will add another exciting layer to the sports entertainment experience - one that will bring increased interaction and engagement between sports viewing and betting." 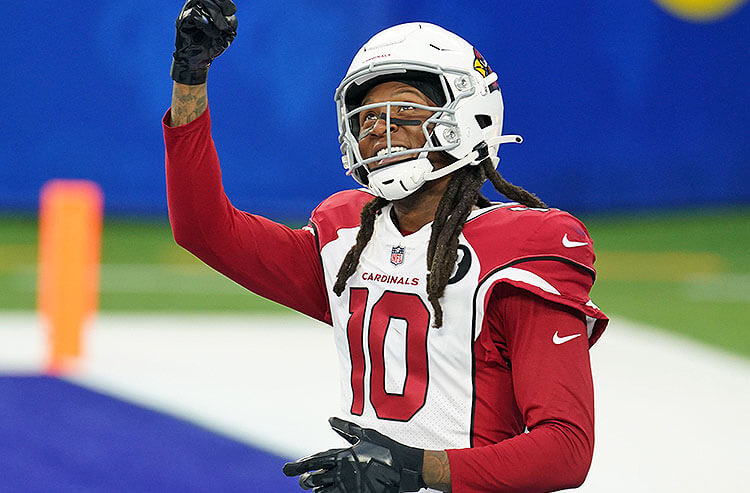 Arizona to Launch Legal Sports Betting on Thursday, Just in Time for NFL Kickoff
Provided by