Win contenders To hit the board Expert picks

The best Preakness Stakes expert picks and betting predictions for 2022, including our outright picks for the big race on Saturday.

With Kentucky Derby winner Rich Strike bypassing the Preakness Stakes to focus on the Belmont, Derby second-place finisher Epicenter is the horse to beat in Saturday’s second leg of the Triple Crown.

The Steve Asmussen trainee will re-oppose Derby fourth-place finisher Simplification and also-ran Happy Jack in the 1 3/16-mile race, which features a field of nine.

Below, we give you our best exacta, trifecta, and superfecta plays for Race 13 on Saturday’s card at Pimlico Race Course, including an analysis of our top win contenders and a few horses to hit the board in the Preakness.

Trainer Steve Asmussen is still awaiting his first Kentucky Derby win after 80-1 longshot Rich Strike beat post-time favorite Epicenter by three-quarters of a length in the 148th Run for the Roses.

With the Derby underdog skipping the Preakness, Epicenter is a heavy favorite. The Not This Time colt last won at the same distance in the Louisiana Derby and has never placed worse than second with rider Joel Rosario in four career starts.

Asmussen has two Preakness victories: his first came in 2007 with Curlin and his second was with filly Rachel Alexandra in 2009.

With enough points to enter the 2022 Kentucky Derby field, trainer Chad Brown chose to keep Early Voting out of the Derby to train for the Preakness. The son of Gun Runner is one of the most dangerous horses in Saturday’s field and showed impressive speed last out in the Wood Memorial, where he led the entirety of the 1 1/8-mile race, until Mo Donegal caught him in deep stretch to win by a neck.

The second-place finish was Early Voting’s only loss of his career. Jockey Jose Ortiz will stay in the irons and should have the speedster in contention for Brown, who won the Preakness in 2017 with Cloud Computing, another horse that skipped the Derby despite earning enough points to qualify for the race.

To hit the board

At 20-1 odds on the morning line in the Kentucky Derby, Simplification was an afterthought for many bettors but rallied to place fourth in the 1 1/4-mile race.

John Velazquez will pick up the mount since Simplification’s previous rider, Jose Ortiz, is set to ride Early Voting.

While not a win contender, Simplification can replicate his finish in the Derby and hit the board in the Preakness.

The gray three-year-old will make a move up in class after winning a 1 1/16-mile allowance at Churchill Downs on Kentucky Derby Day. The Kenny McPeek pupil has two wins and a second-place showing in three career starts.

The grandson of Giant’s Causeway posted a 102 Brisnet Late Pace rating in his most recent start and can contend for the minor awards in the Preakness.

McPeek’s only Preakness win came in 2020 with the filly Swiss Skydiver.

The closer will need a lot to go right in order to beat the boys in the Preakness, but Secret Oath has the talent and six-time Preakness-winning trainer D. Wayne Lukas in her corner.

The last time the filly raced against colts, she came home third despite a troubled trip in the Arkansas Derby, won by Cyberknife, who finished 18th of 20 in the Derby.

The daughter of Breeders’ Cup Classic winner Arrogate rebounded to win the 1 1/8-mile Kentucky Oaks by two lengths on May 6. Her 103 Brisnet Speed rating rates the third best last-race speed rating among the field.

Skippylongstocking will make his 10th career start for trainer Saffie Joseph in the Preakness after placing third to Mo Donegal in the 1 1/8-mile Wood Memorial.

The son of Preakness winner Exaggerator posted a 111 Brisnet Late Pace rating last out and could hit the board if he can find the same speed while stretching out. 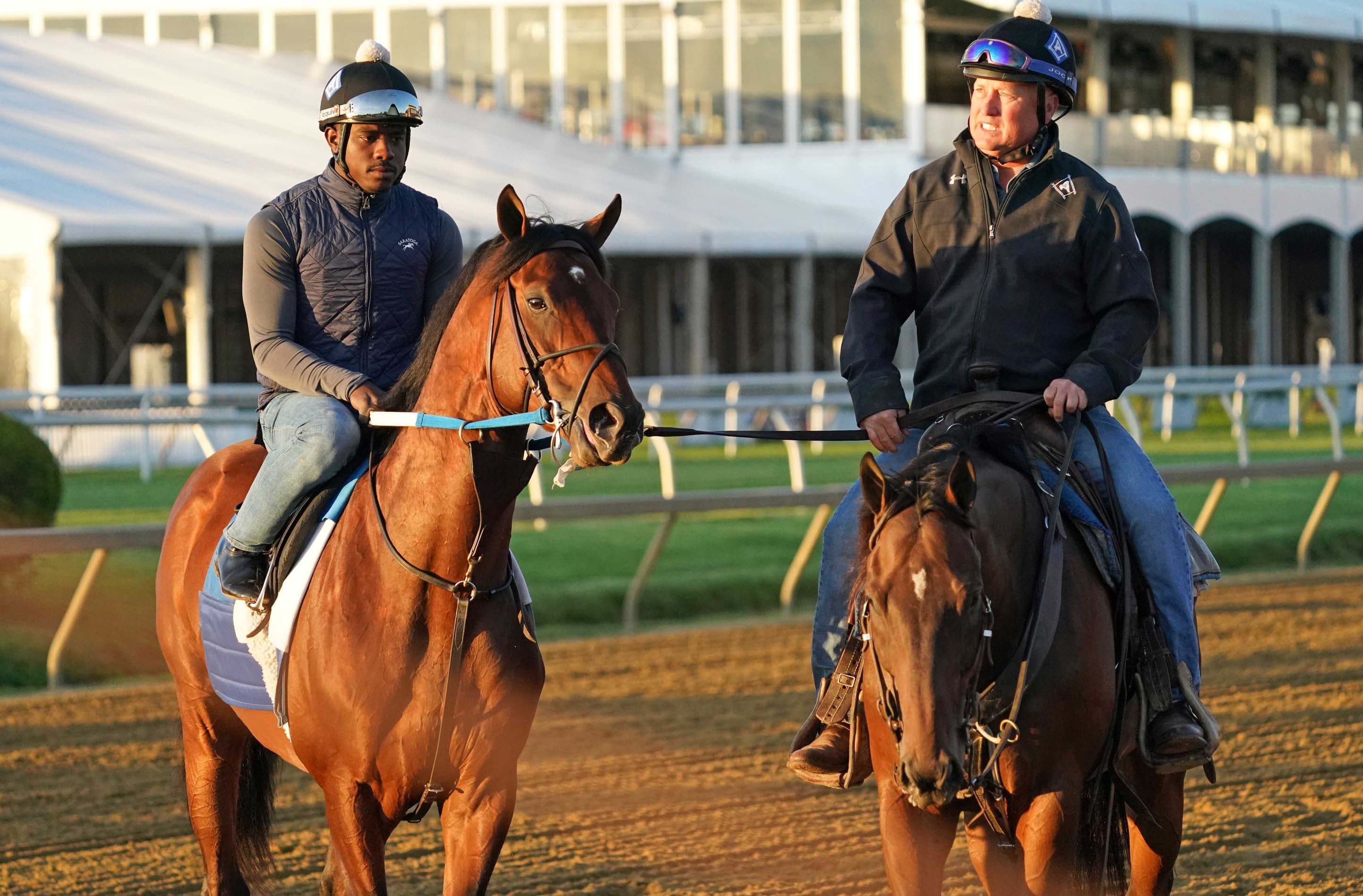